How to calculate apoapsis of sub-orbital trajectory?

I have made a RK4 simulator for launching a cannonball from a tower. Which has the state variables:

To simplify it, working in only 2 dimensions (orbits on equatorial plane) and ignoring the cannonball mass since M is much greater then mass of cannonball. The cannonball also moves ballistically (no air drag etc). 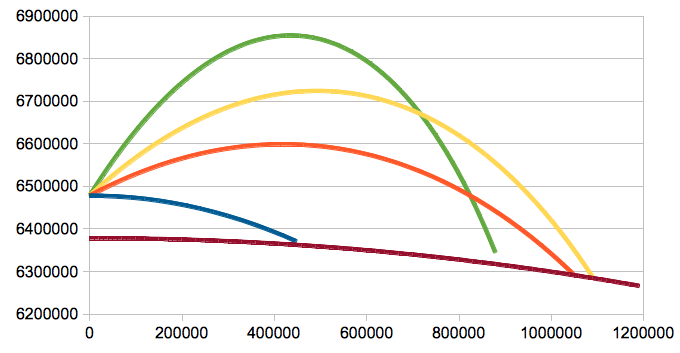 I want to be able to calculate the apoapsis of the orbit, what is the formula given v, r and M?

23
Do you need 0 km/s velocity to crash into the sun?
8
How far away will I get if I'm --just under-- escape velocity?
6
Why does the eccentricity vector equation always equal -1?
1
Where can I find simple-ish math(s) about Moon launches from Earth and fuel consumption etc.?