Which spacecraft far from Earth have arc second resolution cameras that could measure Betelgeuse's position?

All hands on deck! We have to measure the distance to Betelgeuse ASAP because Recent headlines saying that Betelgeuse is much closer than we thought, and they point to Standing on the Shoulders of Giants: New Mass and Distance Estimates for Betelgeuse through Combined Evolutionary, Asteroseismic, and Hydrodynamic Simulations with MESA which proposes in the abstract

which is based on extensive modeling and then comparing to photometric data.

Compare that 168 parsecs to Wikipedia's 220 parsecs! 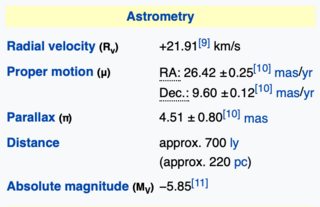 then see What will it finally take to accurately measure the distance to Betelgeuse?

My question in Astronomy SE Can New Horizons be used to measure the distance to Betelgeuse (despite its fickle photocenter)? might end up with a positive or negative answer. New Horizons is out at about 50 AU, but it's hard to say what can be done with LORRI. Deep sub-pixel astrometric position measurements are "standard" meaning doable with the proper equipment and careful processing.

The point there is that because Betelgeuse is a weird lumpy brightness blob that's constantly changing, and normal parallax measurements have to wait for the Earth to move back and forth around the Sun a few times to separate out parallax, proper motion, and any instrumental effects, one could take advantage of simultaneous measurements using a deep space spacecraft and and a cis-lunar (e.g. Hubble) or Earthbound telescope to snap two photos at nearly the same time but with a wide separation.

Question: So I'd like to ask besides New Horizons (asked there already) which deep space spacecraft have high resolution (circa arc second) cameras that could image Betelgeuse against a nearby background of stars many times in order to try to get astrometric positions of this bright star?

The camera on Juno seems unlikely to be good enough (field of view of 58 degrees!) and the Voyagers no longer have functioning cameras.

However, if you head back a bit closer to Earth, the Mars Reconnaisance Orbiter might in principle be able to do the job? The HiRISE camera has a theoretical resolution of one microradian, or ~0.2 arcseconds. Detailed technical descriptions are available here - I don't think I'm competent to say for sure if it could be used for this purpose, but it looks positive and I don't see an obvious blocker.

Per that last paper, one of the commissioning tests they used during the Earth-Mars cruise was imaging [part of?] the Omega Centauri cluster - I haven't been able to trace the full images for this, but they might be a very effective proof-of-concept in terms of brightness range and so on. One problem, though, is that HiRISE has deteriorated over time, and is no longer in the state it was in fifteen years ago. Some blurring issues were picked up in 2018, and while they're now apparently resolved, the CCDs are definitely aging and getting noisier...

One other big question would be whether any stars in the immediate vicinity of Betelgeuse are bright enough to work with. HiRISE has quite a narrow field of view (1.4 degrees) and it's possible nothing within a degree of Betelgeuse is bright enough to be picked up without overexposure, the same problem as LORRI. There may be ways around that, though.

Not the answer you're looking for? Browse other questions tagged deep-space imaging space-telescope camera or ask your own question.

6
How many spacecraft have taken a "Pale Blue Dot" type photo of the Earth from beyond cis-lunar space?
3
Which deep space spacecraft had main dish antennas that were perforated or made from mesh?
3
How many spacecraft deployed from the ISS have escaped Earth orbit? Are there plans for any in the near future?
1
How well could the New Horizons spacecraft localize itself in space in 3D using parallax?