What mission is this Chris Hadfield photo associated with and what is the location? And what is that thing?

Many, many astronauts have gone on to be wonderful orators, educators, advocates for science, education and positive thinking, Major Tom Colonel (ret) and (fmr) ISS Commander Chris Hadfield is just one of them. I linked to a video in which he appears in this answer at 02:41 because of his plain-spoken clarity.

But go back to 02:26 and there's a file photo of Hadfield in a space suit. There's a mission patch and several other visual clues in the photo.

Question: What mission is this photo of Chris Hadfield associated with and what is the location of the photo? What is that ~30 cm mirror-like thing to their right (our left)? 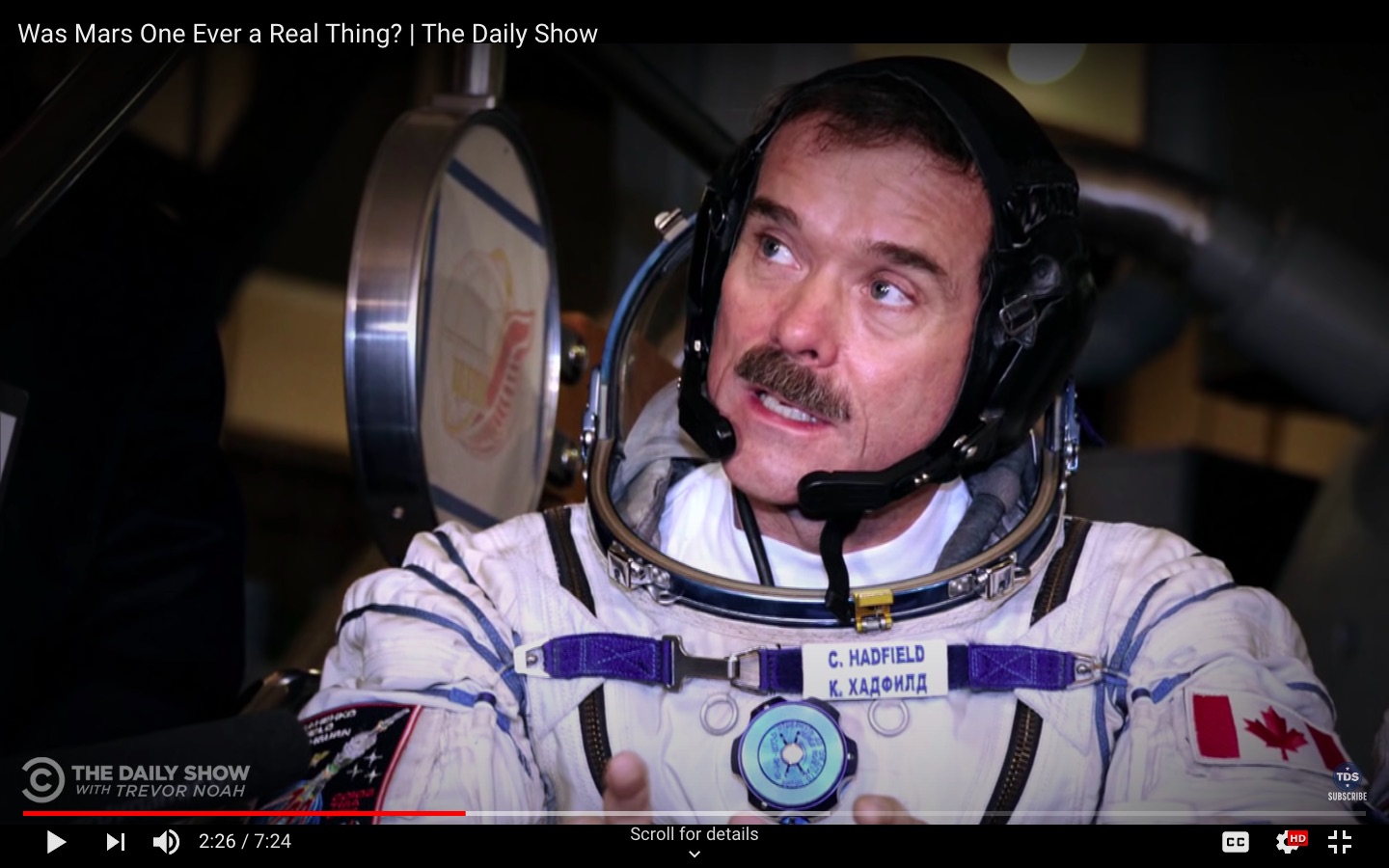 What mission is this photo of Chris Hadfield associated with

and what is the location of the photo?

What is that ~30 cm mirror-like thing to their right (our left)?

It's a frame for the insignia of the training center.

Here's a picture of the full crew in front of the Soyuz simulator with the logo at left and right. 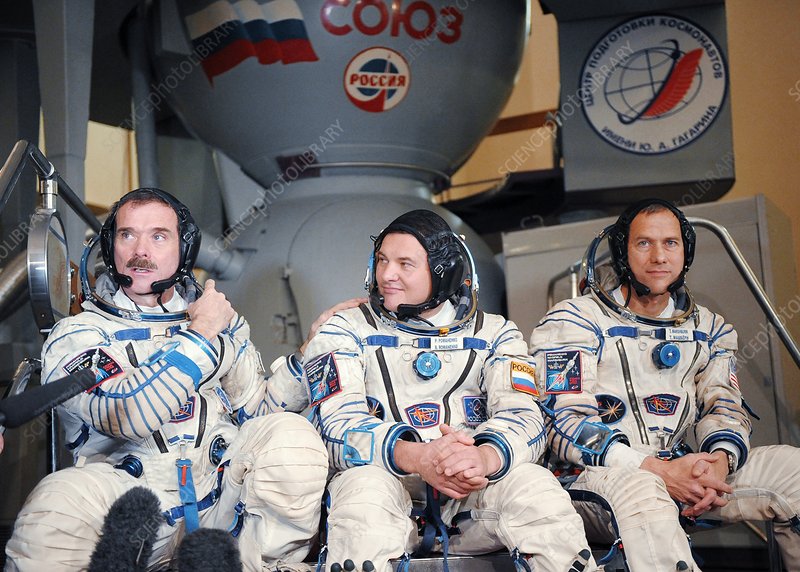 Caption: Space Station crew. Three members of the Soyuz TMA-07M crew that formed part of the Expedition 34/35 team on the International Space Station. Left to right are: Chris Hadfield (Canada, b.1959); Roman Romanenko (Russia, b.1971) and Thomas Marshburn (USA, b.1960). TMA-07M was launched on 19 December 2012. These three returned to Earth on 13 May 2013. Photographed during training at the Gagarin Cosmonaut Training Centre at Star City near Moscow, Russia.

This article confirms the id of the logo, although it appears to vary slightly in all three depictions, even the ones to the left and right of the simulator. 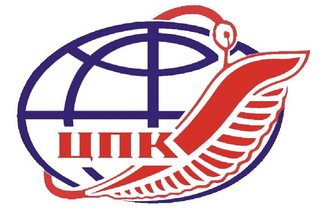 Here's another picture of the simulator from here. 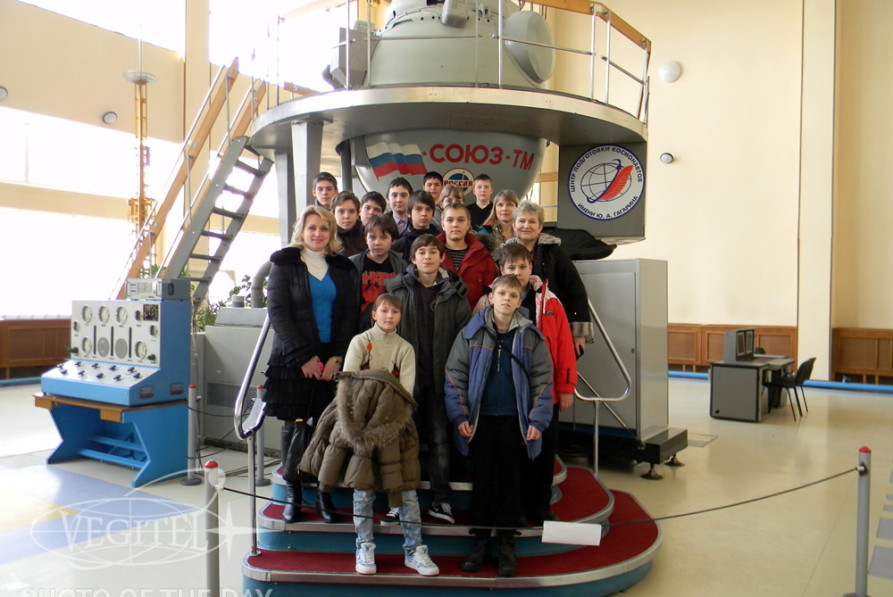 I don't have the exact context but he appears to be wearing the Sokol spacesuit. It is used when launching to or returning from space with the Russian Soyuz spacecraft. He only did his last mission (Expedition 35) with the Soyuz. This being the one where he was the ISS Commander.

Not the answer you're looking for? Browse other questions tagged crewed-spaceflight identify-this-object spacesuits insignia mission-patch or ask your own question.

3
What is the story behind NICER's mission patch?
1
What is this tiny articulated dish antenna-like thing on Zvezda?
2
What is the blue box that the Exp. 53 Astronuats/Cosmonauts carried with them?
6
What does the four-leafed clover on mission patches produced by SpaceX signify?
11
What does this SpaceX tweeted photo show and what causes the pure red and blue color?
3
What spacecraft part is Mike Pence touching in this photo?
2
What is this red spacesuit made out of, and why is it red?
5
Who transliterates non-Russian names into Russian for space-suit name tags?
13
What is this long truss associated with Mir?
7
What is this thing on the right of the frame in this photograph? (STS-71)