Is this plot of deep space trajectories correct? Did most launch retrograde from Earth? Why do some change direction between planets?

But later in the mission the article shows the plot below. Since the planetary orbits are fixed I assume this is in an inertial frame.

Is it possible that the plot mixes frames somehow? I can't make heads or tails of these plots.

The diagram you show is the digital version of a drawing by someone with an Etch-a-Sketch: completely inaccurate. The diagram below is accurate, showing Pioneer 10 & 11 and Voyager 1 & 2 trajectories in a heliocentric, inertial reference frame, of course with the ecliptic N-S dimension collapsed. No retrograde, no dog-legs between planets.

Every now and then a spacecraft will do a broken plane maneuver (illustrative figure here) between planets but the trajectory-change angles involved are very small; by far the largest component of those maneuvers is in the ecliptic N-S direction, so they wouldn't show up on these diagrams anyway.

This is not to say that no mission headed to the outer solar system can launch retrograde with respect to Earth, i.e., slower in an inertial heliocentric frame than Earth. Multiple missions have used Venus gravity assists, along with Earth gravity assists, to get to Jupiter. To get to Venus you have to slow down from Earth's orbital speed. But this is a far cry from launching to retrograde motion in a heliocentric, inertial frame; the idea of doing that with current launch vehicles would get trajectory designers laughing. 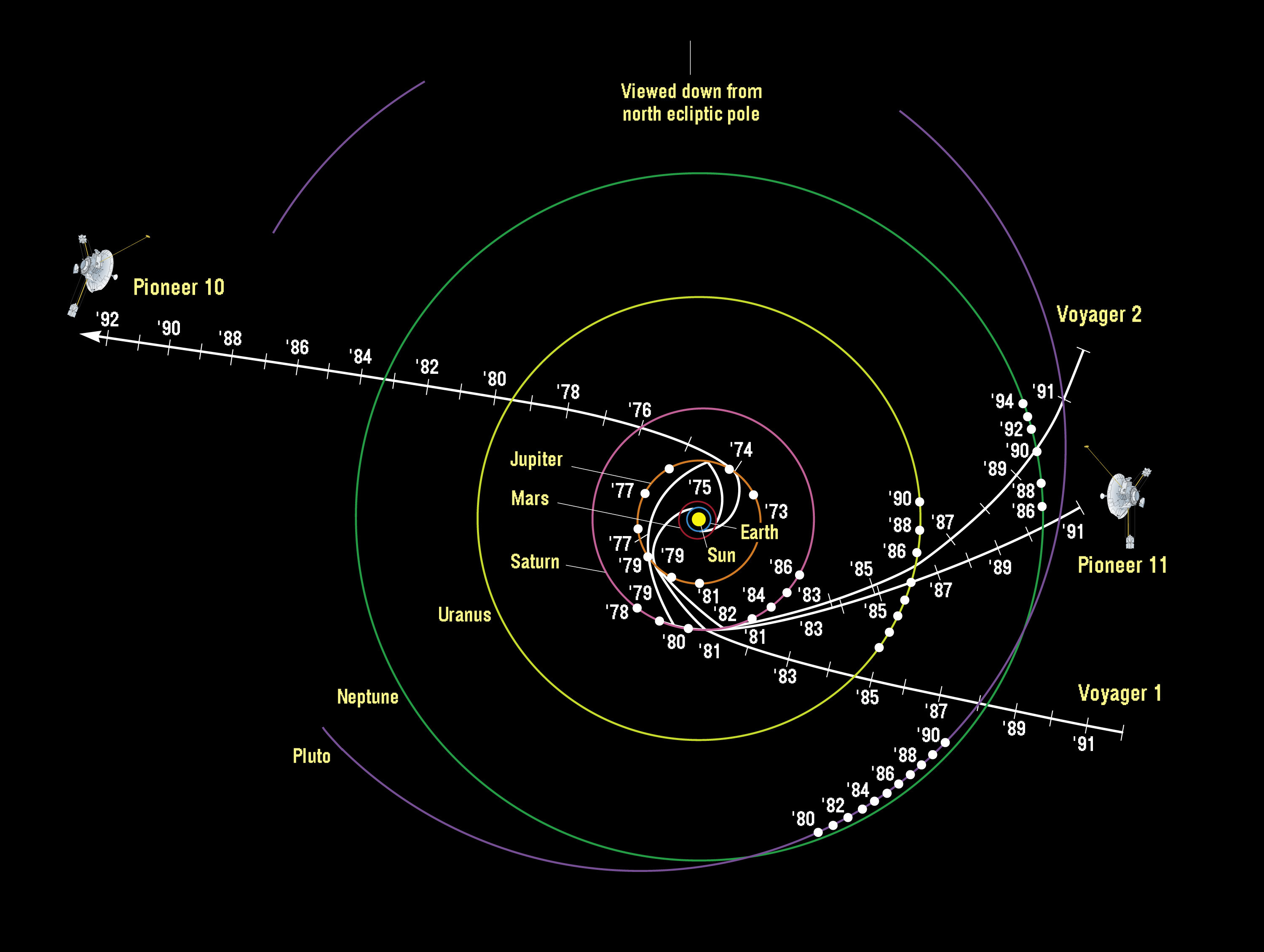 Not the answer you're looking for? Browse other questions tagged orbital-mechanics trajectory mission-design simulation visualization or ask your own question.

10
Are there any accurate velocity plots of all spacecraft that achieved escape velocity from the solar system? (Pioneers, Voyagers, & New Horizons)

4
Was this large pieces of "space junk" just released from the ISS in the "nadir and retrograde" direction?
8
Why shouldn't we illustrate spacecraft trajectories on top of static zero velocity pseudo-potential surfaces?