How was the Skylab 'parasol' deployed?

The parasol shield set up by the first Skylab crew was deployed through a scientific airlock. How did they control this when the inner hatch of the airlock must have been closed?

There's a great writeup on this in the NASA tech paper The Skylab Parasol.

Big picture, the parasol was packed into an airtight box that attached to the inner door of one of the scientific airlocks. This airtight box preserved the Skylab's pressure integrity since both airlock doors would have to be opened at the same time. The box/rod system had previously been developed for a photometer experiment which was planned to be extended out of the scientific airlock.

Once the box was mounted and configured, the outer door was then opened and the parasol extended out. The crew had to add the threaded extension rods one at a time.

Once it was out far enough for the telescoping spreader arms to swing up freely, pushed by springs, that was accomplished, and the central shaft was then retracted until the parasol was basically flush with the outer hull. The crew removed the extension rods one at a time as they retracted the parasol. 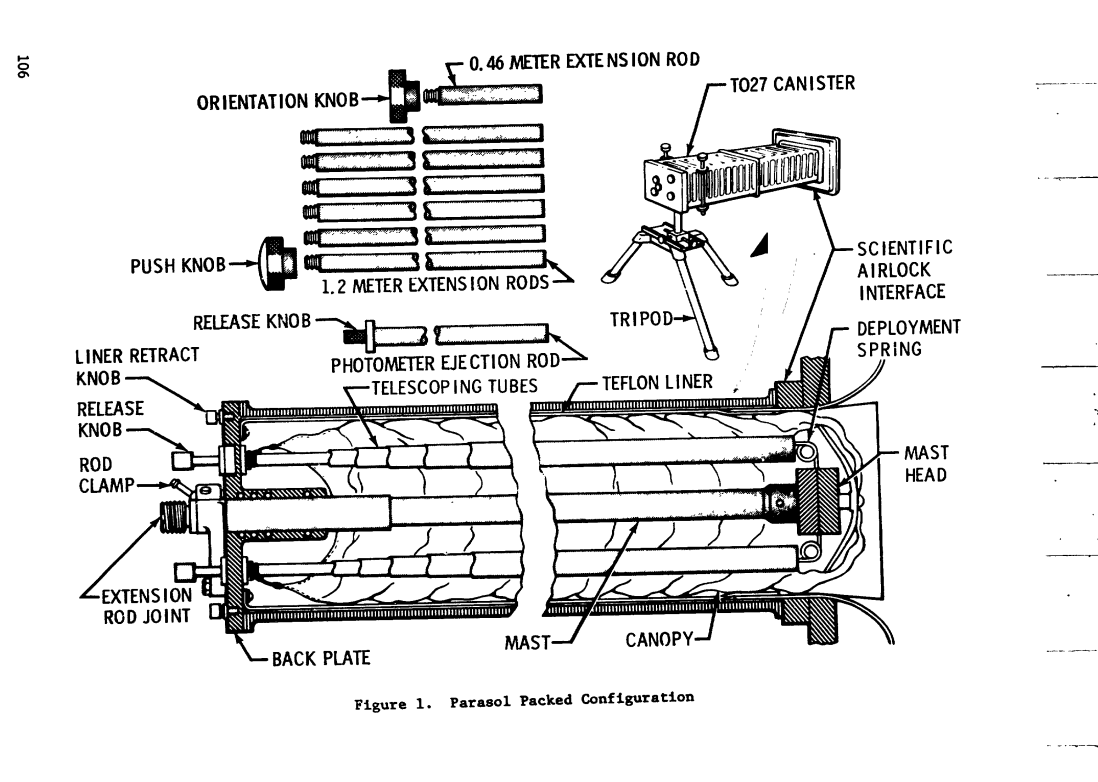 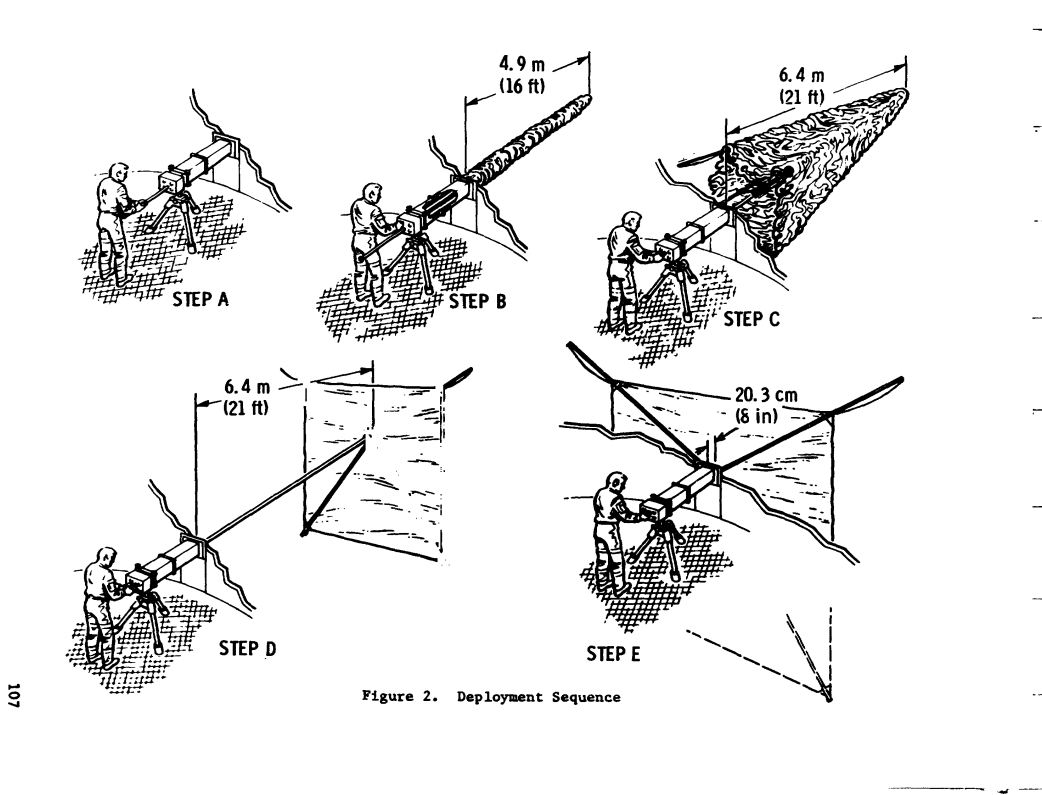 The parasol deployment box was left in place for the duration of the Skylab missions. This was required because the parasol was still mounted on the extension rod, which still passed through the seal at the end of the box, both open airlock doors, and out past the outer moldline. 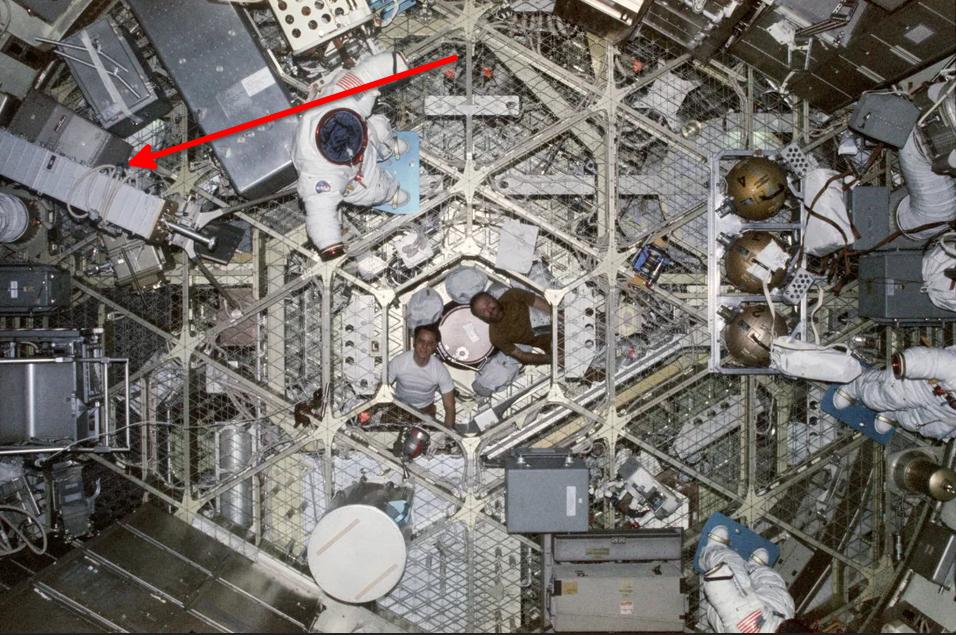 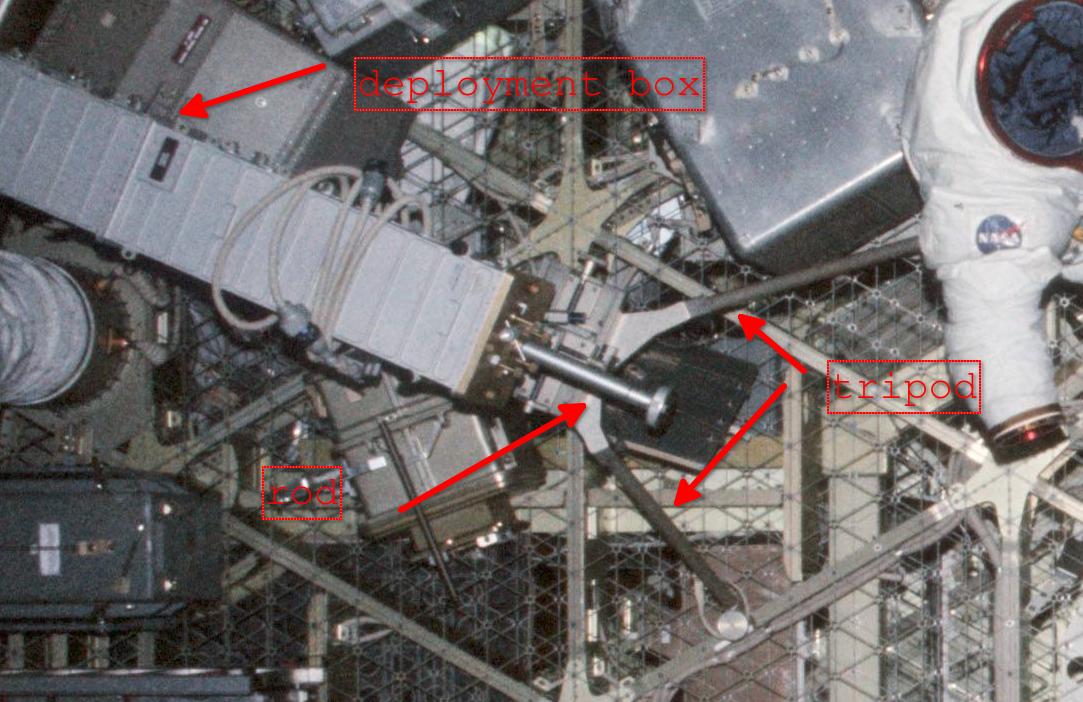 (last 2 pictures by NASA, cropping and annotation mine)

This New York Times article about Jack Kinzler, the inventor of the Skylab parasol seems to answer that.

The parasol was built out of telescoping fishing rods, spring loaded.

Which means the structure could be compressed into the airlock, the inner hatch closed, and when the outer hatch was opened, the spring would uncompress. 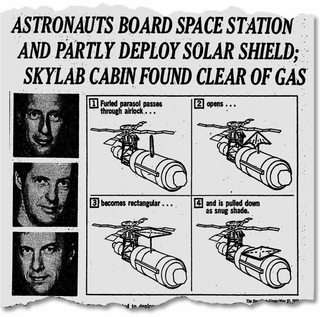 4
How were the Skylab solar panels stored and deployed?
3
Did Skylab astronauts really "go outside" to look at comet Kohoutek? If so, why?

15
Why was Skylab allowed to fall, instead of being pushed into a higher orbit and preserved for the future?
10
Did Skylab have a fixed orientation?
15
How was Skylab's orbit inclination chosen?
3
How many times would two astronauts have to run around Skylab to turn it by 10 arc minutes?
2
Roughly what fractions of the time did Skylab spend in Earth-oriented and Sun-oriented attitudes?
4
Where did the Wake Shield Facility end up?
53
Is the Skylab 4 mutiny just a myth?
4
How were the Skylab solar panels stored and deployed?