One thing they did wrong was the technology the used for their engines. “They had some Achilles’ heels associated with their technical approach. They were trying to use a propellant combination that was untested in the industry,” said Chris Barker, who serves as Vector’s chief rocket scientist. “They were struggling with trying to get performance that they knew they needed for a small launcher to be successful, and ultimately their test program was unsuccessful.”

Question: In this case, was propylene as a rocket fuel "failure to launch" not due to any fundamental reasons or impediments, but it's just the way things worked out1, or was switching to RP-1 required for technical reasons associated with the fuel itself, its performance, or its supply? 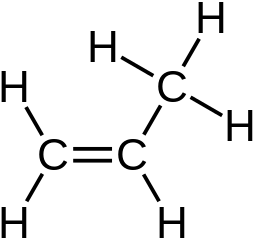 That looks absolutely delicious, we'll have that! said the oxygen molecules

4
Challenges of using propyne (aka methylacetylene) as rocket fuel
8
Vector-R's LP-1 and -2 engines use liquid propylene as fuel with LOX, advantages and distinctions from kerosene or propane?
5
What was the influence of the military in the decision to use kerosene as fuel for LOX?
6
Density of propylene when used as rocket fuel, and advantages (if any) over RP-1?

10
What is required to produce rocket quality methane fuel and oxygen from Mars' atmosphere?
13
How would the Saturn V have differed if the first stage was also LH2/LOX?
7
Combination of liquid hydrogen and liquid oxygen
3
Is there a chemical propellant combination with Isp between Methalox and Hydrolox?
11
Can we use liquid propellants in amateur rockets?
8
Vector-R's LP-1 and -2 engines use liquid propylene as fuel with LOX, advantages and distinctions from kerosene or propane?
6
Density of propylene when used as rocket fuel, and advantages (if any) over RP-1?
4
Challenges of using propyne (aka methylacetylene) as rocket fuel
7
Why can’t cryogenic propellants be storable, at least on the ground, via refrigeration?
5
Are rocket fuels and LOX pure or are there additives?