Is lunar lithobraking 1. survivable and 2. cheaper than a rocket landing?

If your goal is simply to deliver a science package somewhere on the moon, might it be easier and cheaper to design the package to survive lunar impact? As an example, consider the Lunar X Prize, with the goal to land a device that can transmit HD video back to Earth.

The question has two parts. 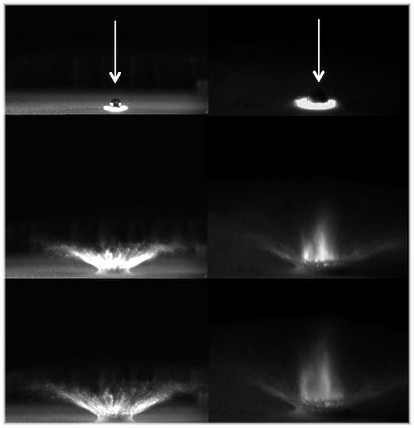 Fundamentally, all landers eventually use lithobraking - it's called touchdown, and the last few m/s are shed that way. Apollo lunar lander landing gear were design rated for a maximum of 5 feet per second vertical velocity at touchdown.

Currently, artillery electronics can be hardened for short duration 30000 Gee accelerations according to public data; it's almost a certainty that the actual numbers are higher. Similar decelerations are acceptable provided the electronics are designed for that.

In order to survive this, special construction techniques are needed, and the types of experiments are limited severely.

The speeds needed for orbit are high enough that lithobraking is implausible for a a sole method even for the best hardened projectile electronics.

For translunar or more distant missions, the speeds and energies are higher still, and a shallow graze would result in a skip into orbit or past the target.

The Pathfinder Rover is considered to have used Lithobraking via it's airbag bounce landing. This was used to shed a 14 meters per second at 18 G peak impact - too high for human safety, but well within human survivability. And, since it performed multiple science activities, easily within the realm of delivery for science payloads.

Similar systems could be used on the moon, albeit with much longer runs and higher bounces.

The two competing issues are price and mass. For the Pathfinder rover, it was competetive; I've read (but cannot cite) that it was more expensive than rocket, but thought to be more likely to succeed. It was not more mass-efficient, but wasn't severely higher, and offered a number of other failure mode advantages.

The system was not practical when scaled up for larger rovers - both mass and price resulted in a return to thrust based.

I am not aware of any penetrator designs with actual electronic science instruments and telecommunications equipment that have been shown to survive 2 to 3 km/s impacts, which would be required for an unassisted impact on the Moon. Penetrators are designed for hundreds of m/s, so you would need a rocket to remove about 99% of the energy before you could expect even a penetrator designed specially for that purpose to survive.

21
Is there any way to land a rover on the Moon without using any thrusters?
2
Could a shuttle be built for Mars?
5
Has lithocapture ever been seriously considered as a method of entering orbit around a planet or moon that lacks any atmosphere?

22
How did the Apollo astronauts train for the 1/6G lunar landing?
12
Do lunar landers communicate with ground stations during descent and landing?
23
Why did the Apollo Lunar Module have four landing legs?
6
Insight on EDM Schiaparelli's IMU error and subsequent failed landing
38
Flung debris in lunar landing
4
What did JPL's 1939 lunar lander look like and what practical aspects of landing on the Moon did this engineering design address?
8
Were Soviet plans for a manned lunar landing always lunar orbit rendezvous?
3
Lunar landing in cotton candy?