The image in this answer shows the Saturn Instrumentation Unit (I.U. in the picture) in its usual position above the Saturn V third stage, at the launch of Skylab 1. What happened to the IU after the space station achieved orbit? Was it retained as part of the station (possibly becoming the station's computer), or was it jettisoned? 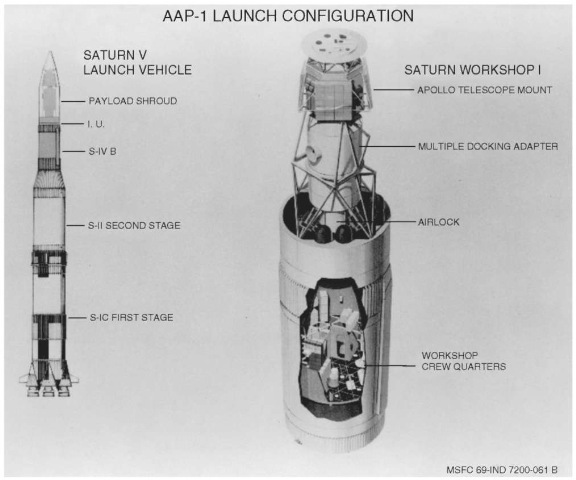 The Instrument Unit was retained after Skylab reached orbit, and was instrumental (sorry) in configuring the station for orbital operations.

From Skylab: A Guidebook:

Control of the Saturn V launch vehicle during launch and powered flight will be accomplished by guidance and control systems located in the Instrument Unit. This function will be maintained by the IU throughout Skylab orbit insertion and deployment. Equipment in the IU will first guide the launch vehicle from the moment of liftoff through the separation of Skylab from the second stage of the Saturn V booster. After separation, the IU will provide commands to various Skylab systems which in turn will rotate the Skylab by 180°, turn on refrigeration systems, jettison the payload shroud, roll the Skylab until the Apollo Telescope Mount points toward the Sun, deploy the meteoroid shield that envelops the Workshop, and pressurize all the compartments with oxygen (Skylab will be filled only with nitrogen during launch). The solar arrays on ATM and on OWS will be deployed upon command from the IU or by command from the ground. All these functions will be completed about 7.5 hours after orbit insertion. The batteries energizing the IU will be depleted soon after this time. From then on, the Instrument Unit will be passive.

The IU was retained on the station, inert, after that. There was no need to jettison it, and no capability to do so. The IU is visible in this photo taken from the departing Skylab 2 command module:

The IU is the narrow black band above the white band circling the orbital workshop portion of the station. You can barely make out the "+Z" label painted on it, indicating the Z/yaw axis of the station's coordinate system.

Not the answer you're looking for? Browse other questions tagged saturn-v skylab or ask your own question.

6
What did Skylab 1 carry in its nosecone?

16
In the Saturn V launch sequence, what defined COMMIT, and what happened between COMMIT and LIFTOFF?
14
Why was the Saturn V considered to be human-rated after Apollo 6?
10
Is this really the Saturn V computer only, or are there other systems here as well?
1
C-band radar in Saturn instrument unit?
10
At what altitude did the Skylab space station disintegrate?
10
How was the Skylab 'parasol' deployed?
6
What did Skylab 1 carry in its nosecone?