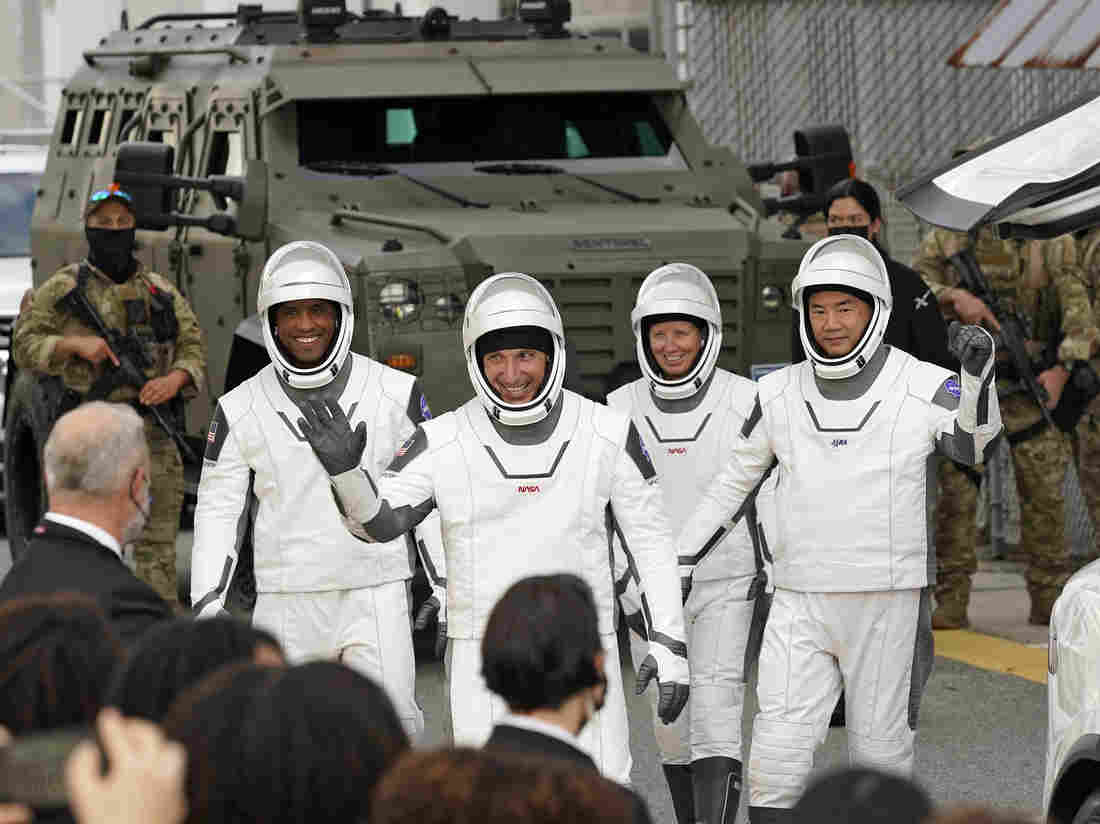 The photo in NPR's 4 Astronauts Aboard SpaceX Crew Dragon Successfully Dock With Space Station shows the four astronauts standing in front of a serious-looking military vehicle flanked by at least two individuals holding what looks like semiautomatic weapons.

At first I thought that there was also a SpaceX ninja directly behind Noguchi, but I was mistaken.

Astronauts (from left) Victor Glover, Michael Hopkins, Shannon Walker and Japan's Soichi Noguchi wave to family and friends as they leave for the launch site on Sunday. John Raoux/AP

And then, these highly-visible symbolic heroic figures get into straight jackets that make it impossible for them to run, hide, duck, or cover, and strap themselves to a giant bomb!!!

That is every terrorist's dream. Terrorists want to terrorize. Challenger and Columbia were extremely deep shocks to US society, even without an actual terrorist being involved.

For this particular launch, you also have the first African-American ISS crew member launching right in the middle of highly-volatile and charged race relations. So, not only do you have the "normal" pool of "hates America" and "hates the government" terrorists, but you add white supremacists into the mix as well.

I'm not sure whether there is such a thing as a misogynist terror group, but if there is, they might get triggered by a woman astronaut who has held multiple management positions at NASA and will become commander of the ISS in April.

NASA KSC has their own SWAT team, and their uniform patch has the year the unit was founded on it: 1979. So, the Kennedy Space Center has had its own special operations para-military police force for over 40 years.

While they are not as well known as for example LAPD's SWAT, NYPD's ESU, the FBI's HRT, or the German Federal Police's GSG9, they consistently rank among the top teams in international SWAT competitions.

We can assume that their purpose is not to mow the lawn, so enhanced security must have been in existence since at least 1979.

In particular, the article about the KSC SWAT team on NASA.gov is in the context of the 2005 Space Shuttle return-to-flight, so at least for this particular Shuttle launch, they are explicitly mentioned in an article by a NASA journalist.

Is this the new normal, i.e. a standard procedure going forward?

Given the above, I would argue it is the old normal.

It is not a new thing. 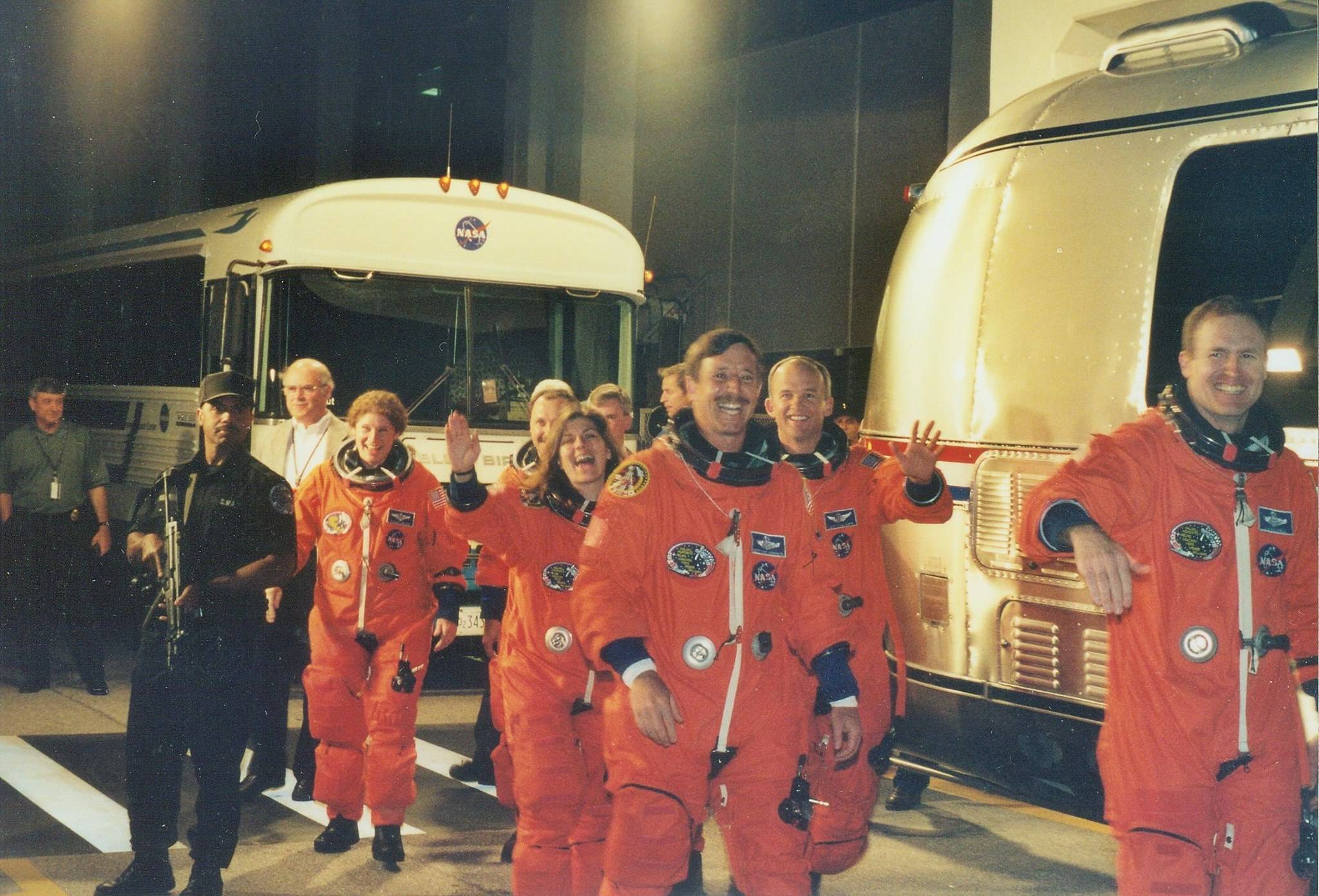 The guards were not only on the ground. 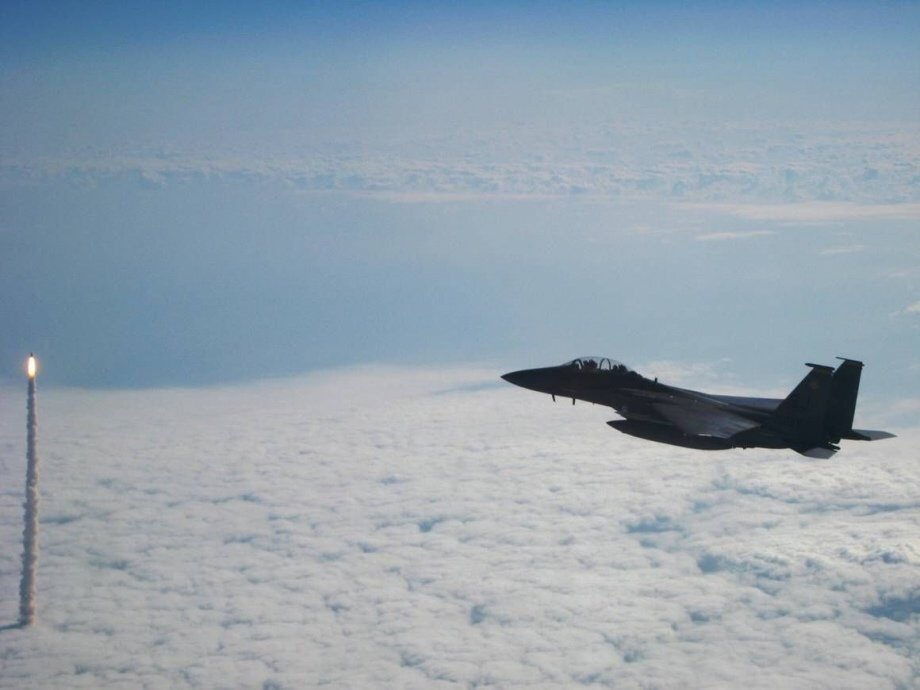 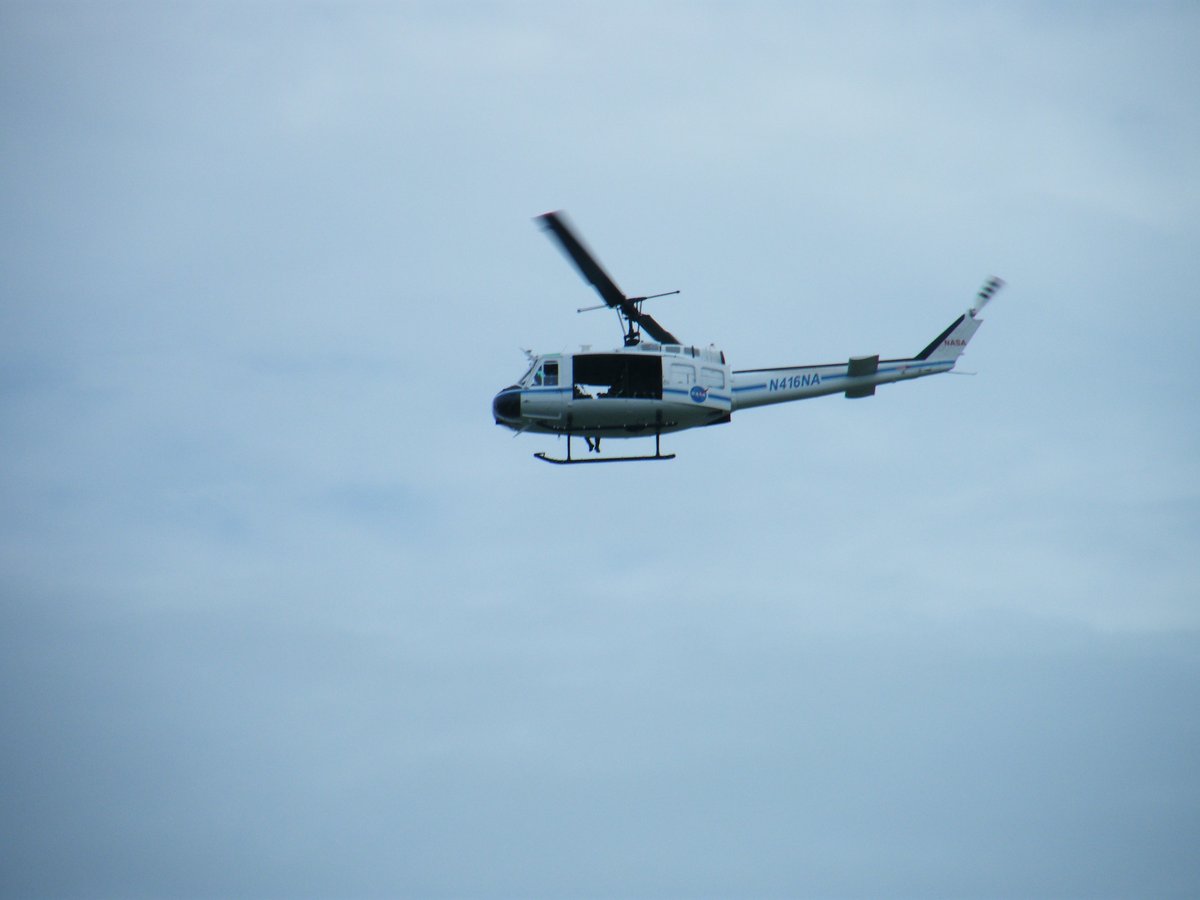 Outside of security for crew safety, astronauts also represent millions of dollars in investment by taxpayers. I realize this is not a fun topic, but the astronauts do have a monetary value, and a large one. The cost to taxpayers to train each astronaut is roughly $15,000,000. Banks use armored guards to transport cash in much smaller amounts.

Also, the armed guards and APC seen during Demo-2 and Crew-1 only represent a small portion of the security for a launch. There is also a Huey helicopter for air support, dozens of guards and police officers, and the airspace is also often secured by USAF fighter jets. I would also not be surprised if DHS and NRO run signals intelligence and monitoring leading up to and during the launch. Not to mention that the entirety of KSC is likely covered by cameras and sensors. It's important to remember that these pads have been used to launch some of the most expensive and secretive payloads in human history and the US has the assets in place to protect them.

16
Were crew assignments ever made to avoid grouping astronauts with similar first names?
4
Why were the Little Joes launched from Virginia?
5
Why does the ISS occasionally operate with just 3 crew members?
13
Why do they make the astronauts sit in Crew Demo-2 for so long before launch?
36
What are these shiny wrist plates worn by astronauts in the SpaceX crew capsule
21
Why is the SpaceX crew-1 mission more important than the previous one (demo-1)?
6
What force do the armed guards guarding the Crew-1 crew belong to?
2
What would happen if the crew launched to dock with the ISS were incapacitated?