What are ALL the characteristics for for human habitability of worlds?

We've got a good head start at our original table here, but is there anything else we need or have missed that impact on human habitability of worlds? It's helpful to compare and contrast places in the solar system? (The original table comes from https://bit.ly/3pH1i3T) 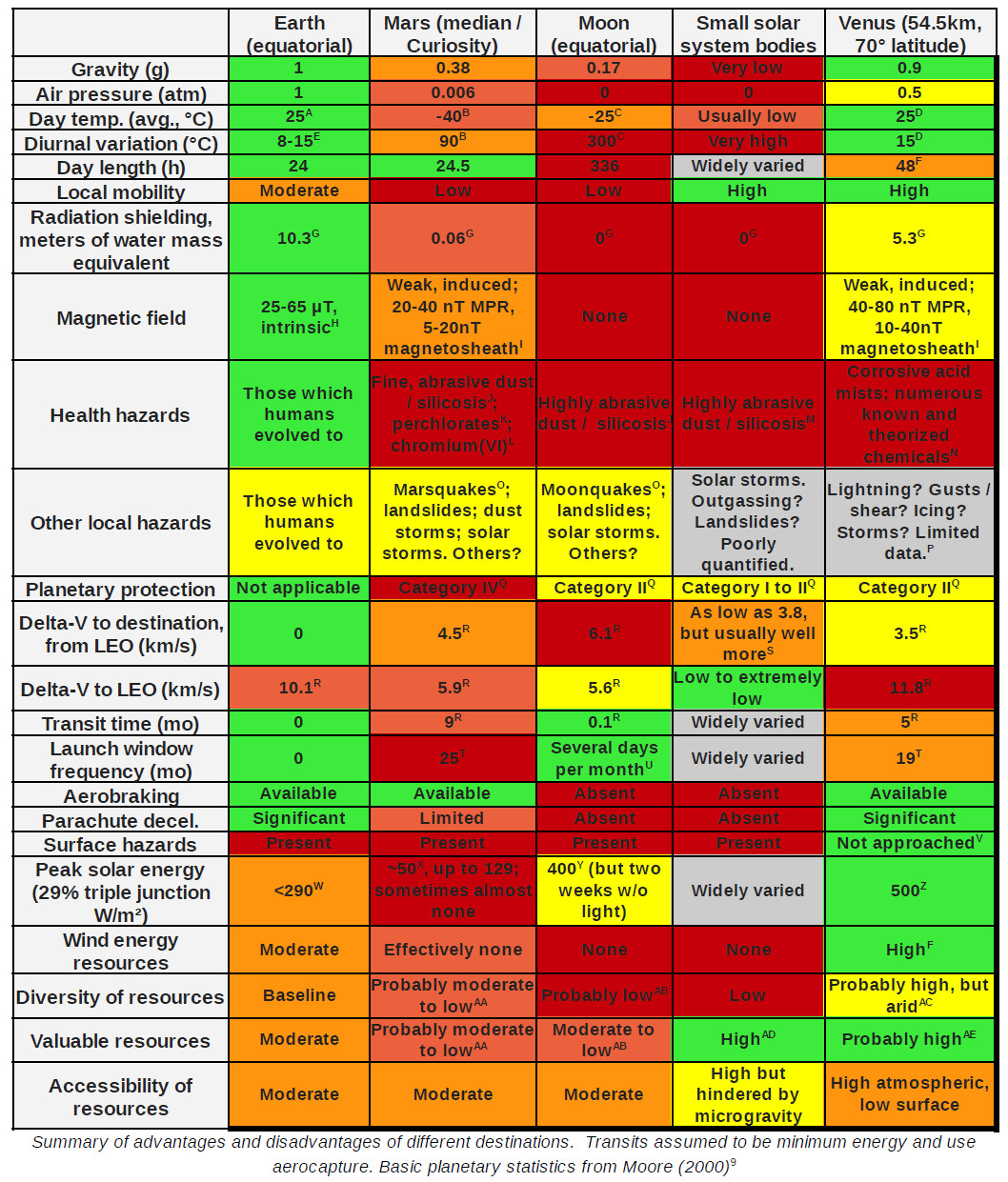 If by "human habitability" you mean "a world on which an unprotected human can survive for at least some time", then the requirements are pretty stringent. Off the top of my head:

For longer-term habitability, you'd need water and soil that allows the growth of Earth life, so that humans can grow their own food. You'd also want a non-flammable gas in the atmosphere (e.g. nitrogen) to dilute the oxygen and so reduce fire risk.

On the other hand, if you allow for technological assistance, then the requirements are less stringent. For example, allowing the humans to have breathing gear means that they no longer need O2 in the atmosphere or care about toxic gases. A reasonably thick atmosphere would still be required, to protect against radiation, prevent formation of abrasive regolith and because humans don't do well at low atmospheric pressures.

Not the answer you're looking for? Browse other questions tagged mars the-moon venus habitat goldilocks-zone or ask your own question.