Did some Shuttle flights really have no spacesuits aboard? [duplicate]

Ask Question
Asked 10 months ago
Active 10 months ago
Viewed 72 times
3
$\begingroup$
This question already has an answer here:
Did every shuttle flight after STS-5 carry EMUs onboard? (1 answer)
Closed 11 months ago.

According to this source, pages 378-382 and 406, there were no launch suits for Shuttle missions STS-5 through STS-33. Instead, crew literally wore shirtsleeves during launch and re-entry, plus anti-G pants under their coveralls, and a small helmet called the Launch Escape Helmet.

Since many of these missions had no EVAs, does this mean that some Shuttle missions carried no spacesuits? 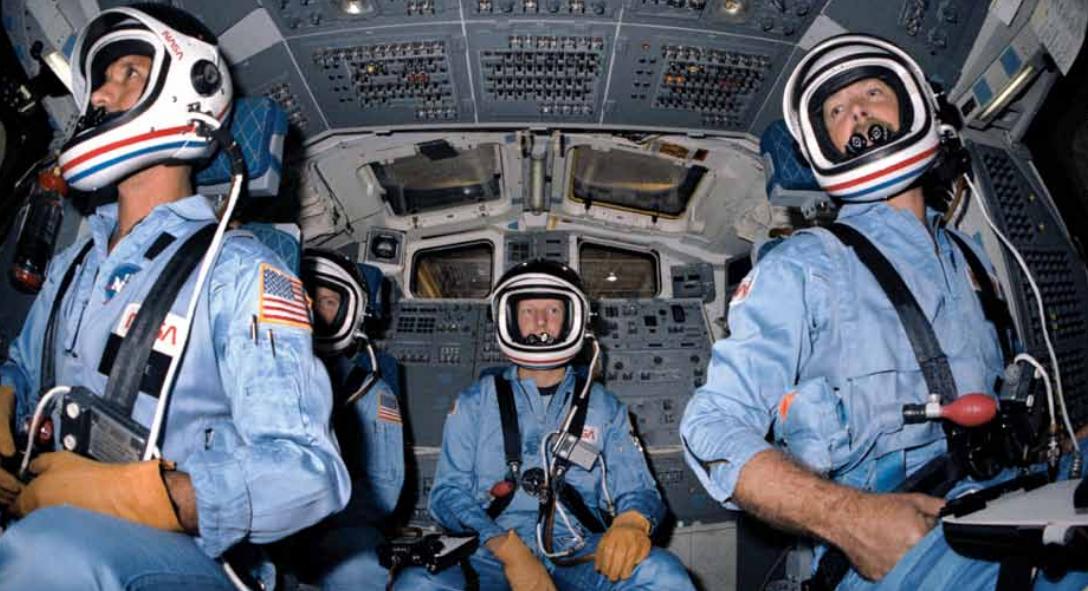 The Launch Entry Helmet (LEH) was donned via an unusual “clamshell” hinging mechanism that divided the helmet into joinable fore-and-aft, semi-hemispherical sections. [...] The resulting helmet, perhaps unsurprisingly, looked much like a full-pressure suit helmet, but it was not.

Even worse, the helmet had been previously tested and rejected by both the U.S. Navy and U.S. Air Force.

In reality, the only protection the helmet provided was against ambient noise during ascent, incidental bumping of the head against the inside of the crew module, and possible smoke in the cockpit.

Browse other questions tagged space-shuttle spacesuits or ask your own question.

8
Did every shuttle flight after STS-5 carry EMUs onboard?

12
How did they test early spacesuits in a vacuum?
15
Did some of the Shuttle fuel tanks actually orbit?
6
Why did some early Shuttle missions launch to high inclinations?
4
Why did Space Shuttle astronauts wear gloves upon reentry?
10
Did the medium range KTM tracking cameras for the Shuttle really have a "150 inch lens"?
11
Did the Shuttle payload bay have illumination?
9
Why did the hose connectors on Apollo spacesuits come in pairs?
4
Did the Space Shuttle crew have to worry about monatomic oxygen?