Has anyone seriously considered a space-based time capsule?

It seems likely to me that with climate change, pandemics, economic downturns, nuclear or biological warfare that our civilisation could quite easily lose the ability to get into orbit. We could even wipe out ourselves and the majority of species, and it could take many millions of years for something else to evolve and develop orbital capability again.

Has anyone seriously considered building a time capsule and putting it in a high orbit (or on the moon) so it would last for hundreds of millions of years? A good answer should contain links to studies, or project proposals, or well-researched articles on what such a time capsule could contain.

Perhaps a time capsule will feature prominently in one of these: What would be the (most difficult) challenge to make a 10,000 year satellite?

Answers to Is there really microfilm on the Moon? say yes and there weren't any microfilm readers taken along, so that's got some time capsule-like qualities to it.

This answer reminds us that bad boy Andy Warhol and others have some art on the Moon as well that may or may not require interpretation depending on who finds it. It's part of the Moon museum 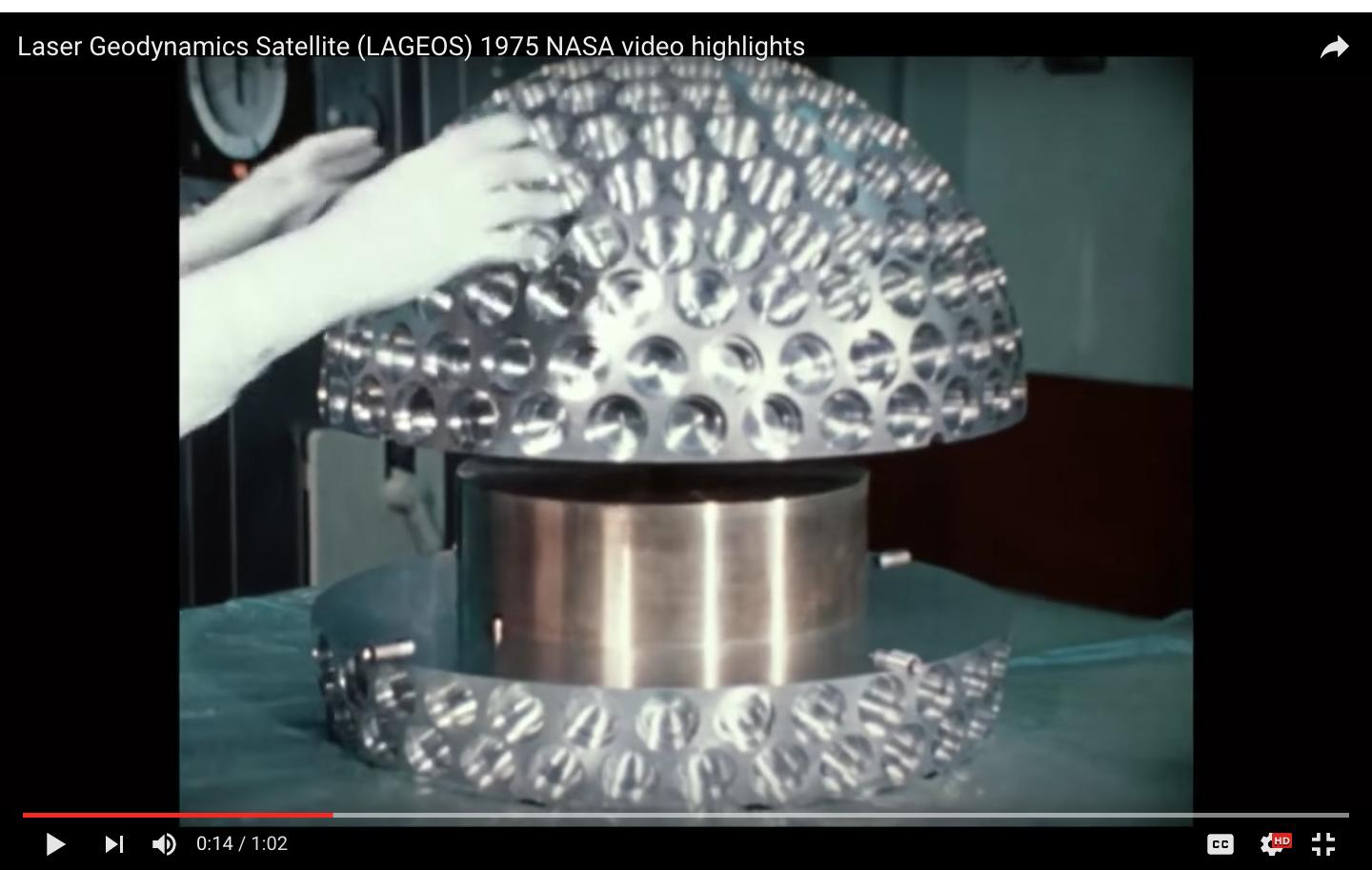 There are so many that this would require a separate question, and it may have been asked and answered already.

The chances of those threats causing the extinction of humanity, or even "just" the collapse of industrial civilisation, seem unlikely. For example, this Vox article summarises the discussion about the potential risks of climate change, and the consensus is that this would not be a civilisation-ending threat. There's also the many shelters that could preserve some of humanity even in the event of severe disasters. This doesn't mean we shouldn't plan for these threats and take steps to mitigate them, but it's important to remember.

As for your actual question, uhoh has already given a good answer about the various time capsules we already have in space. To expand on that answer, I'll mention the Voyager Golden Records sent via the spacecraft of the same name. These have a wide range of information like mathematical and physical quantities, chemical formulae, human anatomy and music. 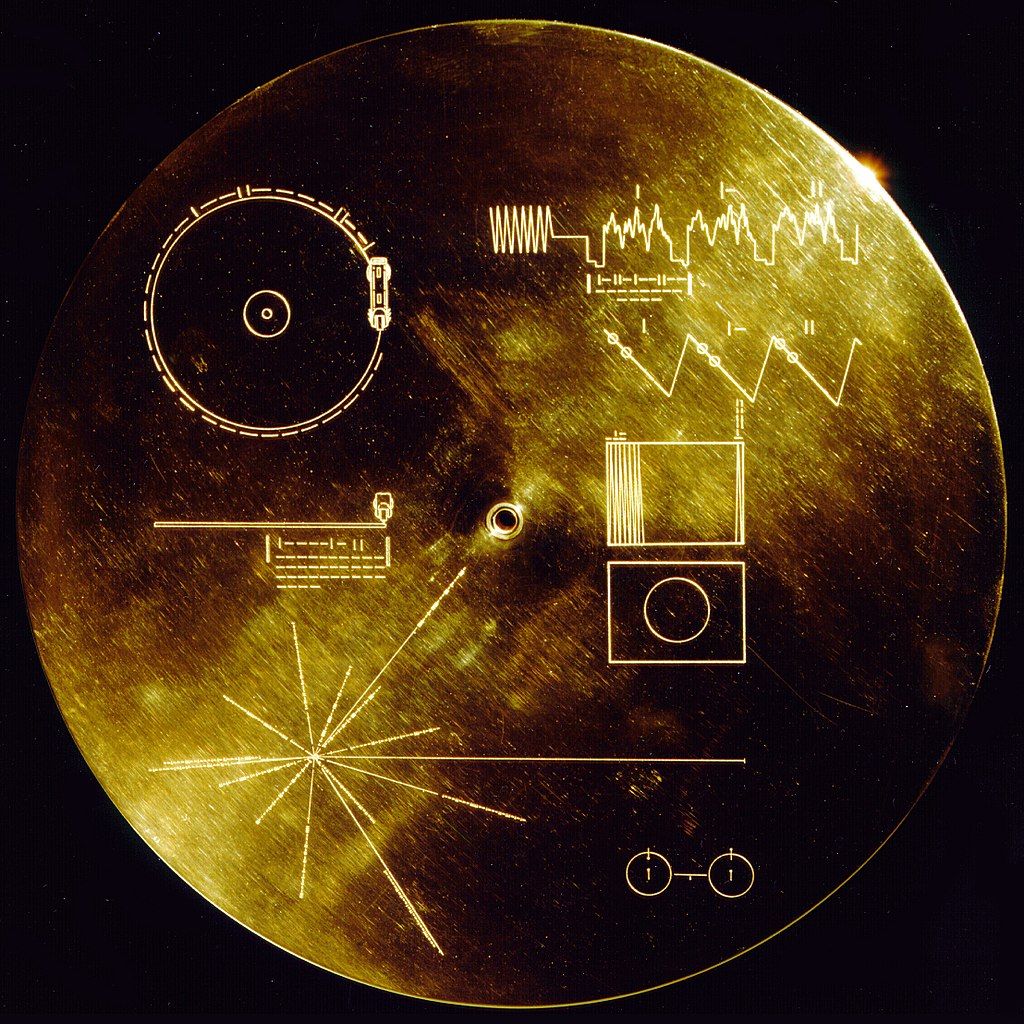 Putting a time capsule in space would be very expensive, the cost will be proportional to weight. So only compact, lightweight and reliable data recording media are possible. Special concern should be readability after a very long time by an alien civilisation.

Microfilm allows compact and durable storage. But silicon wafers offer a much higher density using modern photolithography and will resist higher temperatures and most gases and liquids.

Only one layer of optical readable information is recorded on the wafer, no electronics. The data layer may be protected by a thin transparent layer of silicon dioxide. Microfilm will record up to some hundred lines per mm, silicon wafers more than 10,000 lines per mm. Density per area will be increased by a factor of 10,000. Very thin wafers like the flexible solar cells may be used on both sides to save weight. But such a high density recording would be invisible to the naked eye. How do we tell the aliens that there is information, how to read and how to decode and interpret it?

Your stated premise is to save information for future humans or even what-comes-after-humans. I would argue that by the time humans who've lost space flight or even more what-comes-after develops space flight that the saved information isn't actually of any use. Curiosity maybe, to tell those future-whatevers about 21st century humans but that's about it. It certainly wouldn't do any good to put information meant to jump-start civilization in such a place, by the time they recover the capsule they've already got all the tech that led to them recovering the capsule in the first place.

Not the answer you're looking for? Browse other questions tagged time research or ask your own question.

47
What would be the (most difficult) challenge to make a 10,000 year satellite?
8
Is there really microfilm on the Moon?
7
Disc mounted on lunar rover?
7
Why were blood and hair follicles from 25 people put on the Moon?
5
LAGEOS 1's time capsule's positioning in the sattelite

17
Do the Voyager space probes perform time synchronization regularly?
12
Has an interplanetary date/time system been established yet?
4
Has high intensity training been tested in space?
7
Which astronaut has experienced the largest relativistic shift in time (relative to Earth's surface)?
0
Constant Acceleration in Space. How much time for a given distance?