Did any of the Apollo astronauts describe seeing the stars as they travelled between the Earth and the Moon?

If so, what was the magnitude of the dimmest stars they could see? Were they able to see any stars as they looked towards the Earth, or did its brightness prevent any stars from being seen?

Yes. They did see stars. Here is an excerpt from the Apollo 11 Transcript.

02 23 59 20 CDR: Houston, it's been a real change for us. Now we are able to see stars again and recognize constellations for the first time on the trip. It's - the sky is full of stars. Just like the nightside of Earth. But all the way here, we have only been able to see stars occasionally and perhaps through the monocular, but not recognize any star patterns.

This happened when the Sun was eclipsed by the Moon. So it was essentially night for them. There is no atmosphere, and there is no bright light from the Sun (there was Earth-shine though) which meant seeing stars would've been incredibly easy.

Here's a picture of the Solar Corona (AS11-42-6179). The Sun is eclipsed by the Moon. This photograph was taken a few minutes prior to the conversation above with Armstrong and Capcom. 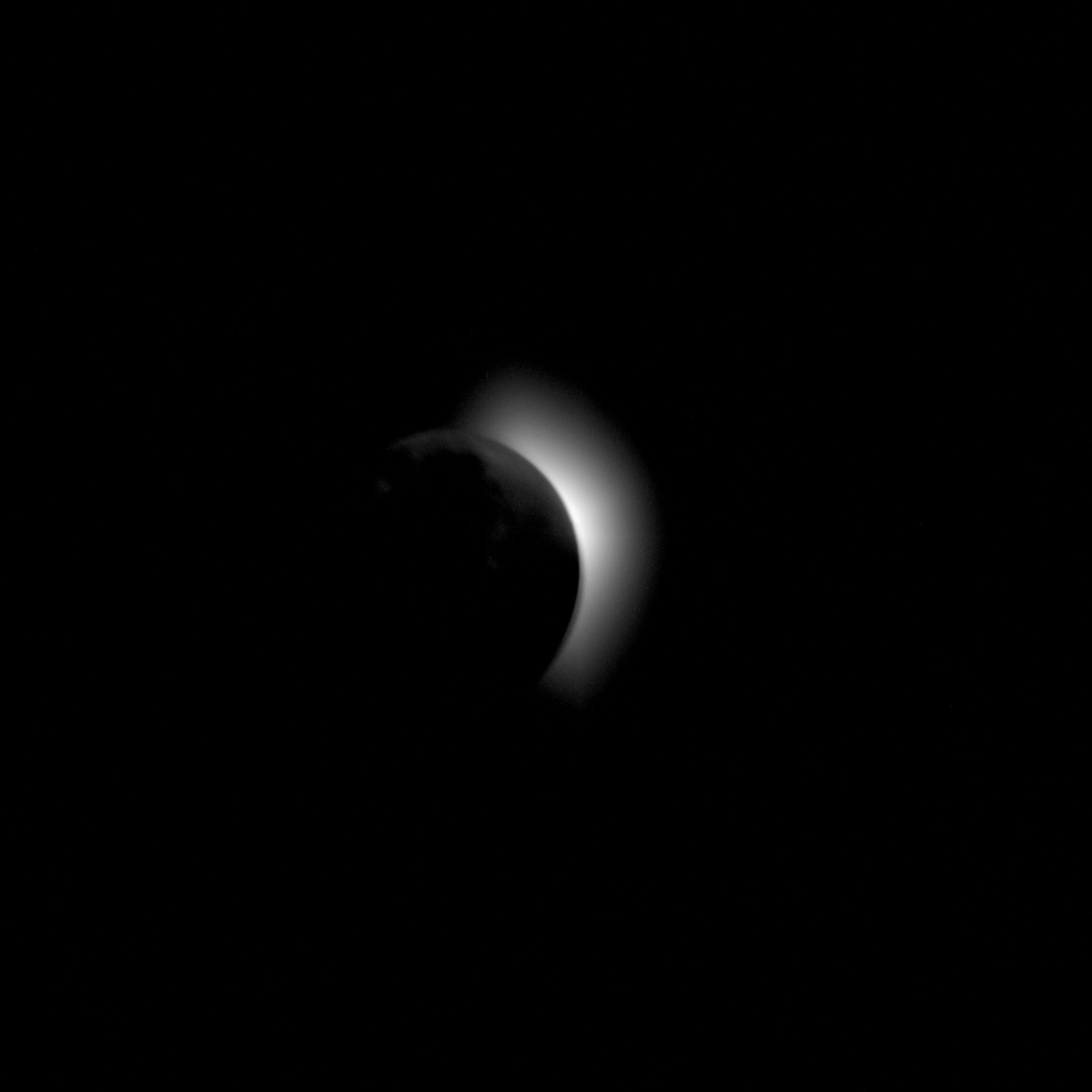 Seeing stars was easy though at night in Earth Orbit, Lunar Orbit, or when the Sun was eclipsed.

If you want to see pictures of stars taken from the lunar surface, here is a short video showing some of the photographs of stars taken by the Far UV camera on Apollo 16.

Not the answer you're looking for? Browse other questions tagged apollo-program stars cislunar magnitude or ask your own question.

7
Have any space stations experienced a total solar eclipse?

23
Were the Apollo 11 astronauts aware of any parts of the Luna 15 mission?
7
Why were the “perfectly functioning” seismometers placed by Apollo 12, 14, 15 and 16 astronauts all shut off in 1977?
15
Did astronauts on the moon poop in front of each other?
18
Did the Apollo astronauts ever describe reentry deceleration?
3
What was the view from the Apollo spacecraft while travelling to the moon?
6
Did NASA have a term for the “sky” during the Apollo missions
8
What does the Moon's gravity feel like? If you don't move, could you still tell you're on the Moon?