How big is Mars as seen from Phobos?

If I were standing on the surface of Phobos looking at Mars, how big would it appear in the sky? Would it be like one hand at arm's length? Or take up like a third of the sky?

We can start by noticing that Mars, Phobos, and the horizon forms a right-angled triangle.

By trigonometry, the angular radius ($\alpha$) is then given by:

By comparison, the Moon as viewed from Earth is about $0.52°$ in diameter.

A hand is not quite a constant unit of measurement, but it's about 10°, or 20° with fingers spread. So ~4 hands wide. 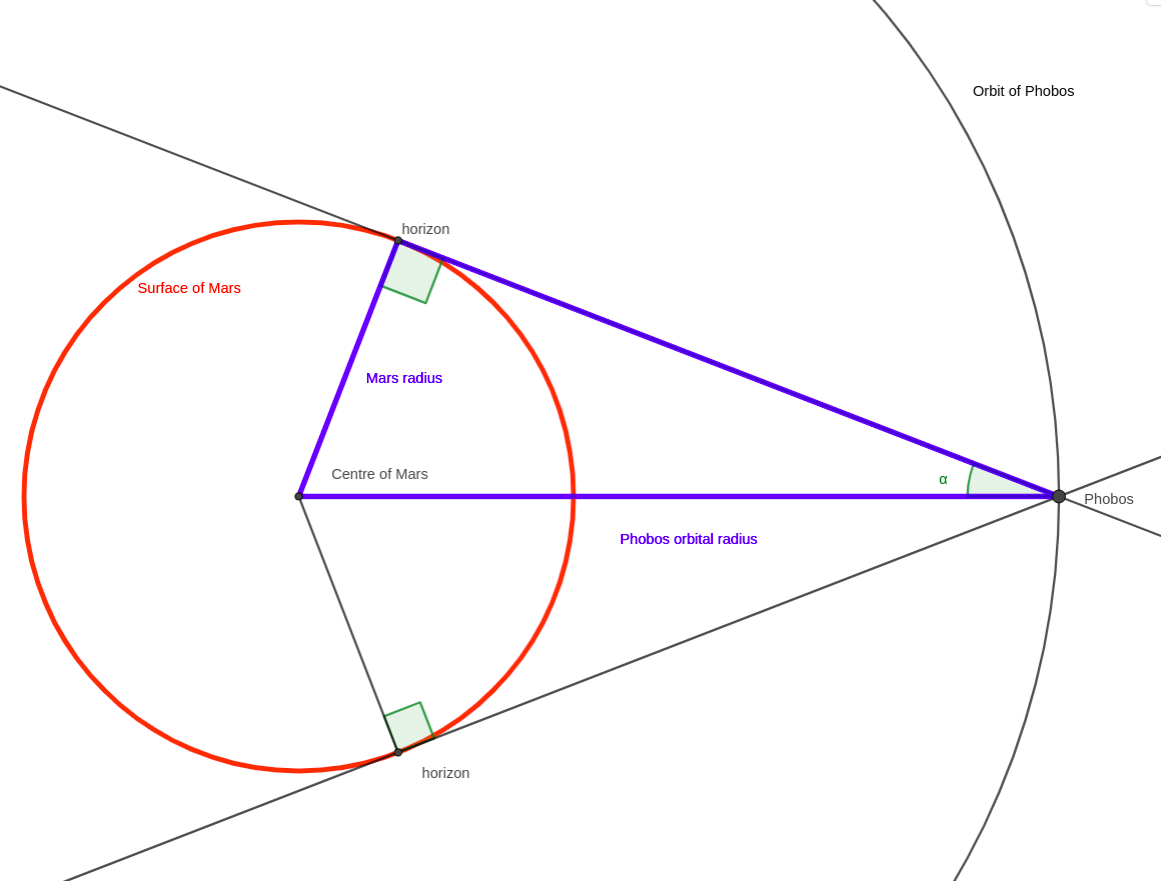 the math has two parts. If you want to know how much of mars you can see, you need the horizon formula https://sites.math.washington.edu/~conroy/m120-general/horizon.pdf

but if you just want to know the angle of mars in the sky, it is a simple tangent formula: tan theta = mars radius/ distance to center of mars

Not the answer you're looking for? Browse other questions tagged mars skyfield phobos or ask your own question.

23
Is it possible to map the caves of Phobos?
7
Is there a synchronous orbital height for Phobos?
0
Could Mars be made much more habitable by boulders from Phobos?
5
If we were to land on Phobos, what could we gain?
0
How big a nuke would be needed to break Phobos out of orbit?
4
What would be the trajectory and initial speed of a chunk launched from Phobos to get as close as possible to any pole of Mars?