How did the Kepler Telescope establish its orbit after third stage burn? (Follow Up)

note: This is a follow-up question based on a discussion under this answer.

The Kepler Telescope was (is) in a heliocentric Earth trailing orbit, but I want to figure out how it was able to reach this orbit exactly.

It was launched on a Delta II with 3 stages and I studied the different burns and the parking orbit (picture below). After coasting in the parking orbit, the second and third stage put the telescope in its appropriate orbit.

If I'm not mistaken. The last burn (third stage) put the spacecraft in it's hyperbolic escape trajectory from Earth. But doesn't their need to be another burn to establish the heliocentric orbit with it's specific parameters? Because if you escape Earth with a hyperbolic trajectory you stay on this path?

And from what I found it doesn't seem like the telescope has an engine of it's own. 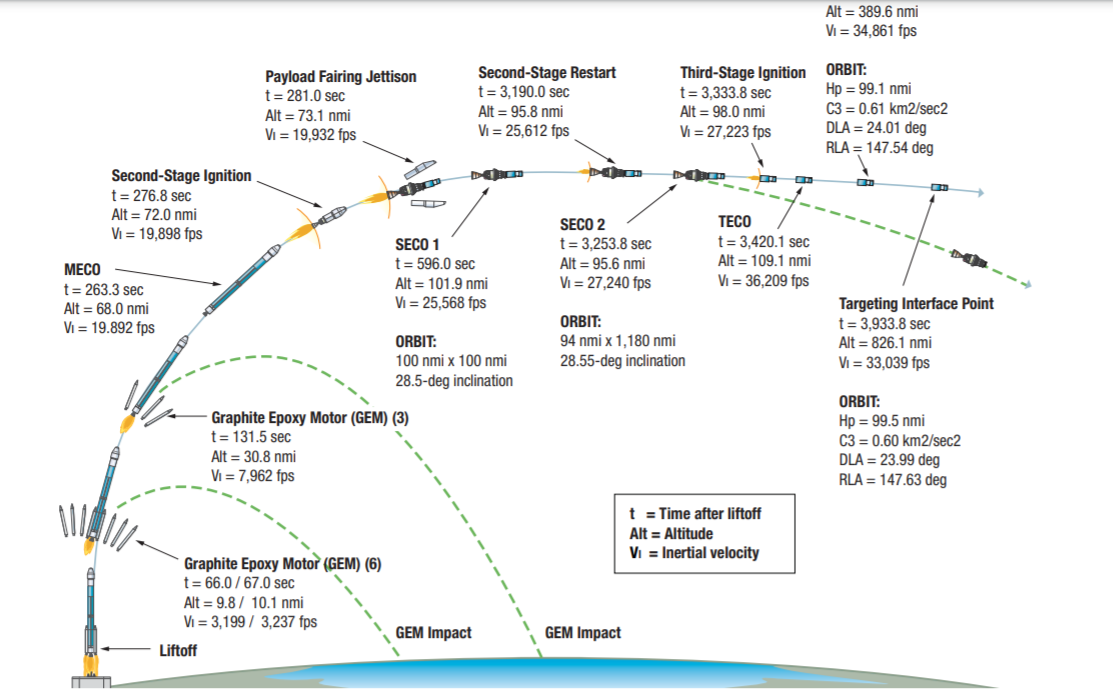 If Earth and the telescope were the only things in the universe then indeed the telescope would continue on a hyperbolic escape trajectory from the Earth forever. However they are not.

Consider the situation from the viewpoint of the Sun and over a longer timescale. The telescope is initially orbiting the Sun in the same way as the Earth (on which it's sitting). When it's launched, it uses a lot of fuel in three stages to tear itself away the Earth's gravity and after a while is heading away from the Earth at a velocity of about 0.78 km/s. In other words, it has changing its velocity vector for its orbit around the Sun by about 0.78 km/s, so it's now in a slightly different orbit from the Earth's. It's still in orbit -- solar escape velocity is a lot more than Earth's orbital velocity plus 0.78 km/s, just a slightly different one from before.

By choosing the direction of the 0.78 km/s, the scientists controlling the launch arranged for this orbit to have a period of a bit more than 1 Earth year, so that the telescope drops a little further behind the Earth each year.

Not the answer you're looking for? Browse other questions tagged orbital-mechanics orbit kepler-telescope or ask your own question.

3
How did the Kepler Telescope reach its orbit?

9
Why was Kepler's orbit chosen to continue to drift away from Earth?
8
Lunar Free Return Trajectory Simulation
3
First interplanetary launch from California! How far from Earth will InSight be when it separates from the Centaur 2nd stage?
11
A spacecraft leaves Earth exactly with escape velocity V2 - what trajectory it will have in Solar System?
5
RIP Kepler, how shall we call your orbit? Does this cyclic flip-flop process have a name?
3
Why was the Energia’s payload capacity to lunar orbit greater than its payload capacity to geosynchronous orbit?
3
How did the Kepler Telescope reach its orbit?