What kind of badge will tourists who performed a sub-orbital spaceflight receive?

We don't know yet.

The closest we have come is Beth Moses who flew as a "test passenger" in VSS Unity VF-01 and became the first non-pilot and the first woman to be awarded the FAA Commercial Astronaut Wings.

However, the FAA only awards Commercial Astronaut Wings to flight crew who promote the safety of commercial space launch vehicles., and requires, among other things, that the awardee has completed an FAA certified training. (As of now, all awardees are Virgin Galactic pilots with the exception of Beth Moses who is a Virgin Galactic engineer.)

None of this will apply to commercial passengers.

Beth Moses was part of the flight crew, as a test passenger, and received astronaut training (which is an understatement, since she is actually the Chief Astronaut Instructor for Virgin Galactic).

Some astronauts have spoken out in favor of creating a separate, and clearly designated category, to distinguish people who dedicate their lives (sadly too often quite literally) and years over years of hard training to their profession (and passion) on one side from bored rich people on the other.

There was a badge awarding ceremony at the completion of the Unity flight where Chris Hadfield awarded the badges.

You can see Chris Hadfield showing and explaining the badges at this point in the video.

Here he awards Richard Branson his badge and you can see the badge: 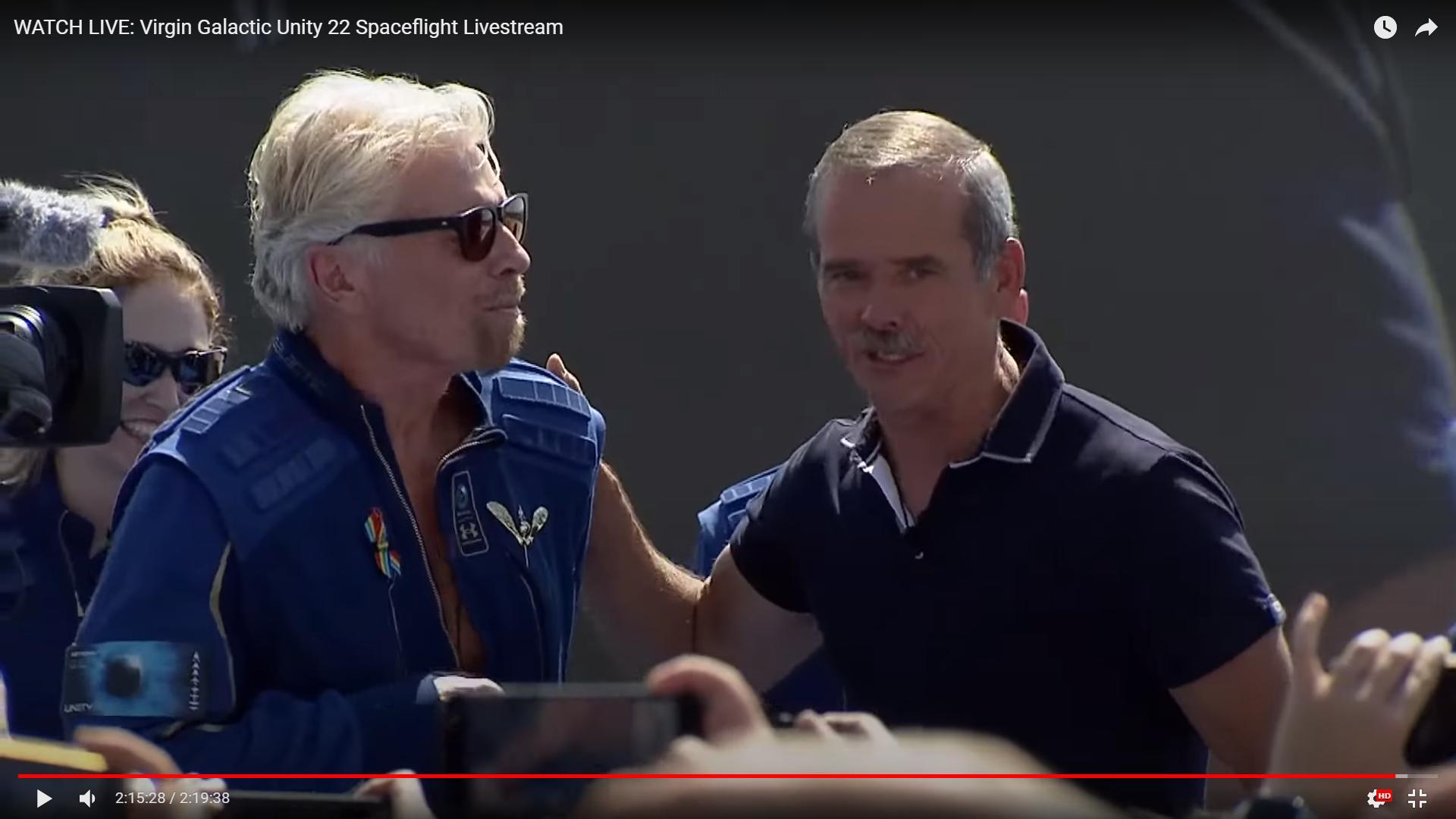 However this is clearly not the same as the specimen badge shown on Wikipedia for those awarded previously:

The US government, however, has always recognised the boundary of space to be at about 80km (50 miles) and it awards astronaut wings to anyone who exceeds this altitude. Before Sunday, only 580 people had ever been above this height.

Not the answer you're looking for? Browse other questions tagged sub-orbital blue-origin tourism virgin-galactic or ask your own question.

6
Are Jeff Bezos and Richard Branson astronauts?
3
Does the US government plan to issue "Astronaut Wings" for anyone passing 80 km forever?

11
Near-future consumer space travel
6
Could the 'anomaly' in the recent Virgin Galactic crash impact the other SpaceShipTwos?
5
What are the synergies between today's suborbital private businesses and space flight?
4
What are the main synergies between sub-orbital and orbital space launch?
12
California's rocket tax "by the mile", how would that work exactly?
7
What is the highest possible altitude of a sub-orbital flight?
0
Could folks in space see giant projections of art on mountains like this one? Was this one seen or recorded?
3
Does the US government plan to issue "Astronaut Wings" for anyone passing 80 km forever?