Why would it take so long (22 minutes!) to travel from Hong Kong to Singapore flying SpaceX?

In the SpaceX video Starship | Earth to Earth they show the flight time from Hong Kong to Singapore to be 22 minutes. 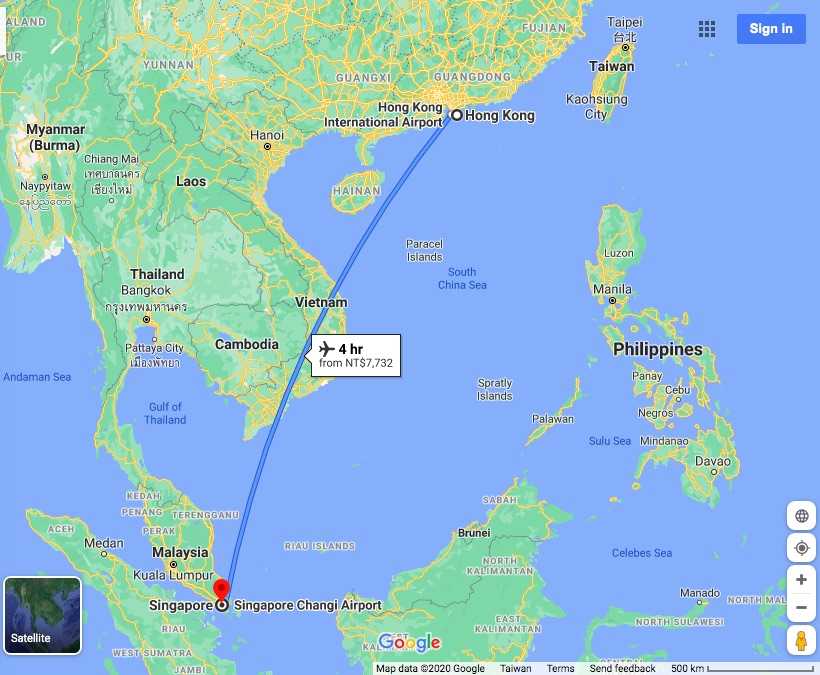 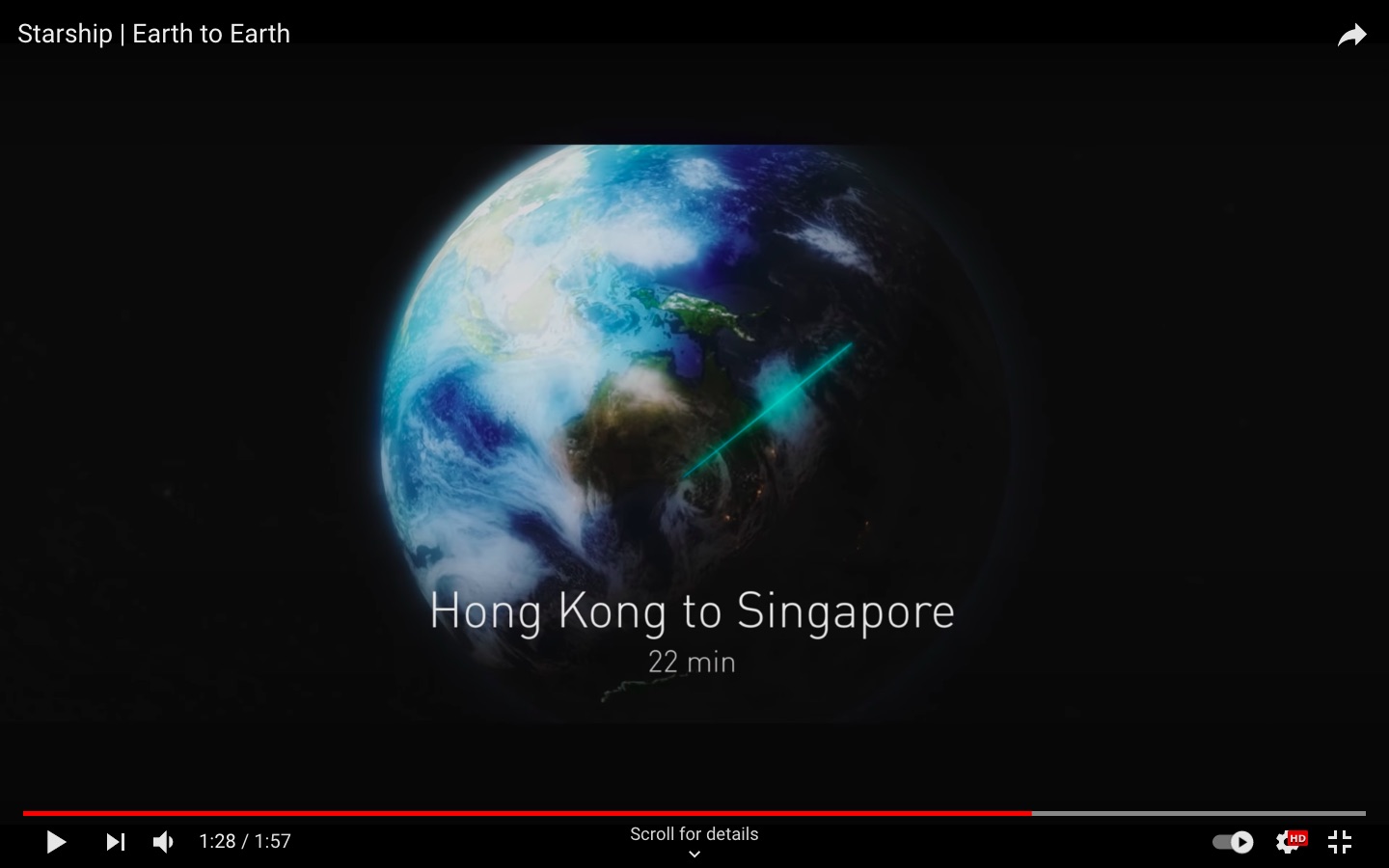 We could compare this to the aborted launch of the Soyuz in 2018.

The abort occurred at an altitude of approximately 50 kilometres (31 miles); the spacecraft reached an apogee of 93 km (58 mi) then landed 19 minutes and 41 seconds after launch. At 08:55 UTC the search and rescue team was deployed to recover the crew and the spacecraft, which had landed 402 kilometres (250 mi) from the launch site.

So the Soyuz had an emergency separation at 50 km, and this resulted in "only" 402 km of distance covered in 19 minutes. The Starship would still be accelerating past the 50 km, so it's reasonable that in about the same time (22 minutes) and if assume a similar apogee of around 100 km it would cover more distance - 2,600 km (the distance between Singapore and Hong Kong). And if one might argue that the Soyuz took so long because it was slowly landing, this seems to be countered by the fact that "the crew experienced about six to seven times Earth's gravity".

Not the answer you're looking for? Browse other questions tagged spacex travel or ask your own question.

15
How much of Dragon might have survived the explosion of CRS-7 and for how long?
12
How long does it take to build a Falcon 9 Rocket?
12
What is it that SpaceX is editing out of their videos after posting them on YouTube?
6
How long will we be getting data (pictures?) from Starman and his Tesla?
8
What is “propulsive passivation” and why will the SpaceX STP-2 mission do it?
8
Why doesn't the SpaceX web-cast show the telemetry, (altitude and speed) for the first stage during recoveries?
5
Why did SpaceX choose vertical integration for Starship?
17
Why do Space X starship launches need permission from the FAA?
11
What happened to the SpaceX Starship SN11? Why did it crash?