Why is unappetizing food brought along to space?

I read at some point about a Shuttle mission that ended up lasting longer than initially intended, and the crew had to eat more awful-tasting food for the last few days, because they had eaten through the appetizing one through the first part of the flight.

Why would they bring that with them on the mission in the first place?

Weren't they able to taste-test the menu before the flight?

This question is not about early missions, like Apollo and Gemini, where it was unsure how good food would taste in micro gravity.

I unfortunately can't seem to find where I read about the long STS mission being left to eat bad food. I believe it was on this site, but I could not find it among the questions tagged [food].

Taste-testing on Earth is good (what else can you do?) but crewmembers' sense of taste changes in free-fall.

People who live in space have said that food is not the same in space. Some astronauts say it tastes bland when they are in orbit. Some do not like their favorite foods. Some love to eat foods they would never eat on Earth. Some crew members say they can't tell any difference. Why? NASA has some clues. But, no one is completely sure.

A Matter of Taste

So even if they liked it in the food lab, that doesn't mean it tastes good to them in free-fall.

(I believe the most-extended missions were STS-057 and STS-113, perhaps it was one of those)

Additional words about the food planning for shuttle missions (all info from Space Shuttle Food System Summary), h/t to GremlinWrangler for the suggestion 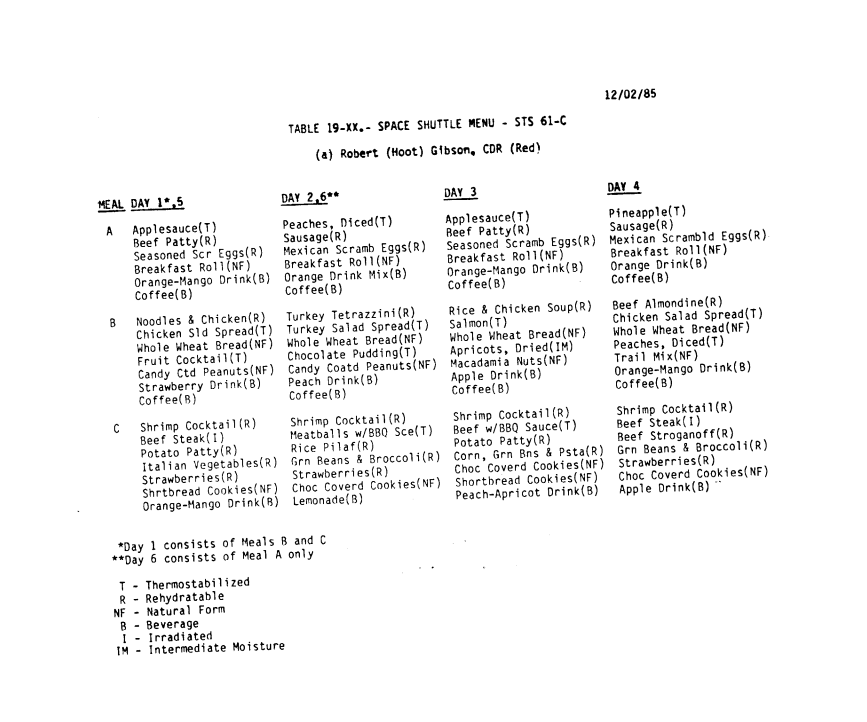 was used to accommodate individual food preferences prior to STS 41-D and also functioned as a contingency food supply in case the flight was unexpectedly extended. During flight, this food supply was used as a pantry providing extra beverages and snacks.

Here's the pantry food menu from the same mission 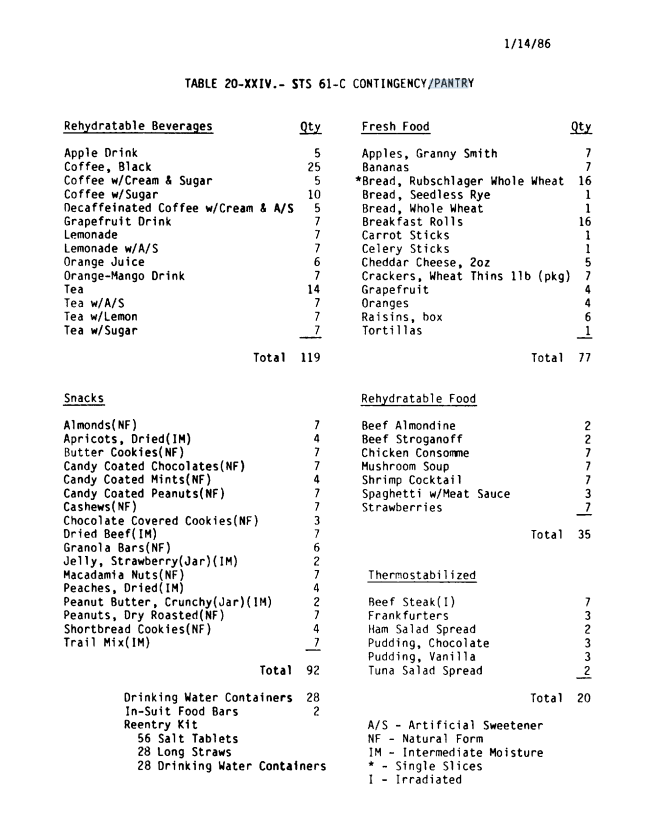 Just based on this quick look, the pantry food doesn't look less appealing than the menu food.

Also note that they did not eat the shelves bare, a tremendous amount of the food flown was returned uneaten.

I heard a TV interview with ISS astronaut Alexander Gerst. He said astronauts tests all available food before launch and write down what they like and what not.

But the same food tastes different on ground and in space. The nose gets less of the smell of the food in zero gravity. There is no movement of gases caused by different temperatures as on Earth. The cooks of astronaut food try to compensate by using more spice. But a cook never tests his own food in zero gravity.

So they may use more spice but only so much that it does not taste awful on Earth, but that may be too few in space. An astronaut before his first flight has no experience tasting the same food on Earth and in space. So he may refuse food that he would like in space and select other food which he would dislike in space. Experienced astronauts could tell them that more spices should be used but not how much.

Tasting the same food on Earth and in space is a personal experience not transferable by explanations. There is no zero gravity food test facility on Earth.

Not the answer you're looking for? Browse other questions tagged space-shuttle food or ask your own question.

39
Are there foods that astronauts are explicitly never allowed to eat?

13
Was the possibility of damage to the SS Columbia made public before it reentered on Feb 1, 2003?
11
Growing food in space
9
Why did Columbia’s planned flight manifest have a five-year gap with absolutely nothing in it between 2004 and 2009?
15
Did some Apollo astronauts actually carry a sandwich and bacon in their launch suit?
7
How many spacesuits were specifically manufactured for John Young?