Would it be better for Starship to have a separate set of small fuel tanks dedicated to landing the ship, maybe controlled separately or plumbed differently.

What you are describing are the header tanks, that were present in the SN8 vehicle and should be in all Starship vehicles going forward.

A header tank is a smaller tank, that holds fuel or oxidizer. The Starship's CH4 header tanks is roughly a sphere, buried in the middle of the common dome (divider between LOX tank at the bottom, and CH4 tank on the top), looks like a pimple at the bottom.

The main fuel line runs from this header down to the engines. The main tank fills the header and when the main burn is complete, it is presumed that the header tank closes its valves on the top, and remains full until landing.

The LOX header is also roughly a sphere, in the very nose of the fairing, and holds LOX until landing time.

In this image of the current state of the Starship fleet from Dec 27, 2020 you can see the various elements in the drawings of the vehicles. 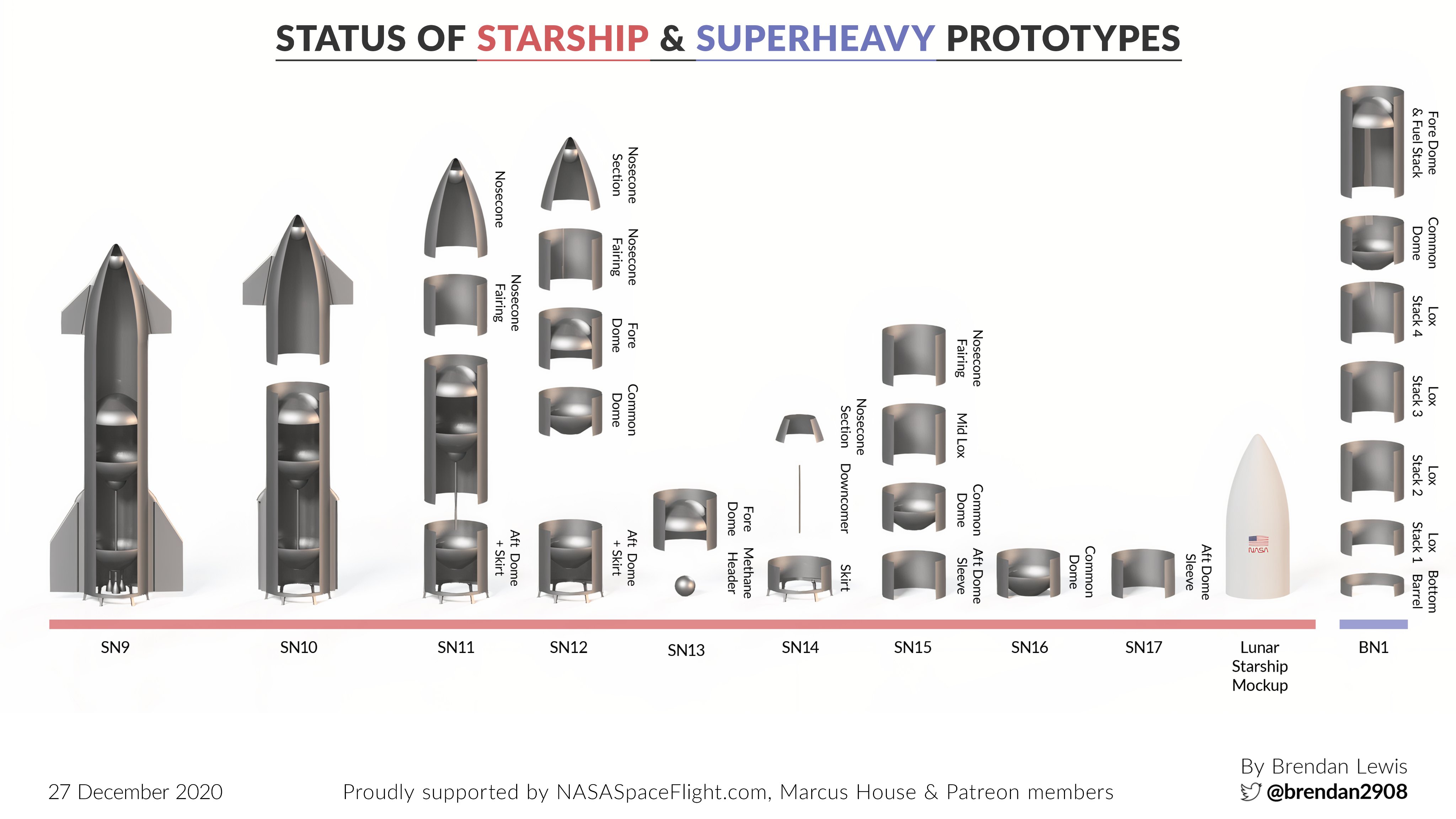 You will also notice that the Super Heavy (Booster Number 1 BN1) on the far right does not have any of these features, because it will not have header tanks.

The header is useful to enable restart engines when the vehicle is not fully vertical, and the main fuel tank would possibly not have fuel around the intake. The Super Heavy is not meant to get into that orientation during landing operations (or at least when it needs to fire its engines).

Side note: Brandon Lewis who is making these updates is doing a spectacular job! Well done indeed!

Side side note: Rafael Adamy also does these schematics which are awesome.

Brandon also made a schematic for decommissioned Starship vehicles which has a nice view of the LOX Header test tank. 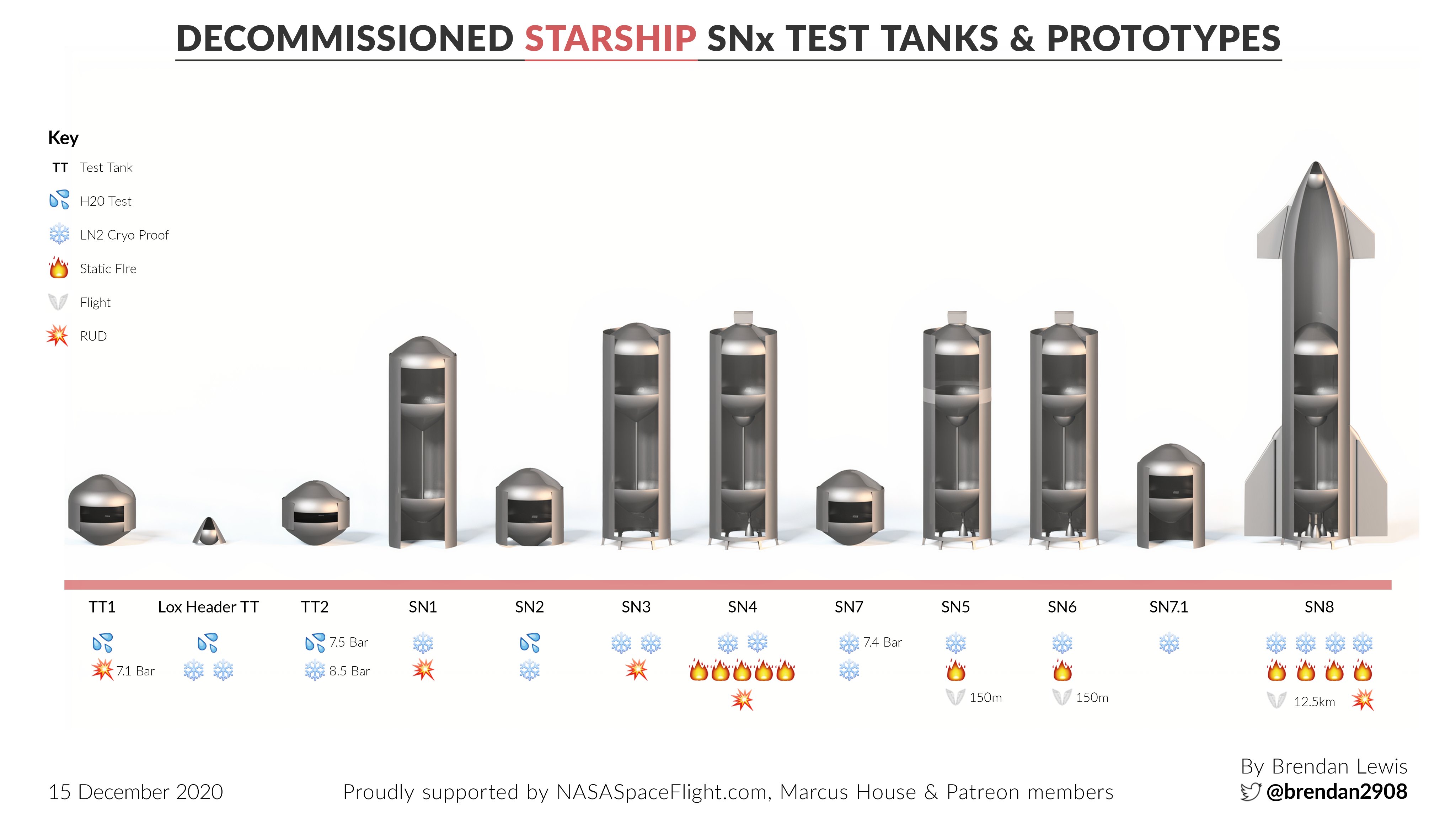 You can visualize the plumbing (as theorized by fans (Rafael Adamy), not SpaceX generated) in this theoretical view. 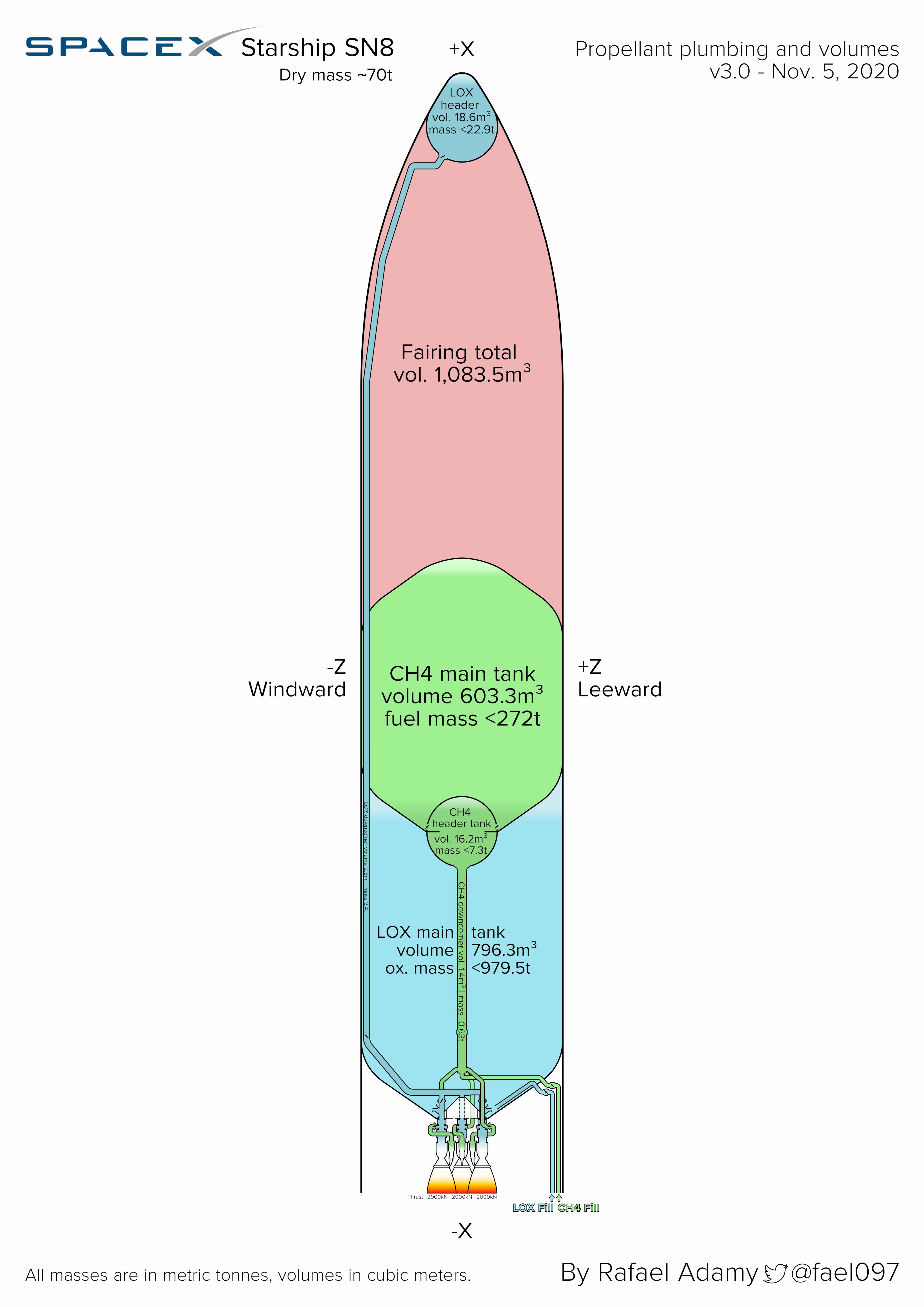 And it looks like the plumbing in the latest Startship is about to change, which Rafael did an amazing job of visualizing. 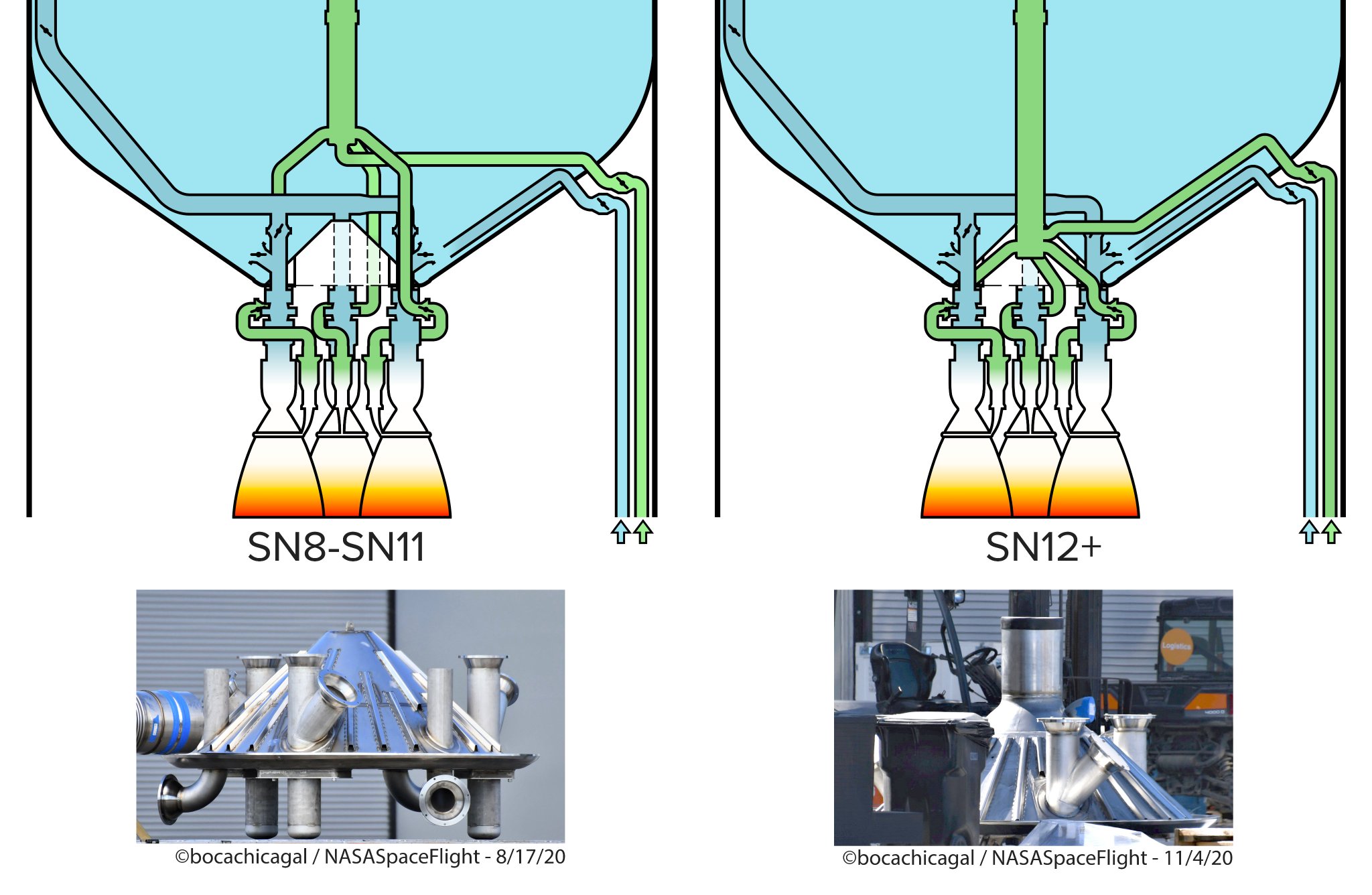 Not the answer you're looking for? Browse other questions tagged spacex landing design-alternative spacex-starship fuel-system or ask your own question.

1
How much fuel would the Starship need to LAND 100,000kg on Earth?
19
Why doesn't Starship have four landing legs?
27
SpaceX Starship landing on Moon or Mars: why doesn't it fall over?
8
How many Raptor engines will Starship use for TMI and Mars landing?
5
How much fuel, (in tons) will a dedicated tanker be able to deliver to a starship in LEO?
3
How can Starship take off from moon's surface without a launch pad
3
What are SpaceX plans for Starship with respect to Moon landing and then takeoff?
5
SpaceX Starship: Could they use the Vacuum engines during landing in case of other engine failure?
30
Why not land SpaceX's Starship like a plane?