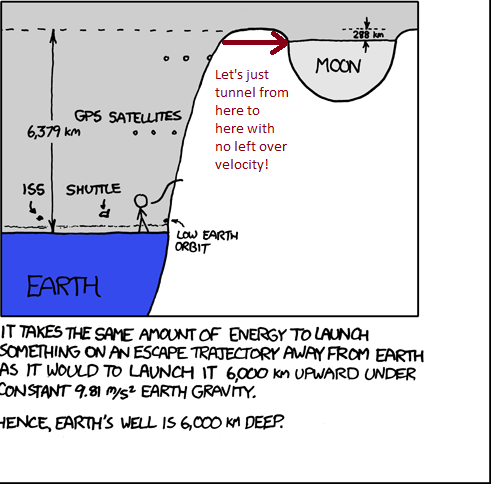 15
Gravity assist for manned travel
6
Multiple Gravity Assist from Moon to reach Mars
12
No need for gravity assist with Falcon Heavy?
16
Why was TESS' launch window open for only 40 seconds per day?
3
Gravity assist from Mercury
3
Are there some three-body orbits that can't be escaped? Can we know without propagating forever?
3
Bucket loop between Earth and Moon?
4
Why did BepiColombo use an Earth gravity assist?
1
Deep space marksmanship; will DART's intercept and impact trajectory represent the best ever if successful? If so, by how much?
26
How will DART be able to hit a 170 meter rock dead-center at over 6000 m/s? What technologies will be use and how will they work together?