Coordinate axes of Falcon 9 on launchpad 39A

Can someone please correct me on the orientation of the Falcon 9 rocket as it sits on launchpad 39A at Kennedy? Looking at the image below, which way should X (red), Y (green), and Z (blue) face? I just realized I probably got my axes all wrong all along. Thanks! 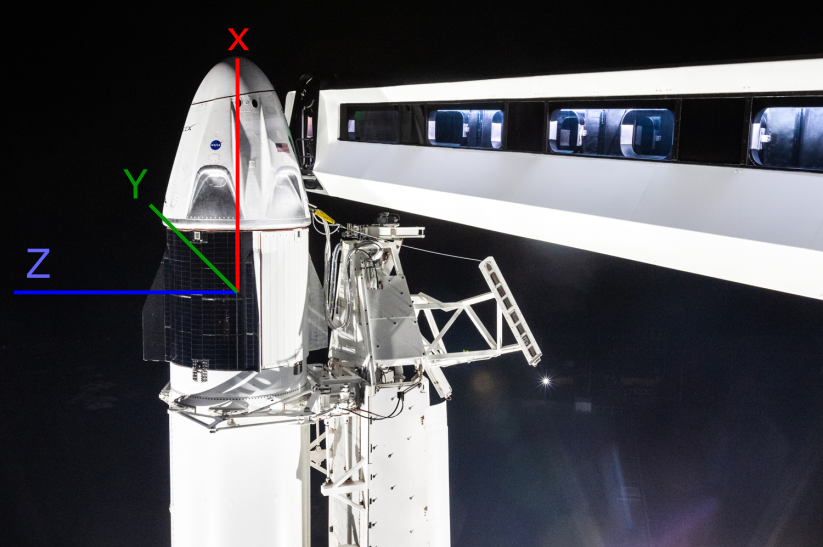 Below is an (older bust still useful) image of Falcon 9 on the strongback in the context of the launchpad, if it helps. The Falcon manual says +Z faces away from the strongback, and I hear that the launch tower would be north of the rocket, meaning the roll axis would be up, the pitch axis would be toward you (south), and the yaw axis would point to your right (east). This would give a right-handed coordinate frame. Does this seem right? 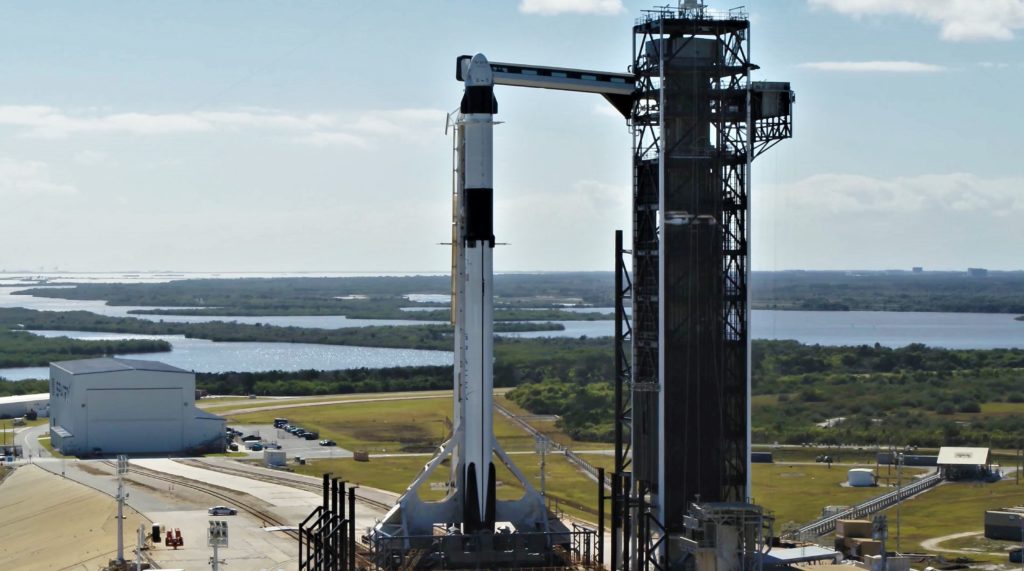 "Falcon vehicles use a right-hand X-Y-Z coordinate frame centered 440.69 cm (173.5 in.) aft of the first-stage radial engine gimbal, with +X aligned with the vehicle long axis and +Z opposite the transporter-erector strongback (Figure 2-4).

X is the roll axis, Y is the pitch axis, and Z is the yaw axis. Additional coordinate frames may be defined with reference to the payload interface (Section 5.1.1) for specific missions."

This should help clarify what I mean by roll, pitch, and yaw axes if the terms seem confusing. They're actually fairly standard in the field, I've found from the papers I've read.

Browse other questions tagged launch falcon-9 launchpad or ask your own question.

18
What is the base of a launchpad made of?
8
Do different generations of Soyuz use different launchpad infrastructure?
7
Launchpad platform structural design
5
Why are these Falcon 9 1st stage bodies (apparently) wrapped in black plastic for transport?
5
Could Falcon 9 take off without launchpad
4
How would the shuttle perform various attitude changes during ascent?
4
What are these cartridges with holes on the Dragon trunk?
9
Falcon 9 TVC: Which engines participate in roll control?
4
Purpose of Initial yaw Maneuver?