A rocket on the launchpad moves Eastward with the rest of the earth as it rotates about its polar axis.

This means that on launch, the rocket already has a sizable eastward velocity component: ~460 m/s.

where the big number is the radius of the Earth in meters and the denominator is a day in seconds.

That's about 5% of the delta-V a typical rocket has to gain to reach low Earth orbit (LEO). This is useful if you can launch straight East.

But if you're heading to the ISS in its orbital inclination of 51.6 degrees, don't you normally roll to the target inclination immediately after launch to avoid a costly orbital transfer?

Does this mean you don't get the full benefit of Earth's free delta V during launch?

To enjoy the greatest advantage from the Earth's rotation, you want two things:

The first part is fairly simple. The rotational velocity is proportional to $\cos(latitude)$, so the Guiana Space Centre gets over 99% of the effect, Kennedy Space Centre around 88%, and the Baikonur Cosmodrome around 70%*.

You have made an observation about the second part. Launching into an inclined orbit from the equator does not give you the full advantage of the Earth's rotation, since you are no longer launching directly eastward. Launching from the equator, there would be another scaling factor of $\cos(inclination)$.

So what happens when you try to launch directly eastward from some latitude other than the equator?
You get into an inclined orbit! At the instant of the orbit directly over the launch site, the satellite is moving neither north nor south, it must be at the farthest point from the equatorial plane.
Orbit inclination = Launch latitude, when launching directly eastward, gaining the largest possible advantage from the rotation of the Earth.

Each launch site therefore has their own optimal inclination, matching their latitude, where they can get into space with at little delta-v as possible. Targeting a different inclination will cost some additional delta-v due to them not being able to launch directly eastward.

The inclination of the ISS was picked to be easy to reach from Baikonur. Cosmodromes at other latitudes would need to pay an extra delta-v cost to reach it, as you have noted. 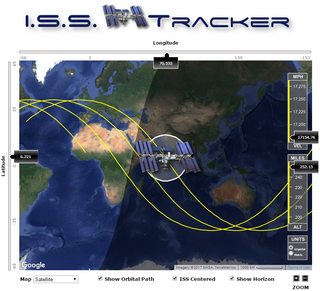 *Or in practive 62% due to having to avoid spent rocket stages landing over China.

6
Minimum Delta V to a staging area in cislunar space for a vertical space gun
8
Why do rockets separate from both its strap-on booster cores simultaneously instead of one at a time? (Delta IV Heavy, Falcon Heavy, Angara)
14
Launch to orbit delta-v penalty from Venus compared to Earth?
11
Why do rockets launching to the ISS from Florida point at 45 degrees to reach a 51.6 degree inclination?
4
Are westward launches more expensive than eastward launches?
5
LVLH frame based on inertial velocity or relative (ground) velocity?
5
Launch azimuth from orbital inclination WRT rotating earth?