Since I think that XYZ aren't already in ECEF representation, I would like to ask you how can I pass from these parameters to a vector in ECEF reference frame. Thanks in advance! 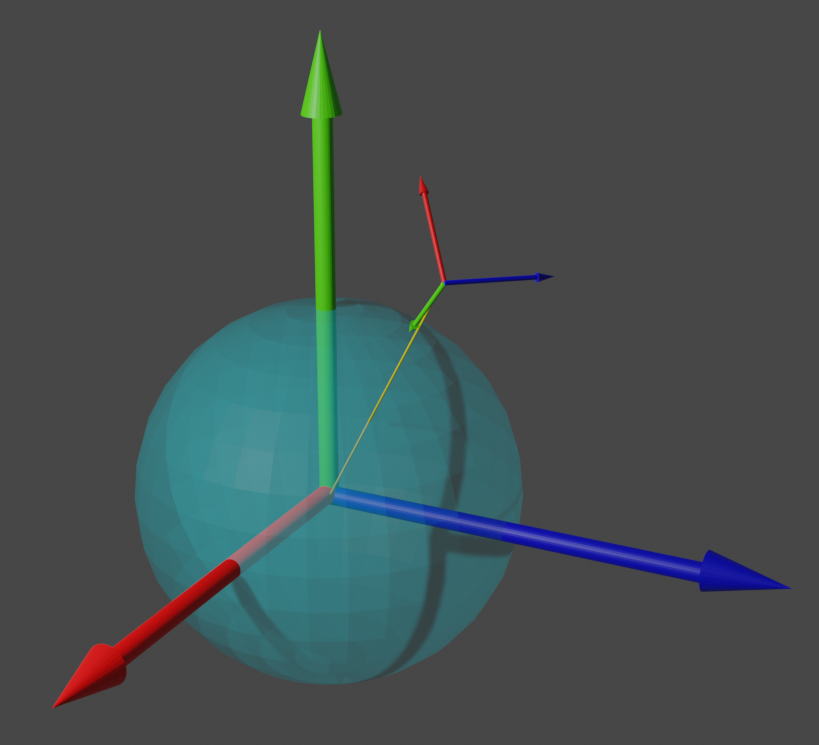 I apologize for quite bad axes alignment job on the picture, it was my first time using Blender. On the picture there is a big coordinate system, representing the $F$ reference frame, located at the center of a sphere representing Earth. Red axis is $\hat{x}$, blue is $\hat{y}$ and green is $\hat{z}$. Small coordinate system is the NED reference frame, with the red axis being North $\hat{n}$, blue is East $\hat{e}$ and green is Down $\hat{d}$. The yellow line is a vector $\vec{p}$ going from the Earth center to the location of the magnetic field vector measurement.

Two things should be noticed from the picture. First is that the vector $\vec{p}$ and $\hat{d}$ are coincident. Second is that $\vec{z}$, $\hat{d}$ and $\hat{n}$ are always in the same plane. For the NED, $\hat{n}$ is always pointing straight to the Earth's north, where the $\hat{z}$ is located, $\hat{d}$ straight to the Earth's center, while the $\hat{e}$ is only generally in the East direction, completing the orthogonal right handed axes triad.

The goal is to find all three axes of the NED frame in the $F$ frame.

Vector $\hat{d}$ can be obtained by unitizing $\vec{p}$ and negating it.

The final rotation matrix can be obtained by taking transpose of the matrix constructed with these three vectors:

Not the answer you're looking for? Browse other questions tagged magnetic-field attitude-determination-and-control ecef or ask your own question.