A news article reports that

OSIRIS-REx was equipped with two lasers for the spacecraft to shoot off the rock and study the echo to facilitate its landing and sampling maneuver. ...

Most lasers don't last long in space, so having two working lasers on a spacecraft older than a decade is rare, [principal investigator for OSIRIS-REx] Dante Lauretta said. "Having two fresh lasers that we've never used, I'm actually kind of excited about that."

What shortens the life of such a laser, when it's on a spacecraft?
(It sounds like what is shortened is its working life; it doesn't deteriorate while turned off.) 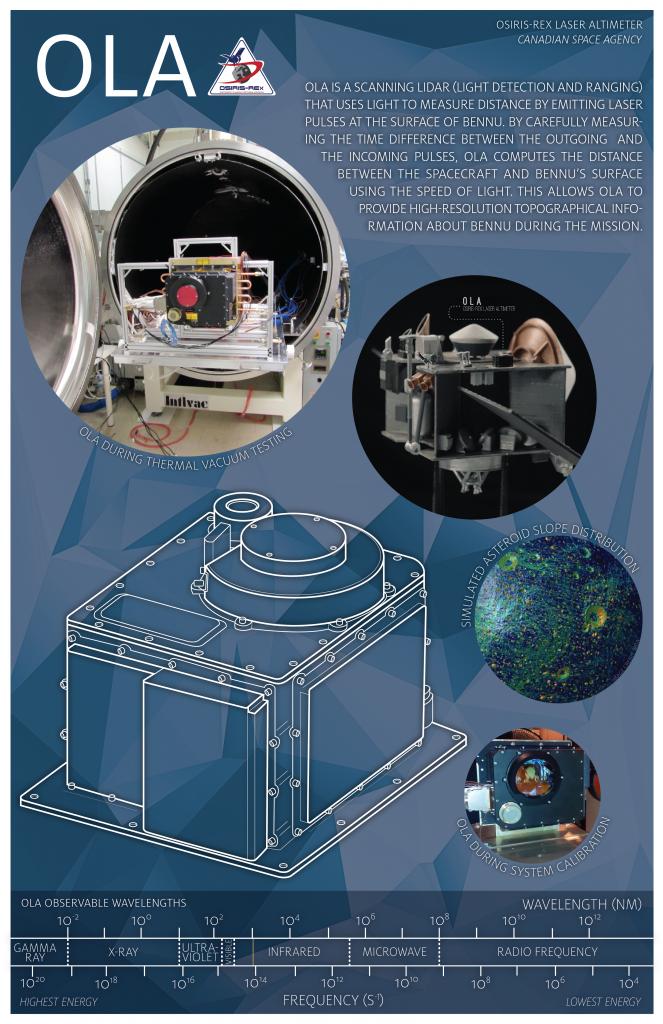 The paper "Laser Technology in Photonic Applications for Space" by Denis Guilhot and Pol Ribes-Pleguezuelo highlights some of the problems of lasers in space:

In the specific case of laser diodes, the indium used to package the laser chip could represent a risk in case of extreme temperatures ranges due to the indium creep behaviour that can lead to fatal device failure [135]. Moreover, high vacuum regimes can even cause changes in the chemical and physical properties of components due to dehydration [137]. Another common issue for the laser crystals and fibers is the photodarkening effect produced in optical components due to radiation absorption. Many studies have been performed on the effects of several types of radiation on various laser materials with different doping ratios [138,139], which photonic space engineers should check in order to select the best candidates for their assemblies. This issue can be easily solved by improving the components shielding, however, the increased thickness caused by the extra layers of material protecting the components increases the weight of the integrated device, and frequently its size and cost. For that reason, the components must be carefully selected for optimum match with the mission radiation budgets to ensure that the laser output maintains the required specifications over the long operational period of the mission without incurring in unnecessary cost caused by extra shielding.

Both reliability and cost factors are important requirements that often greatly affect the design choice, the former also affecting the efficiency trade that needs to be made in terms of de-rating for lifetime.

The paper "Development of the Laser Altimeter (LIDAR) for Hayabusa2" by Mizuno et al. describes how the laser altimeter on the SELENE lunar orbiter failed, because the Laser Diode (LD) deteriorated:

It is known that the LD in a high-power quasi-continuous wave laser will deteriorate with the number oscillations, thus decreasing output; generally speaking, an LD’s useful lifetime is about ($10^{9}$) shots. In the case of the LALT on SELENE, however, laser power began to rapidly decrease at about ($10^{7}$) shots in orbit, even though the laser power was maintained over ($10^{8}$) shots in preflight tests. We attributed this to deterioration of LD output

In general, laser diodes are affected by temperature changes and radiation. Annealing at a higher temperature can fix defects in the crystal, but it doesn't always work: (from the same paper)

However, in thermal vacuum tests of the laser module, the output power of the laser decreased when the laser temperature was decreased to 10 °C or less. We also found a fault in which laser output did not recover even after returning to room temperature, due to degradation of the extinction ratio of the Pockels cells

Not the answer you're looking for? Browse other questions tagged laser osiris-rex or ask your own question.

13
How fast do optical surfaces get dirty or damaged in space?
9
Why is the Aeolus space laser losing power so quickly?
3
Are there any possible proxies for dust accumulation on the retroreflectors on the moon?
1
Why does LRO's laser altimeter telescopes use lenses instead of mirrors?
1
How many (presumably friendly) lasers are being shot at us from space? (pew! pew!)

7
Power requirements for zapping debris with lasers from ISS
0
Why is Osiris-REx using an Earth flyby gravity assist?
9
Is it possible to extend high speed data transmission with lasers to the distance Earth to Mars?
3
Feasible to use lasers / concentrated light to power solar cells in our solar system?
9
Why is the Aeolus space laser losing power so quickly?
1
When they shoot lasers at the Moon for ranging, what is the shape of the beam?
5
Using lasers to reach the Karman line
1
Have "space lasers" really been used to temporarily blind US satellites?