(See this Q&A for context if needed: What is a "Major Component Failure" referred to in news reports about the unsuccessful Space Launch System core stage test firing?)

In the post-test briefing John Honeycutt (SLS Program Manager) confirmed that during the Green Run, the Core Stage engine #4 reported a Failure Identification (FID) along with its Engine Self Test Status switching to "Major Component Failed".

Not looking for answers giving vague generalities that have already been reported such as "a redundant sensor" or "the loss of one leg of redundancy". Looking for a solidly-referenced answer stating the exact device or sensor that failed.

Based on discussion at a media briefing1 I have tentatively identified the sensor that failed as one of the main combustion chamber pressure sensors.

Summarizing the answers to a question that was asked at 25 minutes into the briefing, it was stated that the engine went to Major Component Failed (MCF) at a time that would have been pre-liftoff if this had been a real launch, and that (just like for shuttle) getting a MCF preliftoff would have shut down all the engines and scrubbed the launch.

It was also stated that the troublesome sensor was a pressure sensor, "one of four". Since the only quad redundant pressure sensors on the RS-25 are the main combustion chamber pressure (Pc) sensors, I think it had to be one of them.

This article on nasaspaceflight.com confirms that failed sensor was a Pc sensor.

During engine start, the data from one of four sensors measuring the pressure in the Main Combustion Chamber (MCC) of engine four was “noisy.” That sensor was disqualified 1.5 seconds after the start command.

These charts show the quad redundancy of the Pc sensors, and some of the Failure Identifications associated with their monitoring that cause MCF if the limits are exceeded (emphasis mine). 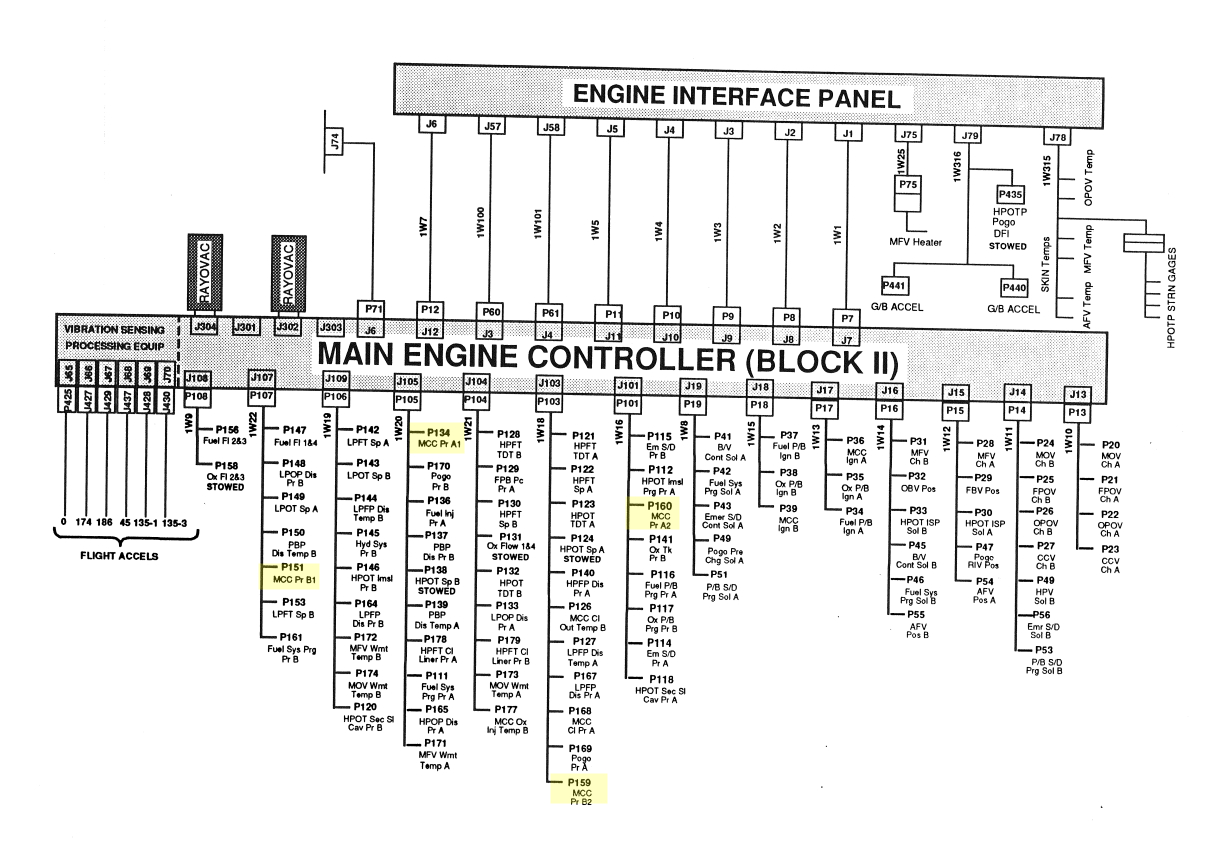 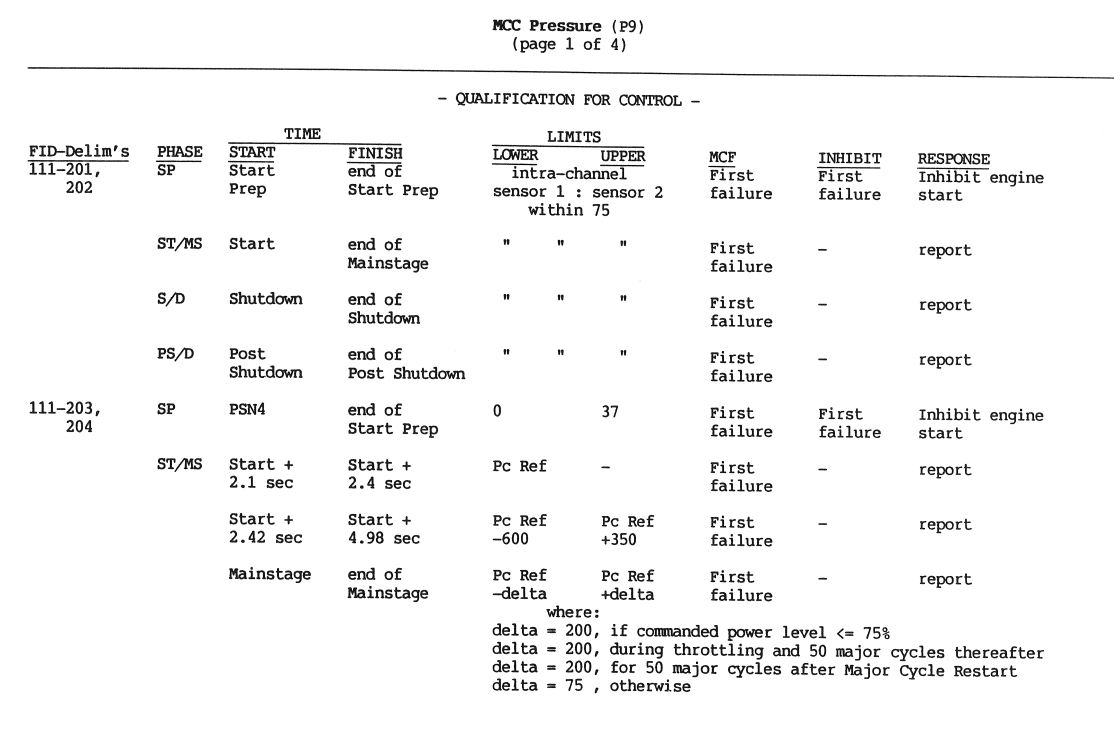 1The media briefing is only available as a voice recording, no transcript or video. sigh It "will be available for 30 days by dialing 888-566-0617"

Not the answer you're looking for? Browse other questions tagged failure testing sls ssme or ask your own question.

24
What is a "Major Component Failure" referred to in news reports about the unsuccessful Space Launch System core stage test firing?

24
What is a "Major Component Failure" referred to in news reports about the unsuccessful Space Launch System core stage test firing?