The formula for launch azimuth given latitude and target orbital inclination goes like this:

I assume the orbital inclination $inc$ and launch azimuth $azm$ are both defined in an inertial frame.

Trouble is... that in an inertial frame, a rocket sitting on the pad already has a sizable eastward velocity imparted by rotation of the earth---some 400 m/s at Kennedy.

That initial velocity vector adds to the delta-v imparted by the rocket engines along the launch azimuth... so that if you point at the $azm$ given by the equation above, it seems you'll hit orbit slightly off from your target orbital inclination?

Is this right? How do you account for earth's rotation in your calculation of the launch azimuth so that when you reach orbit you're at just the right orbital inclination?

I found some information about correcting the azimuth for Earth rotation in an old package of notes. Unfortunately I don't remember all the assumptions that are baked into this, but you might be able to try it out in your simulation and see if it gives better results. Also this was for SRB sep, not for MECO. 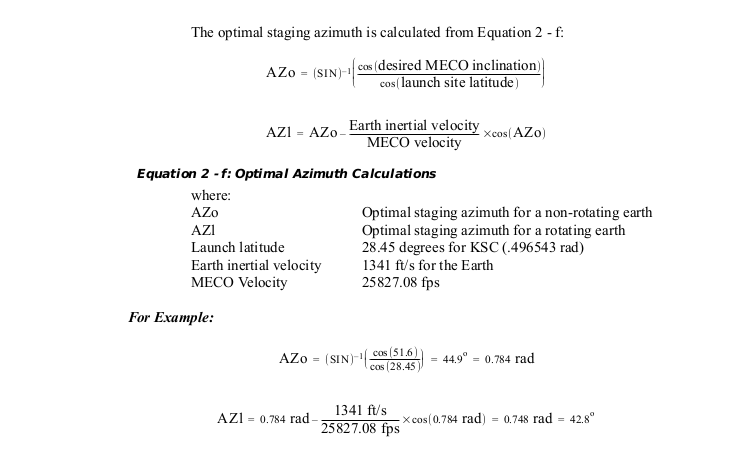 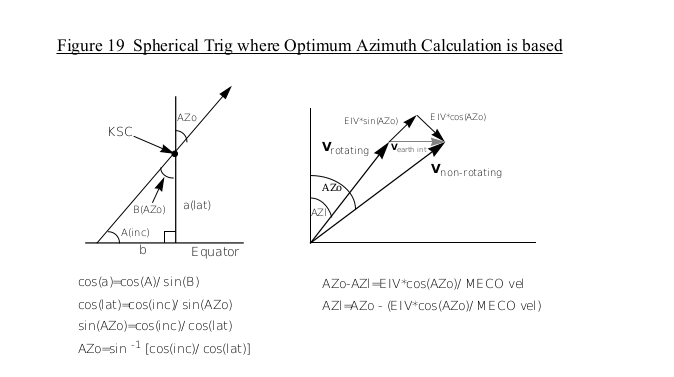