SpaceX Starship: Could they use the Vacuum engines during landing in case of other engine failure?

With the recent test (and RUD due to single engine relight failure) of SN-9, Musk has stated that what they should've done was light all three raptor engines simultaneously then turn one off so as to ensure they have the two engines needed for landing. 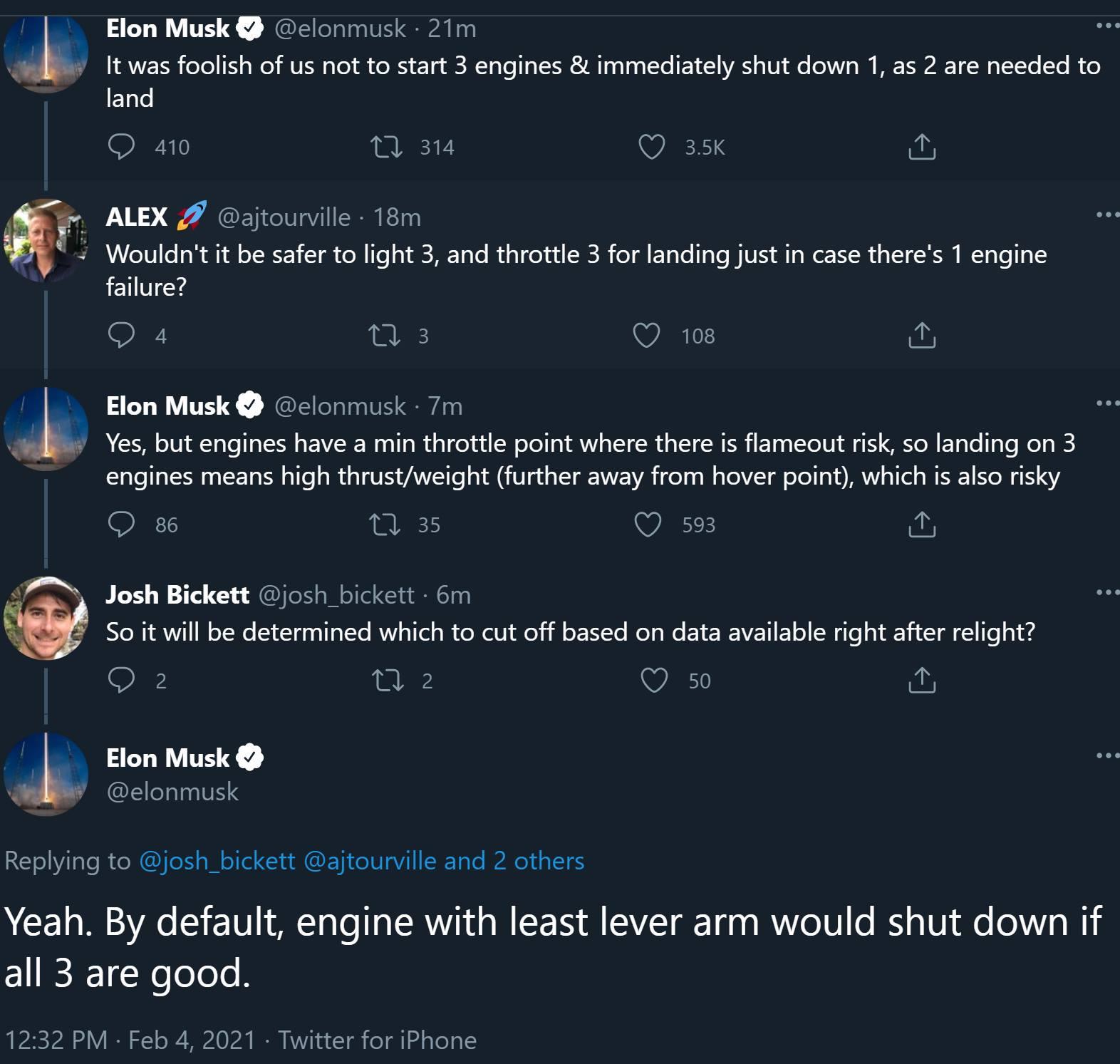 My thinking is, any engine optimised for vacuum will have severe flow instabilities at sea level owing to the overexpanded nozzle. This could result in unexpected and uncontrollable thrust vectors, which is exactly what you don't want while attempting a landing.

On the other hand, if only 1 of the 3 engines required for landing are working, the ship is likely doomed, as well as everything on board, so one might as well try everything possible to save it.

No, they can't, for two reasons:

So, even if you managed to start the engine at all, without the nozzle disintegrating, you would have no control, since you cannot throttle it without the flow instabilities getting even worse, and it has no TVC hardware.

Not the answer you're looking for? Browse other questions tagged spacex landing spacex-starship raptor or ask your own question.

25
What makes the Merlin vacuum engine so deeply throttleable?
6
New BFR Engine arrangement
5
Single Engine versus Multiple Engines for Moon Landing
4
From what material and how are the Merlin engines and nozzles of it (sea level) manufactured?
27
For the Starship SN8 flight, did they lose engines in flight?
3
Could another fuel be used in the SpaceX Starship header tank?
3
Are the engines present on the SpaceX Starship Sea level engines or Vacuum engines?