How well could the New Horizons spacecraft localize itself in space in 3D using parallax?

How far would we have to get from the Solar system to end lost in space? has inspired me to ask the following:

It has already measured the positions of the two stars Proxima Cenauri and Wolf 359 relative to distant stars in the same field of view, and these stars are about 81 degrees apart. These directions are nearly orthogonal!

That's good news because if one uploaded a small program to New Horizons to check these positions including the stars' known positions and proper motion, this would be sufficient for New Horizons to compute its own position in 3D space relative to the local group of stars to some degree of accuracy.

When stars are imaged in astrophotography the centroid and shape of the spot in the recorded CCD image is determined by both the point spread function of the telescope (resolution) and the pixelation and other effects of the CCD sensor and readout.

If things are good and you make a series of measurements and average, a good astrometric system can determine the centroid of a star's position to perhaps one tenth of the size of the spot. LORI is certainly a good space telescope (20.8 cm, f/12.6 Ritchey-Chrétien with ~ 1.0 arcsec per pixel) , but it's on a spacecraft in the Kuiper belt which may make astrometry more challenging.

Question: Nonetheless, let's find out: How well could the New Horizons spacecraft localize itself in space using parallax? Assume it has this hypothetical program uploaded to it with some astrometric image analysis (if it's not up there already!) and positions and proper motions of nearby stars. Address:

From Was a "spare LORRI" camera available to take matching image on Earth the same time New Horizons took the parallax image from the Kuiper belt?

From Long-Range Reconnaissance Imager on New Horizons a very nice and detailed summary:

The Messier 7 observations (see Figure 12) also confirm from stellar images that the point source function of the LORRI system, including the effects of spacecraft pointing jitter, is 1.8 pixels FWHM. Stars to at least 12th magnitude are detected. The plate scale, based on comparisons of pixel separations of bright stars in the field versus cataloged positions, is 4.96 μrad/pixel. Any geometric distortion in this image is less than 0.5 pixel. 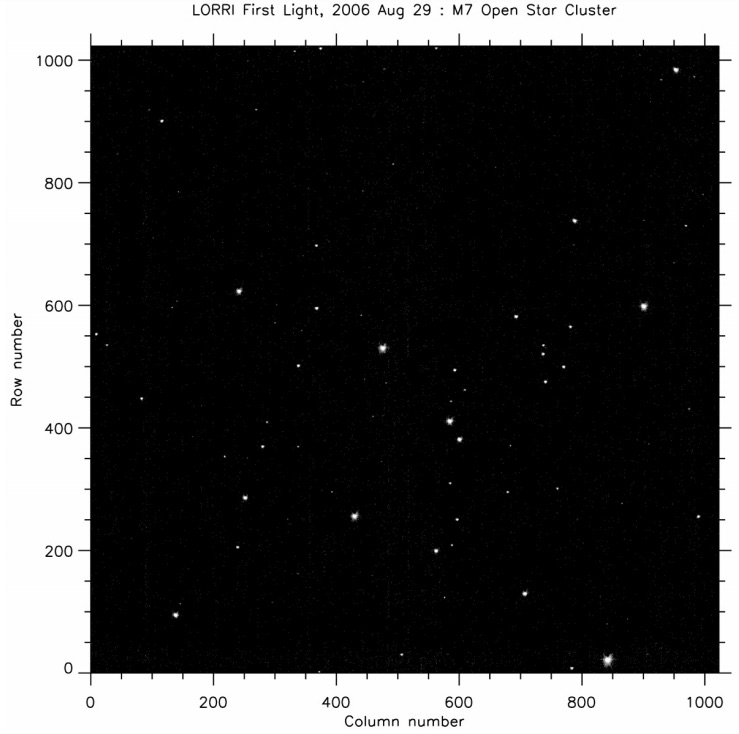 Figure 12. LORRI image of open cluster Messier 7 obtained in flight. This image has been logarithmically stretched. North is up, east is to the left.

The LORRI sensor has a resolution of θ = 5µrad or 1 arcsec per pixel. We can do a simple geometric approach to see which distance x corresponds to a change in the apparent position of a nearby star (say d = 8 ly) of one pixel. This is simply $\sin \theta \cdot d = x = 2.5~\rm AU$. That would be the position precision, if the position of at least 2 nearby stars could be measured down to 1 Pixel with respect to other stars. 2 stars in different directions are needed to be able to get your position in three dimensions, each measurement provides only two.

The optical resolution of the telescope is less than one pixel, i.e. a point like source like a star is not imaged onto a single pixel, but a larger number. Counterintuitively this is an advantage: The position of a smeared out spot can be determined much more precisely than to one pixel's size.

Given enough time and careful analysis I'd expect the resulting precision to be on the order of 1/10th of a pixel or $0.25~\rm AU$.

Not the answer you're looking for? Browse other questions tagged navigation photography new-horizons camera autonomy or ask your own question.

8
How can stellar images be "subtracted" from a sequence of exposures? (difference imaging)
6
New Horizons current mission
2
Was a "spare LORRI" camera available to take matching image on Earth the same time New Horizons took the parallax image from the Kuiper belt?
2
How far would we have to get from the Solar system to be unable to recognize constellations?
4
Is New Horizons' transmission of data from the Arrokoth flyby completed?

3
What did New Horizons photograph that was close enough to be out of focus?
9
How (the heck) can 2014 MU69's orbit be know well enough for a close flyby by New Horizons?
14
What's after the Kuiper Belt for New Horizons?
19
Could New Horizons take a "Pale Blue Dot"-like image this year?
2
Was a "spare LORRI" camera available to take matching image on Earth the same time New Horizons took the parallax image from the Kuiper belt?
3
Which spacecraft far from Earth have arc second resolution cameras that could measure Betelgeuse's position?
3
How (the heck) can thrusters alone stabilize New Horizons well enough to take high magnification 30 second long exposures in order to see +21 m objs?