Why is the Shuttle Landing Facility runway surrounded by water?

The runway at the Shuttle Landing Facility in Florida has a unique feature that looks rather intentional: it is surrounded by "moats" or "canals". 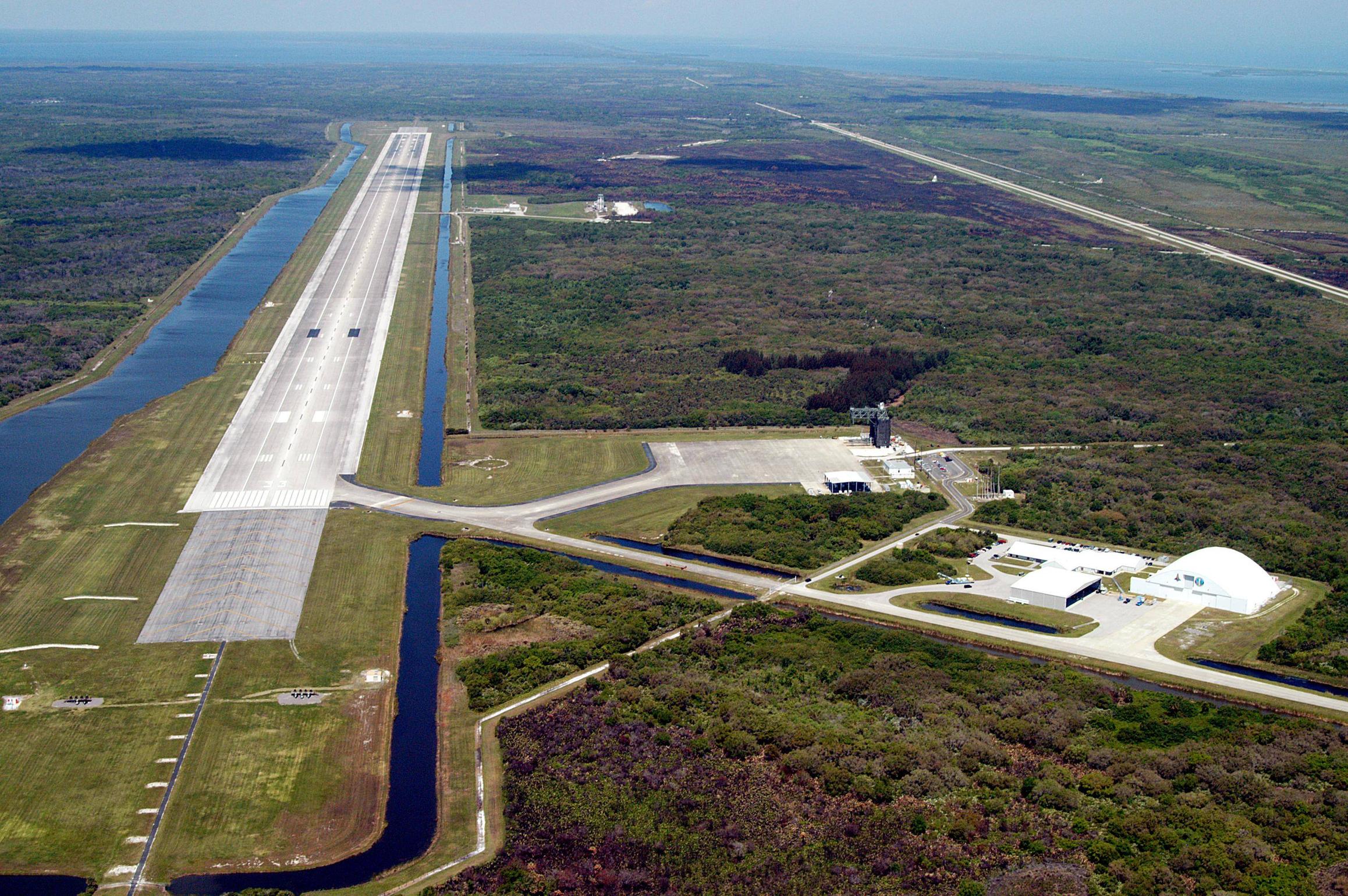 They certainly look man-made, so I presume this is intentional. I could only speculate as to why this was made a part of it, I'm curious what the official purpose of this is.

My initial instinct would be to say that it is there to provide water for fire suppression in case of an emergency, but I've never seen something quite like it at another runway.

Is there any official documentation explaining what the water surrounding the runway is for?

JSC wanted the water moat (located around the runway) since it would serve as a visual aid to identify the runway. It is also required by the Environmental Protection Agency (EPA) as a retention pond for storm water runoff from the concrete runway, and provides a barrier against the animals for the Merritt Island National Wildlife Refuge (MINWR).

I too have wondered this in the past, and an official explanation has been completely lacking in my research! However, the closest I've found is the suggestion that it's for drainage. The following link of a podcast transcription states the following:

Richard Merritt, a landing support manager with United Space Alliance, says Florida's marshy terrain is the main reason it took nearly a decade to move from one coast to another.

Richard Merritt/Landing Support Manager: We were still a research and development type of aircraft/spacecraft. They just weren't comfortable with the target here. If you look from above and looking on the runway, each side has a lot of water. So, if you didn't make the runway here, you'd be talking to the alligators.

They go on to talk about how it was easier to land on a dry desert (another landing site) because you didn't have to worry about that - so I think that hints that the canal was probably constructed for drainage purposes to keep the runway from being swamped.

There are other theories that have been put forward, but none seem plausible to me:

I did research on wild hogs in the late 1970's. The shuttle runway was right down the middle of my study area. While building the runway, the hogs rooted the area up faster than they could build it. Fencing did not keep the hogs out as they rooted right under the fence. The solution... dig canals, fill the canals with gators to keep the hogs out of the construction site long enough to finish construction.

Here is a link to my M.S. thesis on wild hogs at KSC https://www.researchgate.net/publication/35615093_An_investigation_of_the_movements_of_feral_swine_Sus_scrofa_in_East_Central_Florida Here are a couple of other links on wild hogs and gator issues around the shuttle runway. https://www.csmonitor.com/1983/1012/101225.html https://www.nasa.gov/feature/our-refuge-feral-hogs

Some research I've done on the web has turned up some interesting theories, but no official explanation. The theories that I think are most likely are:

A couple other ideas include:

26
Could the Space Shuttle have landed on any long runway other than those specially reinforced at Kennedy (TTS), and Edwards (EDW)?
21
Space shuttle exhaust after landing
0
Why would different Shuttle orbits have different mission directors?
55
Why use water tanks from a retired Space Shuttle?
3
What measures were taken to clear wildlife from the Shuttle Landing Facility?
7
Why was the shuttle landing crosswind limit reduced for longer missions
8
Was anything manufactured at the Michoud facility between Apollo and the Shuttle?
48
Why were the Space Shuttle Orbiter's landing gear not level?
9
Why was it necessary to monitor the water quantity in the space shuttle?