Lowest possible lunar orbit and has any spacecraft achieved it?

Because the Moon has no atmosphere a spacecraft can theoretically cruise at a very low orbit. What is the lowest possible lunar orbit and which spacecraft achieved it? Was it the Lunar Module of Apollo (began its landing sequence with a Descent Orbit Insertion /DOI/ burn to lower their periapsis to about 15 km)?

Is such low orbit rather circular or elliptical? Are there any quirks to a very low lunar orbit (perturbation effects due to gravitational anomalies etc.)?

The lowest orbit achieved would probably be PFS-2, a small satellite deployed from Apollo 16's service module. It was intended to go into a 55x76-mile orbit (88.5x122 km), but due to variations in the Moon's gravity field, it made passes of six miles (9.6 km) or less before crashing into the Moon's surface.

There are very few stable low orbits around the Moon due to the extremely lumpy gravity field. Most Lunar orbiters stay far enough up to not be affected. The closest deliberate trajectory is probably Chang'e 2 with a periapsis of 15 km (9.3 miles); other low flyers are the Lunar Reconnaissance Orbiter at 12 miles (20 km), and LADEE (20km x 60km, 12mi x 37 mi).

very close orbits around any body with an imperfect, lumpy gravity field will evolve over time and can eventually intersect the body's surface.

"Lumpy gravity" first became a thing when the term mascon or mass concentration was coined to explain the perturbers that lead to a low lunar orbit evolving to intersect the surface (i.e. something crashed into the Moon earlier than expected).

The Apollo 16 Particles and Fields Subsatellite (PFS-2) was a small satellite released into lunar orbit from the service module. Its principal objective was to measure charged particles and magnetic fields all around the Moon as the Moon orbited Earth, similar to its sister spacecraft, PFS-1, released eight months earlier by Apollo 15. "The low orbits of both subsatellites were to be similar ellipses, ranging from 55 to 76 miles (89 to 122 kilometres) above the lunar surface.

"The orbit of PFS-2 rapidly changed shape and distance from the Moon. In 2-1/2 weeks the satellite was swooping to within a hair-raising 6 miles (9.7 km) of the lunar surface at closest approach. As the orbit kept changing, PFS-2 backed off again, until it seemed to be a safe 30 miles away. But not for long: inexorably, the subsatellite's orbit carried it back toward the Moon. And on May 29, 1972—only 35 days and 425 orbits after its release"—PFS-2 crashed into the Lunar surface. 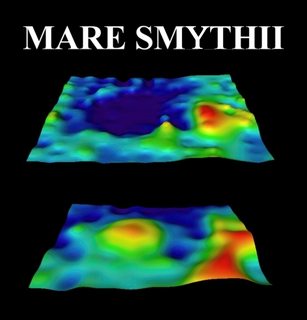 source "This figure shows the topography (top) and corresponding gravity (bottom) signal of Mare Smythii at the Moon. It nicely illustrates the term 'mascon'."

So topographically this looks like a crater, i.e. missing mass, but gravitationally it looks like a mass excess or mass concentration. Every time a spacecraft passes near a mascon its orbit will be perturbed in some complicated way.

For very low orbits it will almost certainly be necessary to have some available propulsion to perform regular station keeping maneuvers (small propulsive impulses or continuous forces) to counter the effects of the many mascons.

As pointed out in several answers, the lower you are, the larger the effects. You can think of a mascon as a separate, small gravitational object in addition to the Moon's average gravitational field, and the $a \sim Gm/r^2$ law would then apply to the acceleration it produces as well where $r$ is now the distance between the spacecraft and the subsurface mascon.

So the lower you want to go, likely the stronger the propulsion system you will need for station keeping.

There may be some altitude at which passive propulsion like a solar or electric/magnetic sail reflecting sunlight or solar wind charged particles might work for a very low mass craft, but below it you'd need a supply of propellant and some kind of thruster to accelerate it.

And that means you'd eventually run out of propellant and then crash.

The second effect is of course the Moon's surface is not a perfect sphere. Wikipedia's Topography of the Moon tells us that in addition to the few km roughness of the surface:

that the elevations are on average about 1.9 km higher on the far side than the near side.

and that relates to the questions 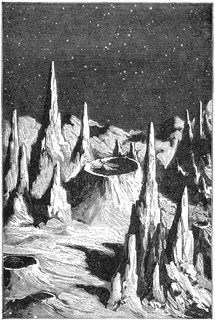 However since the Moon's lumpy gravity is extremely well mapped and understood, and we have computers, there may be certain specific frozen orbits even at very low altitudes that minimize the amount of station keeping necessary, or at some altitude even allow for fairly long duration orbiting without any.

This answer should be read completely and all its sources consulted. Briefly paraphrased:

LRO was inserted into a polar frozen orbit for commissioning, which required no stationkeeping. (31.5 km x 199 km polar orbit with periapsis over the South Pole, "frozen" = line of apsides and eccentricity remain fixed.

Then moved into 50 km circular polar orbit (+/- 20 km) for science mission requiring a stationkeeping maneuver once a month, with a budget of about 150 m/s for the year.

moved again into a polar frozen orbit after mission, where no stationkeeping was required.

"...and has any spacecraft achieved it?"

I think that other answerers can address this with more historical thoroughty1 than I, so I'll defer to their expertise, but it sounds like the LRO frozen orbit is likely the best representative example of what's been achieved to date.

That doesn't mean at all that something closer and cleverer isn't possible! 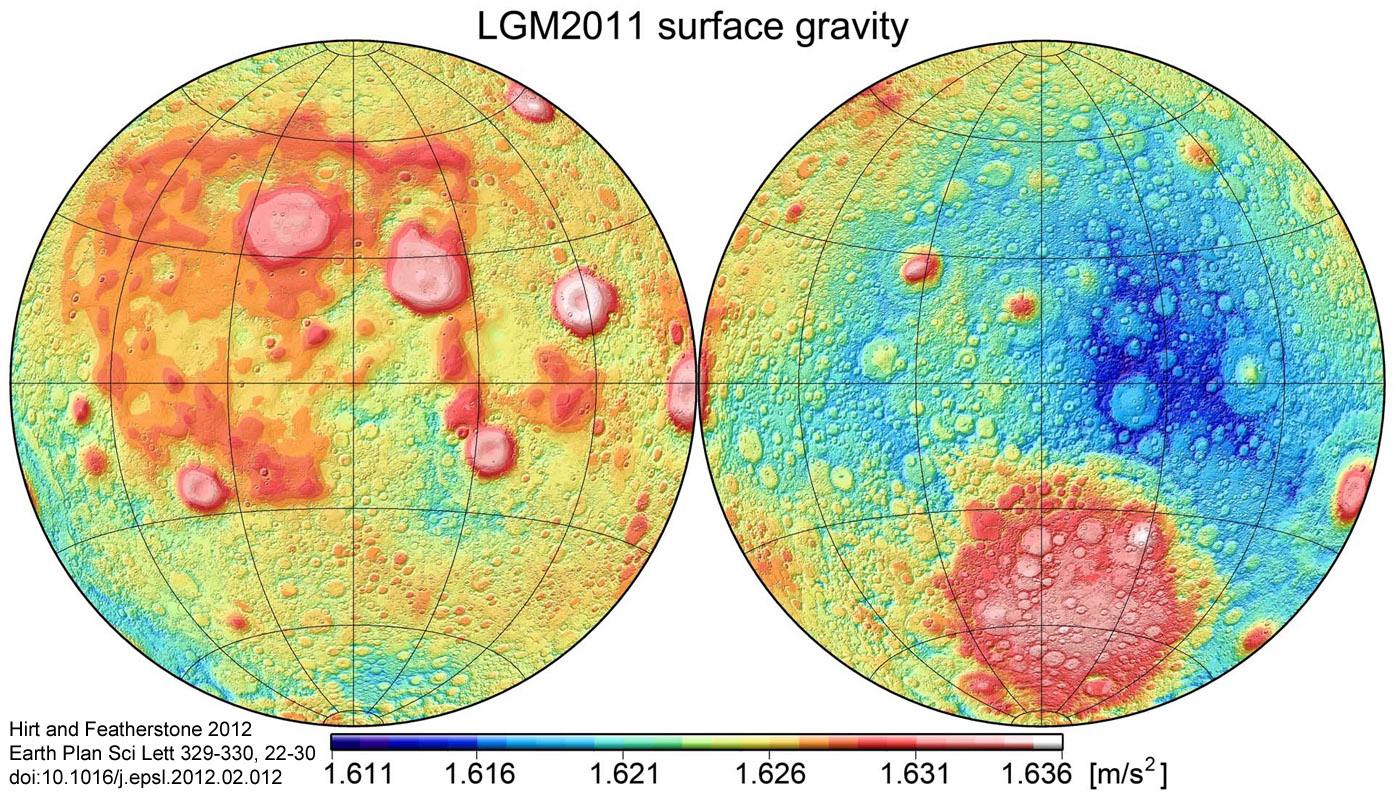 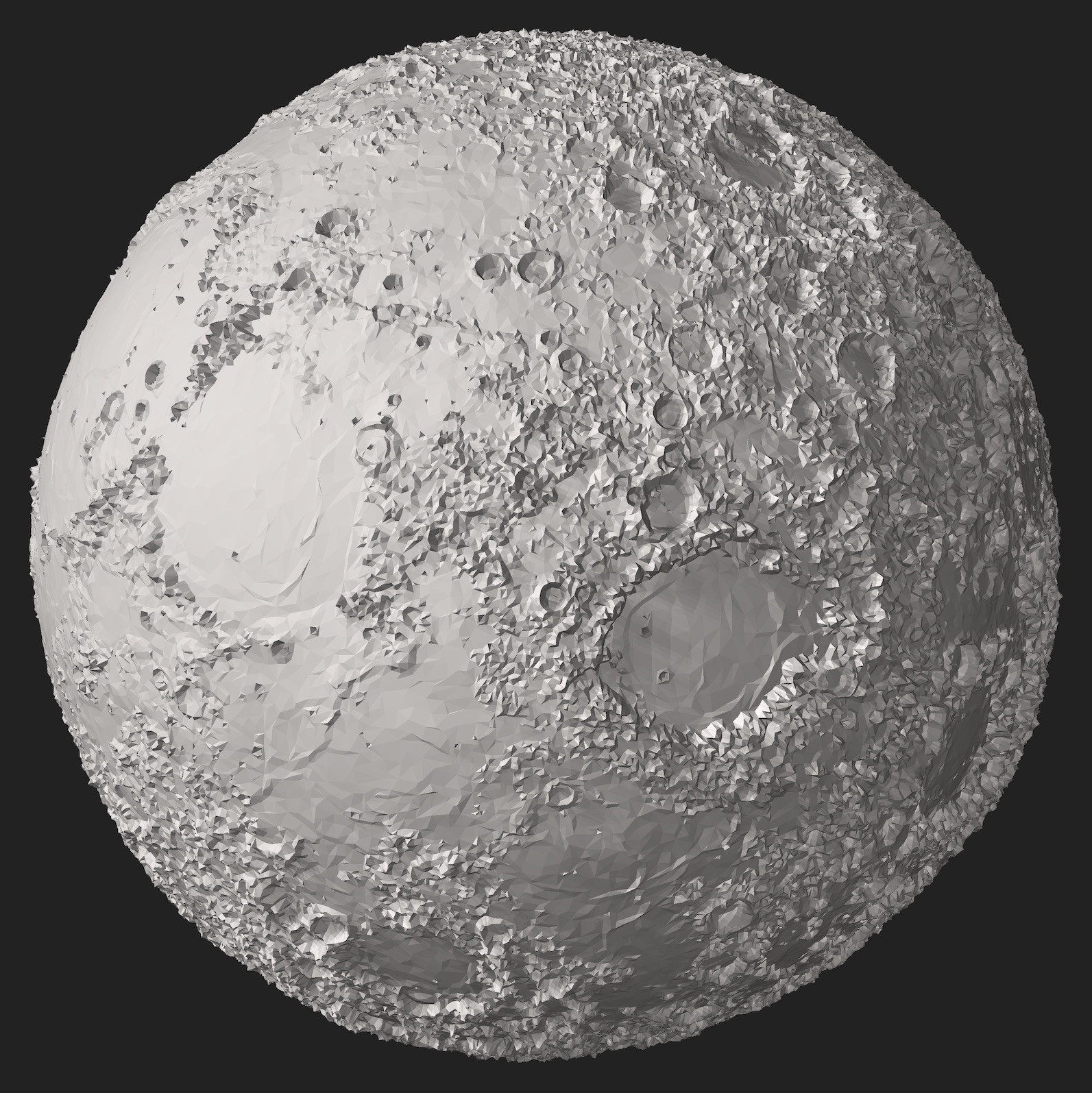 1Could “thoroughty” have been a word if thoroughness hadn't been there?

Maybe, depending on your definition of "orbit".

The lowest possible orbit around the Moon is a highly elliptical orbit where the orbiting body just barely avoids grazing the surface at its lowest point. This would mean that the Apollo landers, during their descent to the Lunar surface, would have been in such an orbit, since the landing process would involving burning rockets to adjust their orbit into one that allowed them to land on the Lunar surface.

1
What's the lowest periapsis of a successful orbit around the Moon?
10
Which side of the Moon faces Earth, the heavy side or the lighter side?
10
Besides Luna, what celestial bodies exhibit lumpy gravity?
8
Moon orbit station-keeping delta-V budget
3
Are low, polar lunar orbits in general relatively stable?
10
How much delta v is required to keep a low Lunar orbital station stable?
9
What's the floor for stable retrograde lunar orbits?
3
Could a spacecraft make two stable orbits around Mercury at an altitude of three miles?
5
Has a satellite or spacraft orbiting the Moon or Mars been spotted from the surface of that body?

5
What would your altitude be after you had achieved escape velocity from the moon?
20
Could an Apollo LM land uncrewed?
1
Equation for orbital period around oblate bodies, based on J2?
3
Low arrival V-infinity?
1
Orion Exploration Mission-1; clarification and additional trajectory information?
5
Would it be possible to Boost ISS to L1 or Lunar Orbit?
3
What is the cheapest possible way to land a crew of 2 on the moon?
3
How many times will the Photon fire its Curie in order to "reach the right spot" to deploy CAPSTONE towards the Moon?
5
What does a low thrust apoapsis raising look like?