How fast was NASA Perseverance flying at when it hit Mars' atmosphere?

Do we know how fast Perseverance was flying at relative to Mars when it hit its atmosphere?

But it doesn't really cite a source and I'm hoping for a slightly more specific figure if possible.

Your number seems quite close to the one below, but that's not a surprise. There isn't a precise beginning to an atmosphere, so it doesn't make sense to look for an exact number.

Since the atmosphere varies exponentially, there is no edge to hit, but there is an entry interface, an arbitrary point where the mission planners simply say that the atmosphere begins for planning purposes.

Here's a bit of the moment-by-moment narration from Perseverance Entry, Descent and Landing Lead Engineer Dr. Swati Mohan who does an excellent job explaining what was happening throughout. Starting at about 03:05:40 in the video WATCH LIVE: NASA's Perseverance rover landing on Mars 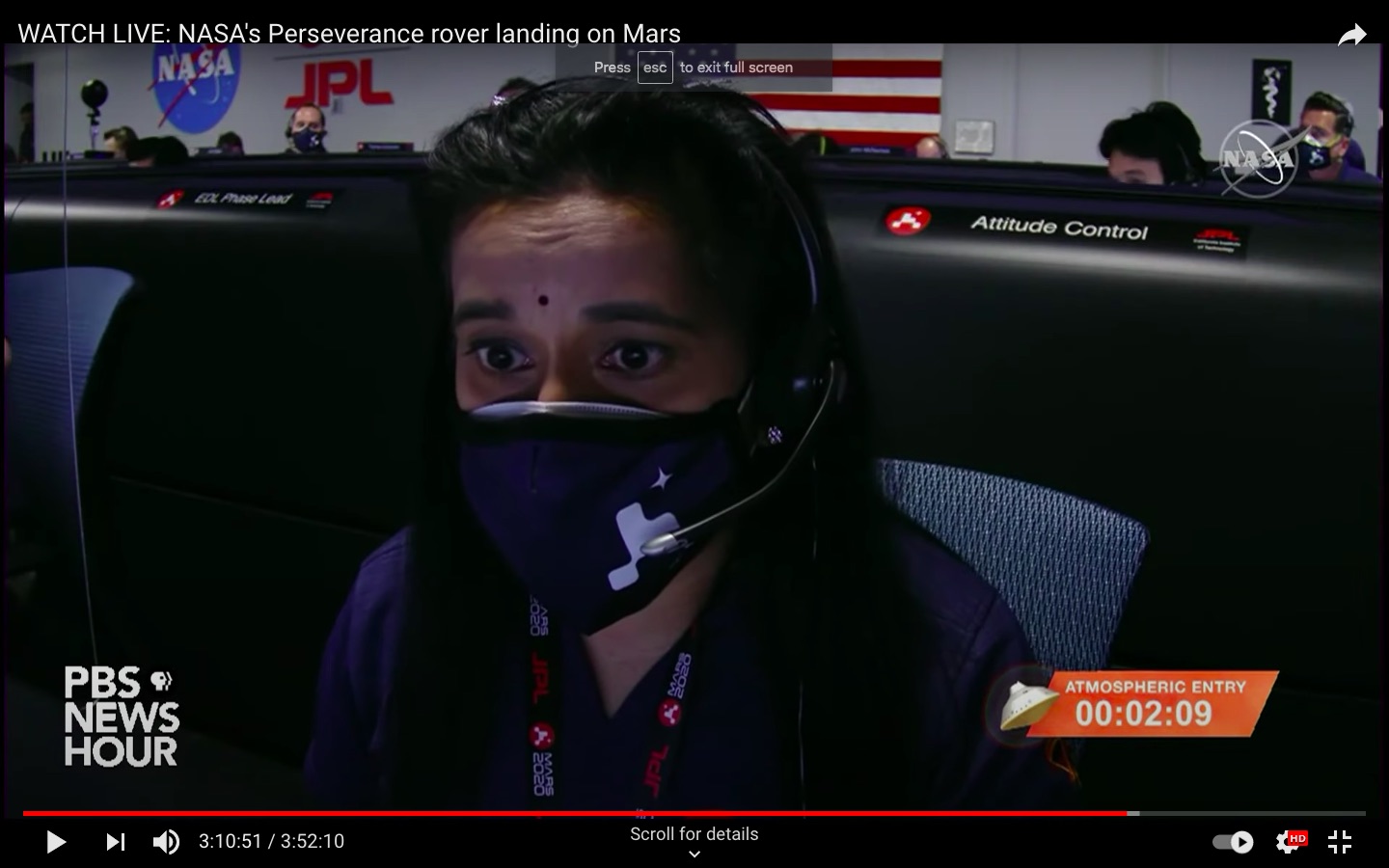 Not the answer you're looking for? Browse other questions tagged mars reentry perseverance or ask your own question.

9
During the MSL (Curiosity) Mars atmosphere entry, when was the last time the Reaction Control System used?
4
Are there any at least somewhat authoritative estimates of how long it will be before people will land on Mars and setting up camp?
7
How could the landing date of Perseverance Rover be fixed irrespective of 26 days launch window?
7
How will NASA set Perseverance to enter the atmosphere of Mars at the right location after traveling 7 months in space?
3
How did the Space Shuttle prevent flying up when reentering the atmosphere?
13
Will Perseverance be captured into Mars orbit before descent or would it be a direct descent into the atmosphere?
5
Why did NASA intentionally crash-land the Curiosity and Perseverance sky cranes on Mars?
13
How did the Perseverance rover land on Mars with the retro rockets apparently stopped?
7
At the end of the test campaign, could Ingenuity be programmed to fly fully autonomously to the planned sample cache depot location?