What is this unlikely-looking contraption ("plutonium battery and scientific equipment") they're making Jim Lovell cary around a parking lot?

The BBC's Did nuclear spy devices in the Himalayas trigger India floods contains the following image and caption. 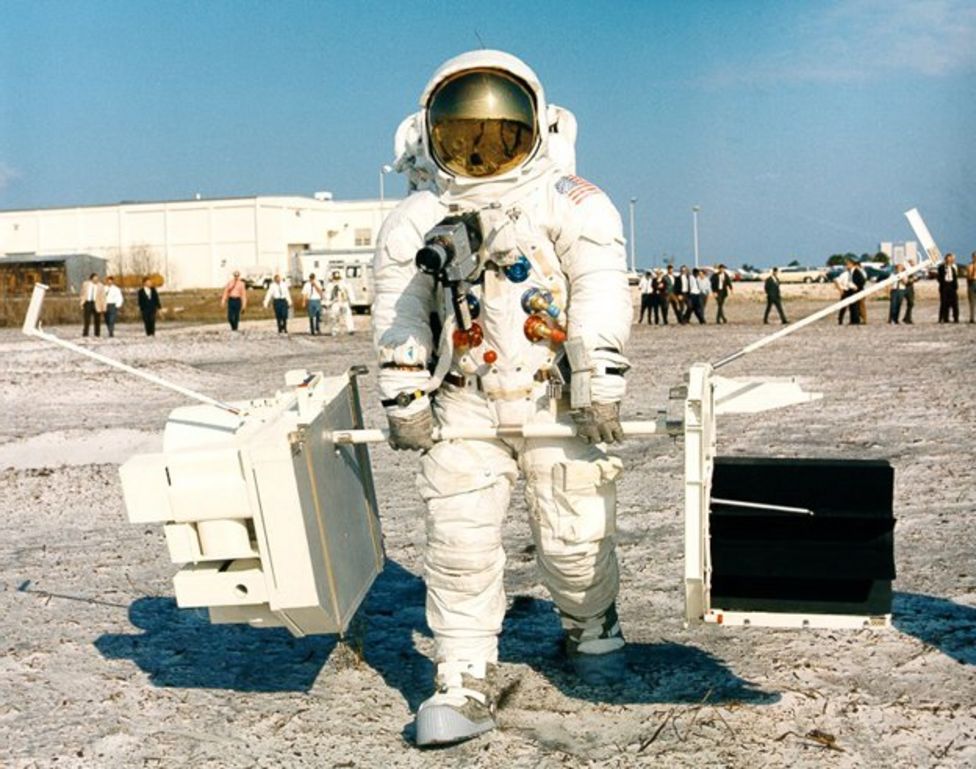 The black thing on the right is a SNAP-27 RTG. and the box on the left is an ALSEP (Apollo Lunar Surface Experiment Package) that it powers.

Here's a picture of the ALSEP for Apollo 12: 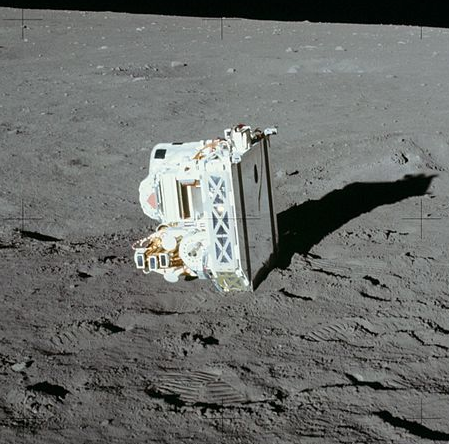 And here is Alan Bean attaching it to the RTG with the antenna to make the barbell object in your original image: 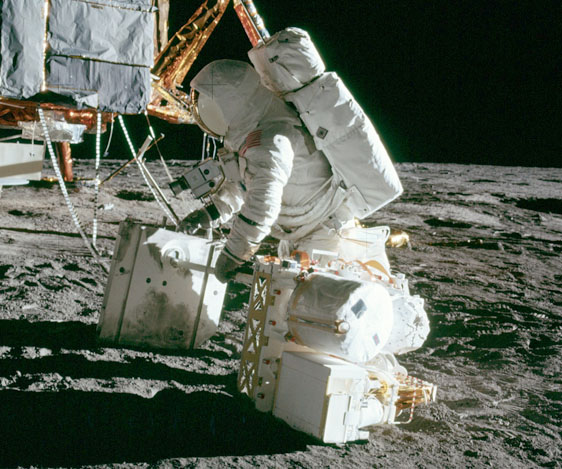 As to the second part of the question, it is clearly a training mock-up which would have had an Earth-appropriate weight, and they're probably checking that someone who is suited and booted can actually deploy it. Who knows why they did it in the car park though. Maybe it was a nice day and everyone else fancied a bit of fresh air.

The training mock-up is referenced here, which says

The Apollo 12 crew was the first to deploy a full ALSEP array and experienced a few problems carrying the packages out to the deployment site. For example, the whole pallet tended to rotate, especially the pallet containing the RTG power supply. The crew commented that the necessity to grip the carry bar tightly was tiring to the hands. On Apollo 14, Mitchell commented that the bouncing sub-pallets at the end of the barbell made it very difficult to carry and that he ended up carrying it across his arms. It seemed considerably heavier than he anticipated since the 1/6th g lightweight mock-up didn't respond in the same way.

Not the answer you're looking for? Browse other questions tagged the-moon apollo-program identify-this-object apollo-13 moonwalking or ask your own question.

8
What are these structures on the Lunar Ranging Retro Reflector (LRRR) arrays for?