How is parachute cover during Mars EDL prevented from crashing onto parachute or lander upon parachute opening? 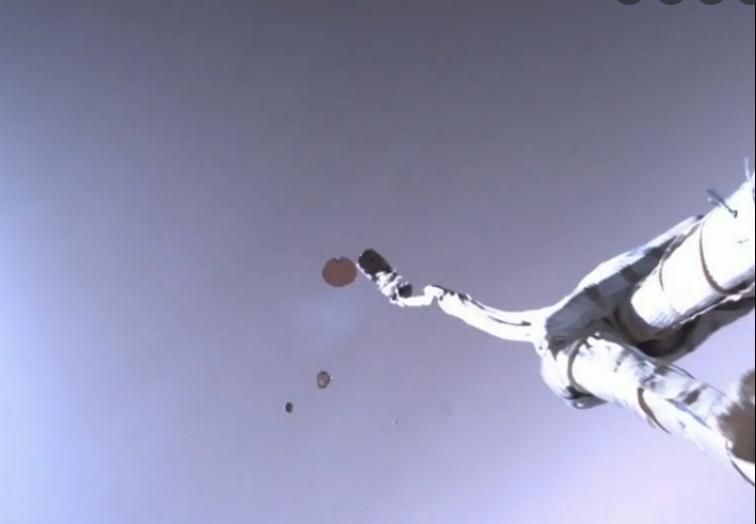 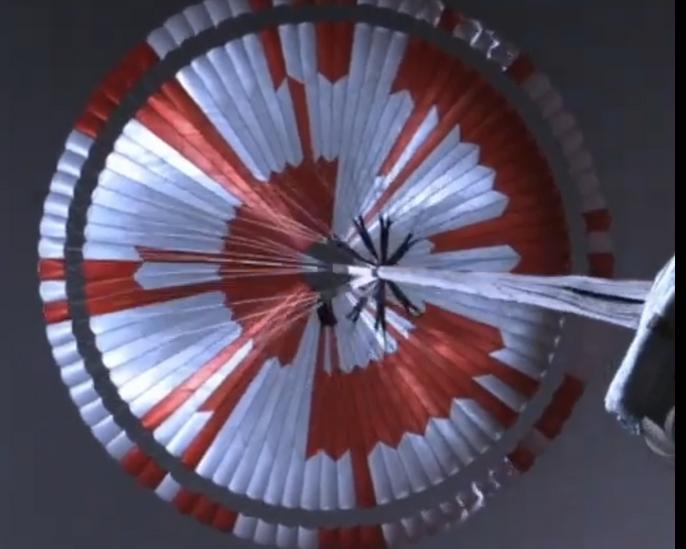 MARS2020/Perseverance footage of parachute opening shows that parachute cover ejected by the lander (together with other "things") followed same trajectory of parachute box, until parachute itself opened and started slowing down the lander.

But the parachute cover was not on parachute, so probably it was not slowing down as much as the lander.

What does prevent the cover from falling right into the parachute and possibly the lander itself in this EDL design?

This perhaps isn't the most useful answer, but from what research I've been able to do it seems that nobody cares. This seems weird, given the risk to the parachute, if nothing else. I can only imagine that the cover's very light weight and high drag ensure that it doesn't come anywhere near the rest of the lander or the parachute, and this is presumably so obvious and uninteresting to all the scientists and engineers involved that they don't think to mention it even in an offhand way.

There have been various things written about the design and use of supersonic parachutes with mortar launchers over the past 50 years or so... Viking 1 used them, as have the various Mars landers that have been sent there since.

There are various things people say about the size of the charge to eject the parachute, and the metal sabot that the gas generator pushes against that in turn shoves the parachute out is a thing that has been highlighted as a potentially risky bit of gear that could punch a hole through the canopy or hit the lander if not dealt with properly.

The sabot capture bag assembly is similar to that developed during the MER and Phoenix programs. Its primary function is to capture the sabot after mortar fire, to prevent it from damaging the canopy.

but not one word about the cover of the parachute deployment system, except to note that it exists!

I found a Viking lander-era paper, "Parachute Mortar Design" which I read for free on a website of possibly dubious provenance (I can't read Chinese to say either way, but I won't link it here just in case). It can be bought for something like 30 dollars which no-one should be prepared to pay, quite frankly.

It is usually aluminum and can be attached to and remains with the apex of the parachute.

and aside from a discussion of shear forces to ensure that the cover is blown off and the mortar stroke isn't limited, that's it. I strongly suspect that supersonic parachutes won't keep the cover tethered to them, however... I don't see it in any of the relevant images.

Finally, I found this: Development and Qualification of the Mars Science Laboratory Mortar Deployment System which says little more than

The pack proceeds to displace the cover that is mounted on the top of the mortar tube.

So there you have it. The cover just gets blasted out of the way, and no-one gives it a second thought. I'll leave you with a nice gif of it happening (and the sabot being caught, by way of a bonus).

Not the answer you're looking for? Browse other questions tagged mars perseverance mars2020 edl or ask your own question.

6
How would a manned Mars Lander be tested
6
How would a manned Mars mission keep from contaminating Mars?
1
How far did the Mars Polar Lander travel?
5
How does a Mars lander reach a chosen landing site?
2
Are there any preliminary results from Mars lander InSight's RISE antennas?
7
What precautions are planned to prevent samples returned from Mars crashing and releasing organisms on Earth?
3
Why does the Perseverance Rover do sample caching?
2
How to get MARS2020/Perseverance EDL trajectory data from spice kernels?