Where is SpaceX planning to land their booster rockets for Mission 14 and 15?

SpaceX has stated "Flights 14 and 15 will attempt to land on a solid surface with an improved probability of success." Are they going to land at the Cape, or some other solid surface?

At this point, we are highly confident of being able to land successfully on a floating launch pad or back at the launch site and refly the rocket with no required refurbishment

In a Tweet, Elon Musk revealed the landing barge, now known as an ASDS (Autonomous spaceport drone ship) will be towed to the landing area. Beyond that, much is still unknown. 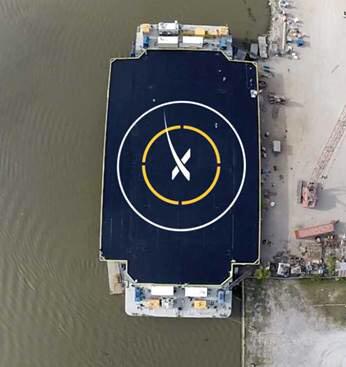 Interesting that they claim they have enough evidence they can refly with no required refurbishment. That seems a claim too far from the current known evidence.

The landing on a floating launch pad with proper cameras would be awesome to see I suspect!

I suspect, having run qualification testing on MANY Merlin 1 engines now (10 F9 flights, 5 F1 flights, that is at least 105 engines), through multiple generations (Merlin 1A, 1B, 1C, and 1D now), having run a Merlin 1D through many flight cycles on Grasshopper, and having run a trio of Merlin 1D's on F9R-Dev1 for two flights they have WAY more flight data than almost any other engine program that considered reuse.

One imagines a full launch/landing will still have surprises, but it is possible they know most of what they were looking for. The unknown stuff is what will bite them. Which is what the F9R-Dev2 at Mojave will be aiming at covering.

Not the answer you're looking for? Browse other questions tagged launch rockets spacex landing or ask your own question.

14
How is SpaceX going to land their Falcon first stage?
27
Now that they can land a Falcon 9, what will they do with it?
10
SpaceX landing on land vs landing on drone ship
2
Which has greater accuracy? Minuteman ICBM or Falcon 9 first stage?
4
Will SpaceX land the first stage for the TESS mission on land or a barge?
8
Where will SpaceX build and launch the BFR?
5
SpaxeX employees on the droneship when the booster lands?
7
Would it be possible for a Falcon 9 booster stage to land after an in-flight launch failure?