Why did the communication cable of the Perseverance rover make an angle so great with the other three cables? [closed]

Ask Question
Asked 1 month ago
Active 1 month ago
Viewed 174 times
-7
$\begingroup$
Closed. This question is off-topic. It is not currently accepting answers.

How can you explain the weird position of the communication cable in the image below? 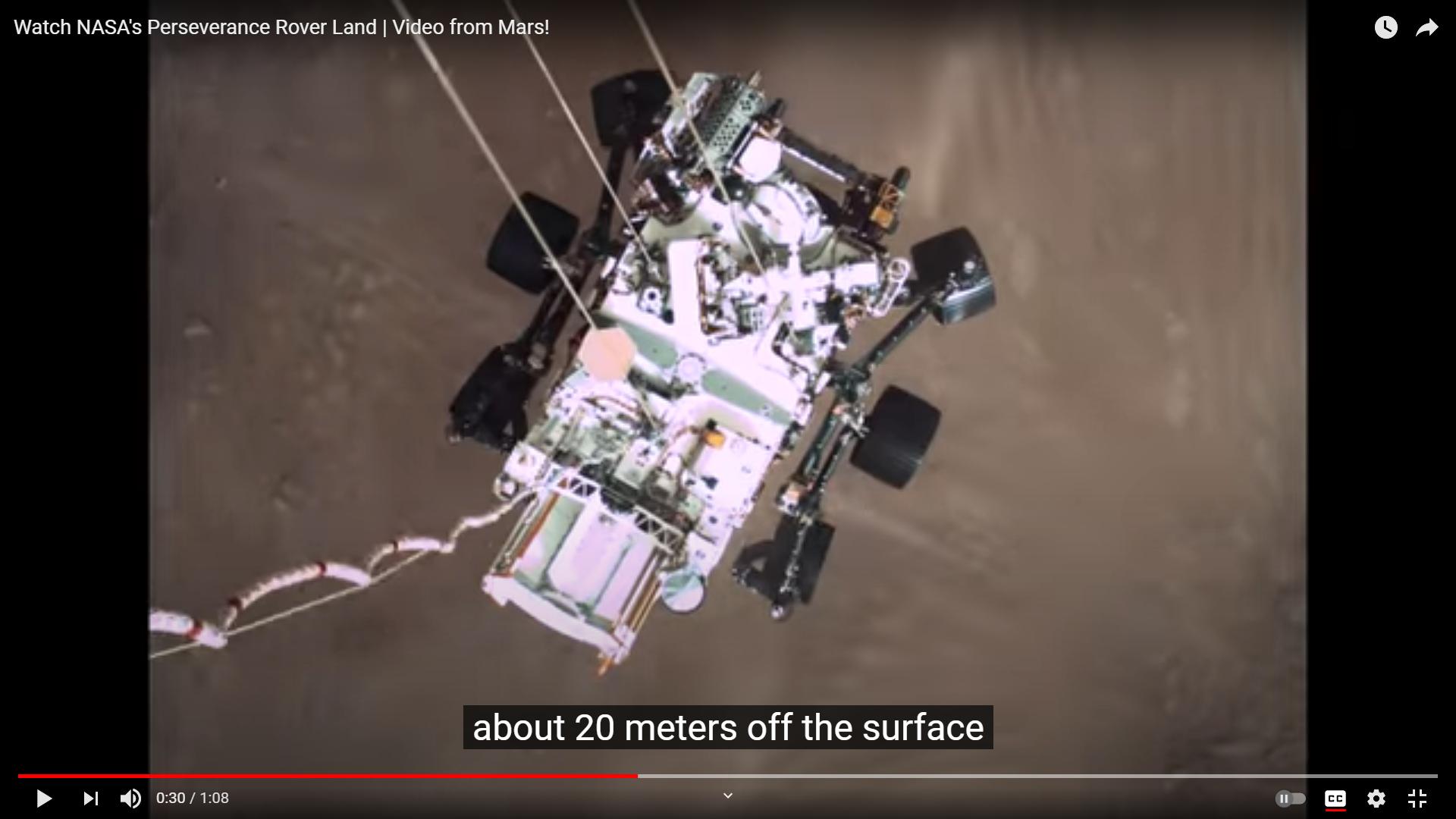 The Perseverance about 20 meters above the surface of Mars. The communication cable, between the rover and its skycrane, makes a large angle with the other three cables, and looks like it comes from a totally different direction, not from the crane.

This image proves that parallel lines look parallel in a picture no matter where the camera is placed in relation to them. 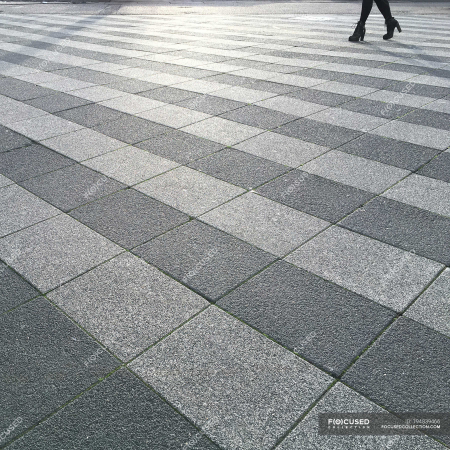 All four cables should be parallel to each other no matter where the skycrane camera is located. – azot

Maybe we can recreate this. Let's do some arts and crafts! 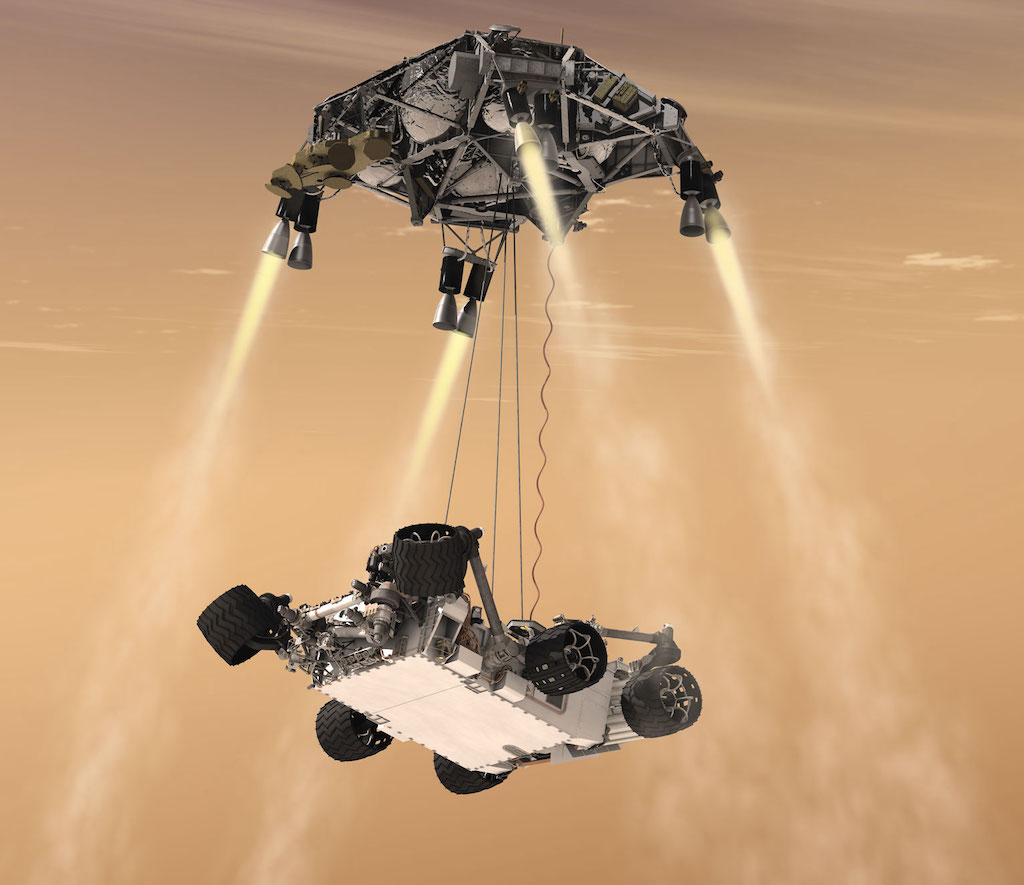 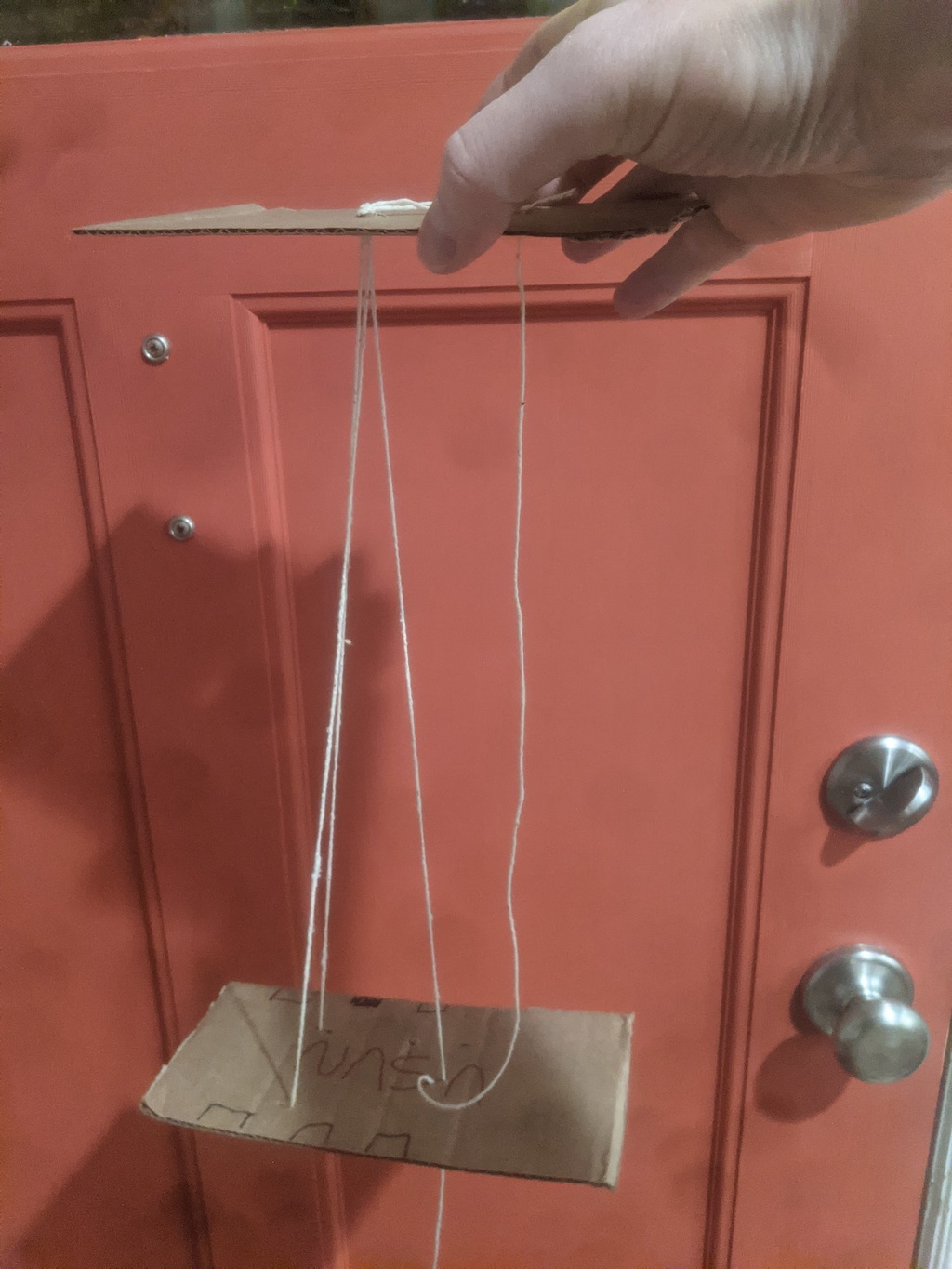 If the camera is located between the support and data cable anchor points... 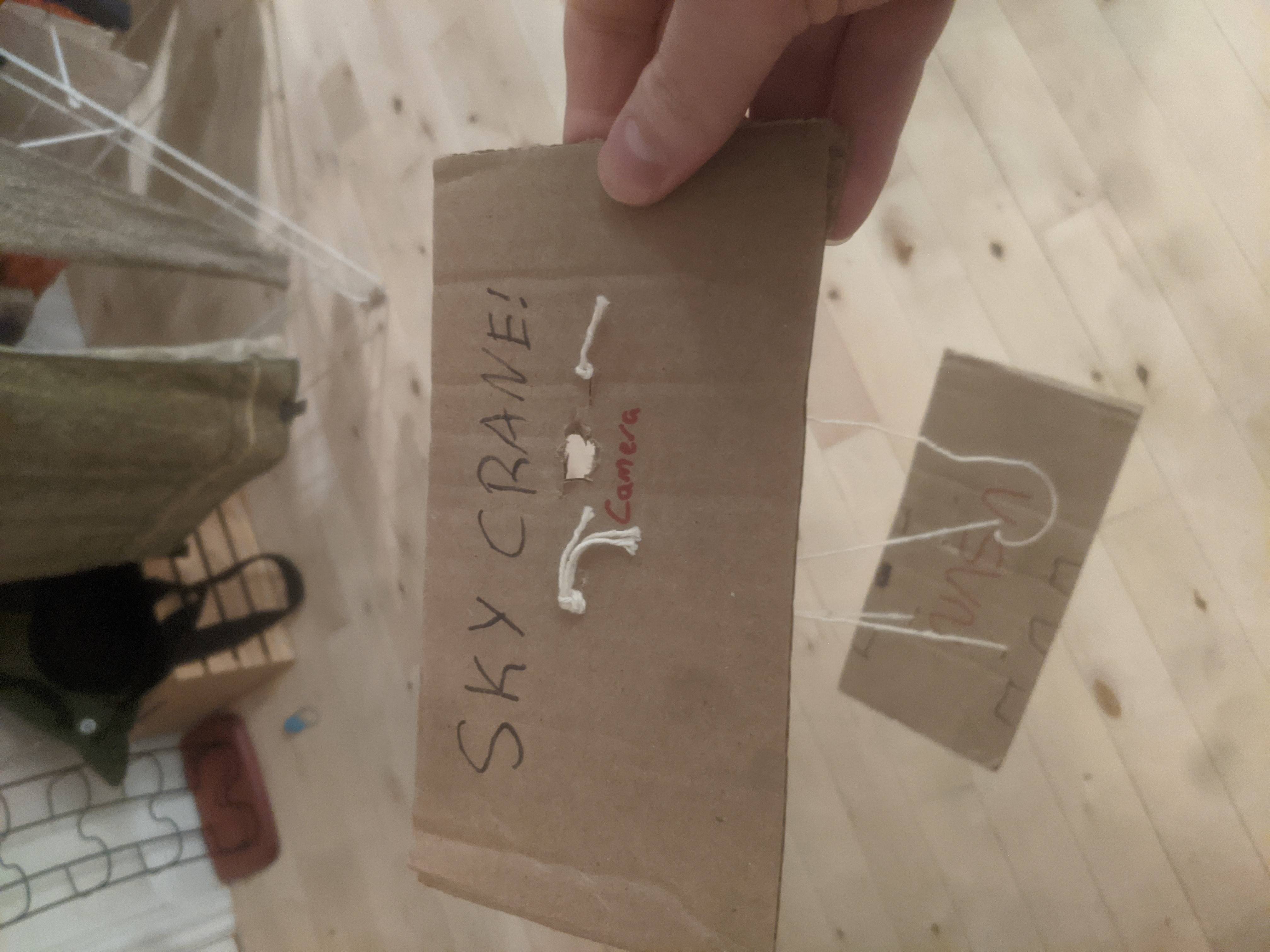 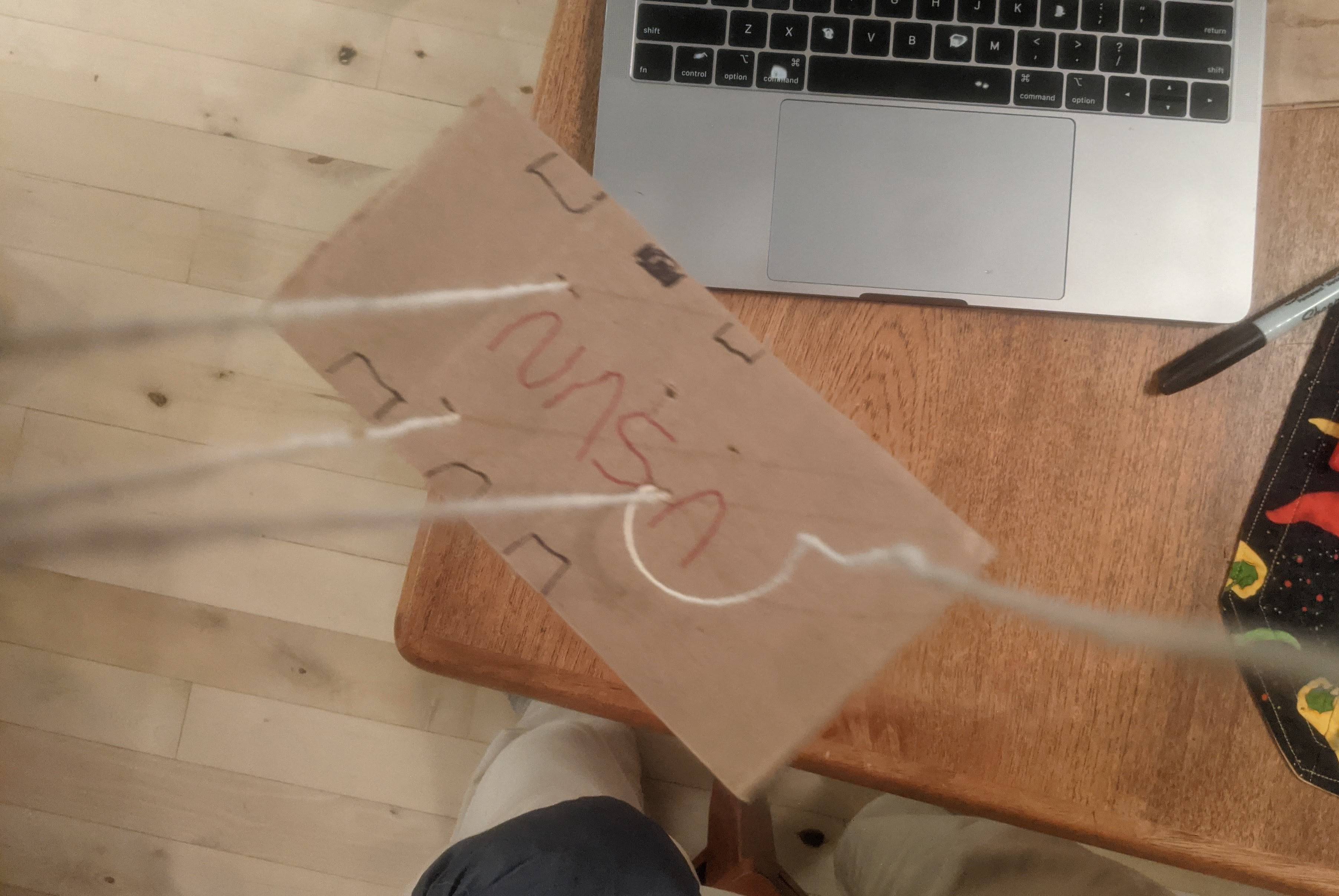 I assure you, I received no secret government funding for this high tech simulation.

As an addendum to Schwern's excellent answer:

This image proves that parallel lines look parallel in a picture no matter where the camera is placed in relation to them.

That image proves exactly the opposite. In this picture: 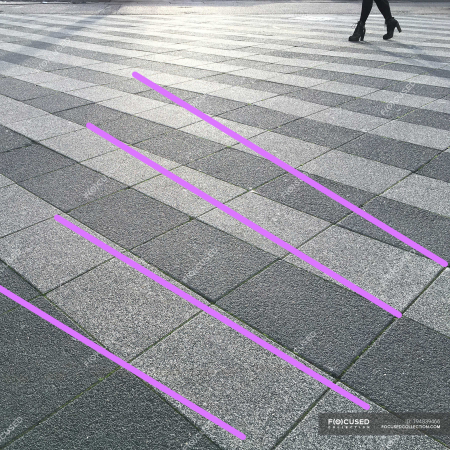 Finite distance perspective dictates that lines which are parallel in real space will appear to meet at a vanishing point.

note that the following arguments are based on a pinhole camera (zero distortion) model. If it's a wide angle lens with plenty of distortion then all bets are off!

The three support cables definitely slightly converge and will likely meet at some point, they are at least consistent with being parallel to each other but it is impossible to tell if they are or not for certain.

The communications cable does not meet them at their common vanishing point, so it's almost certainly not parallel to the other three.

Any assertion that it "must be" parallel to the other three, or that it comes from some place other than the crane is simply baseless. 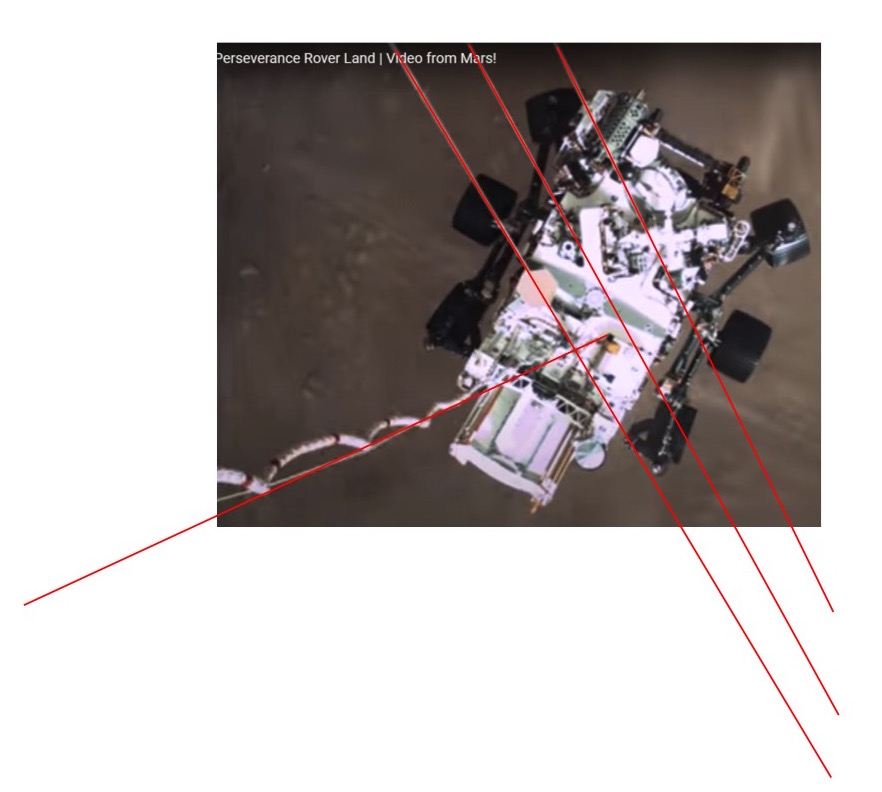