How were STS SRBs disassembled

What was the process for disassembling the SRBs following their recovery?

Was it broken down to the field or factory seal level of segments, and how was it taken apart?

SRB segments for reference while reading this: 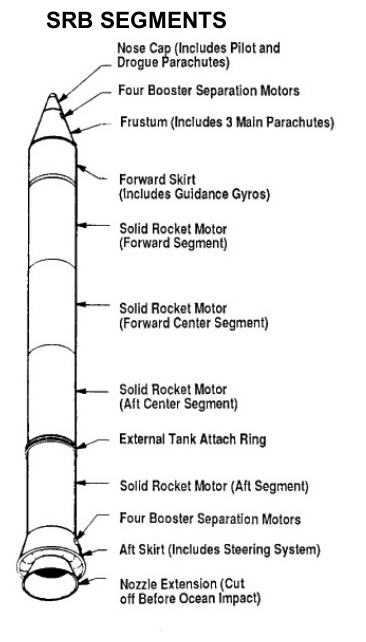 The boosters were towed back to KSC by ship. This crane then lifted them out of the water... 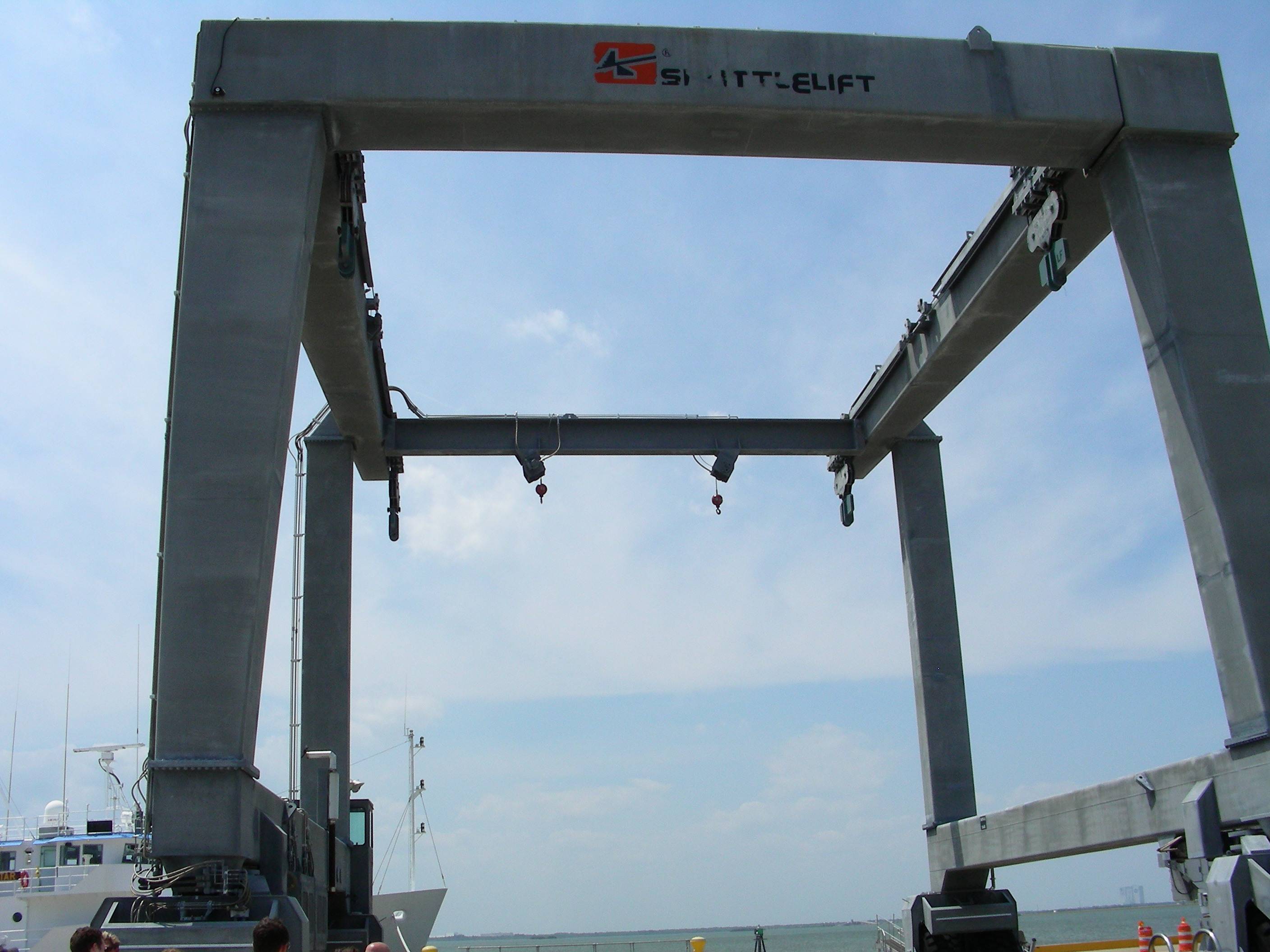 ...and placed them on this dolly which could move them into Hangar AF. 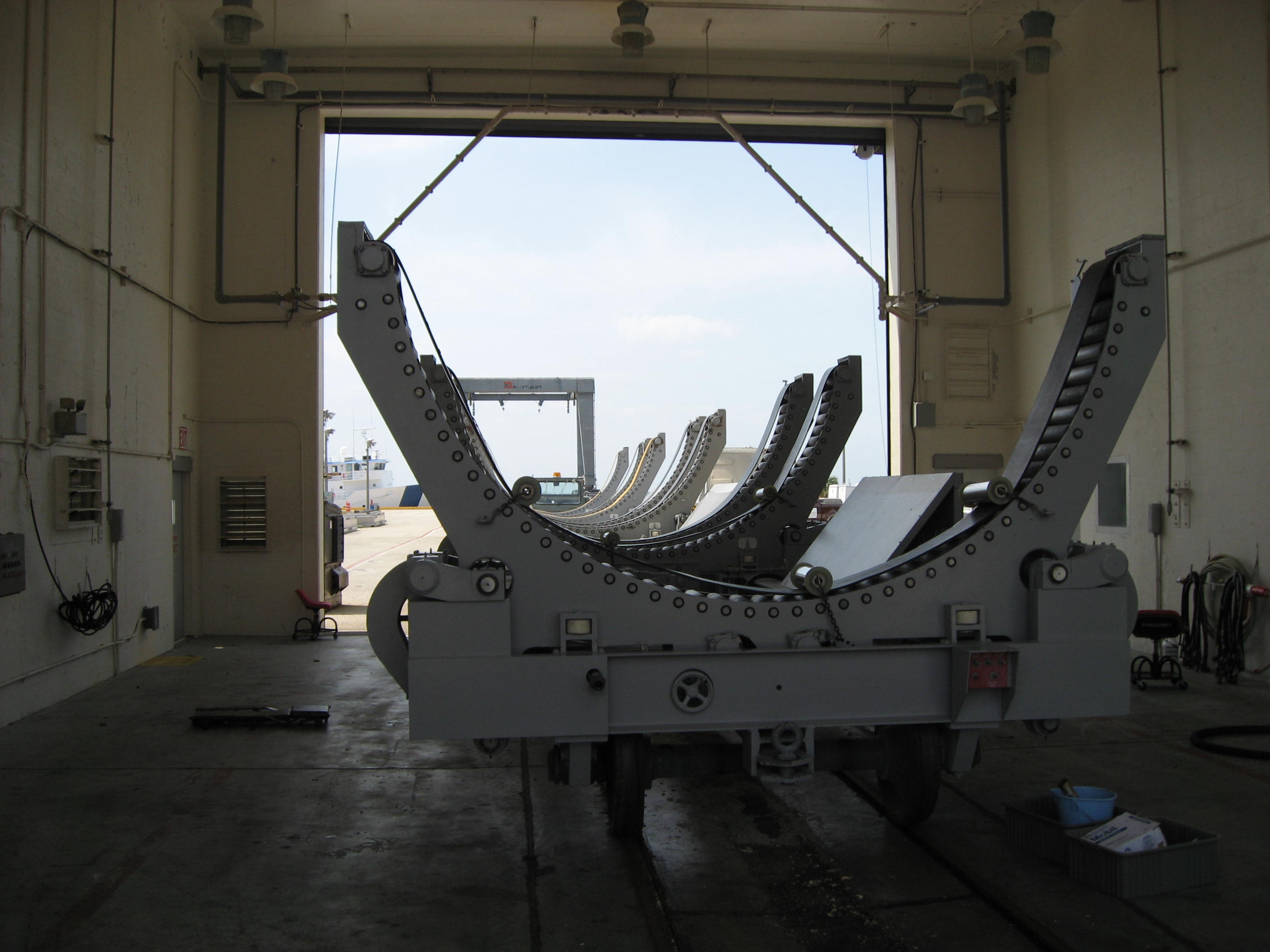 The SRBs were washed down and hazardous materials (unfired ordnance, etc) was removed.

After an inspection, the dolly moved the SRB into a hydrolasing bay where the remains of the external thermal protection system were removed.

The dolly then moved the SRB back into the hanger for disassembly (still in a horizontal stance). The aft skirt was removed first, here is an example. 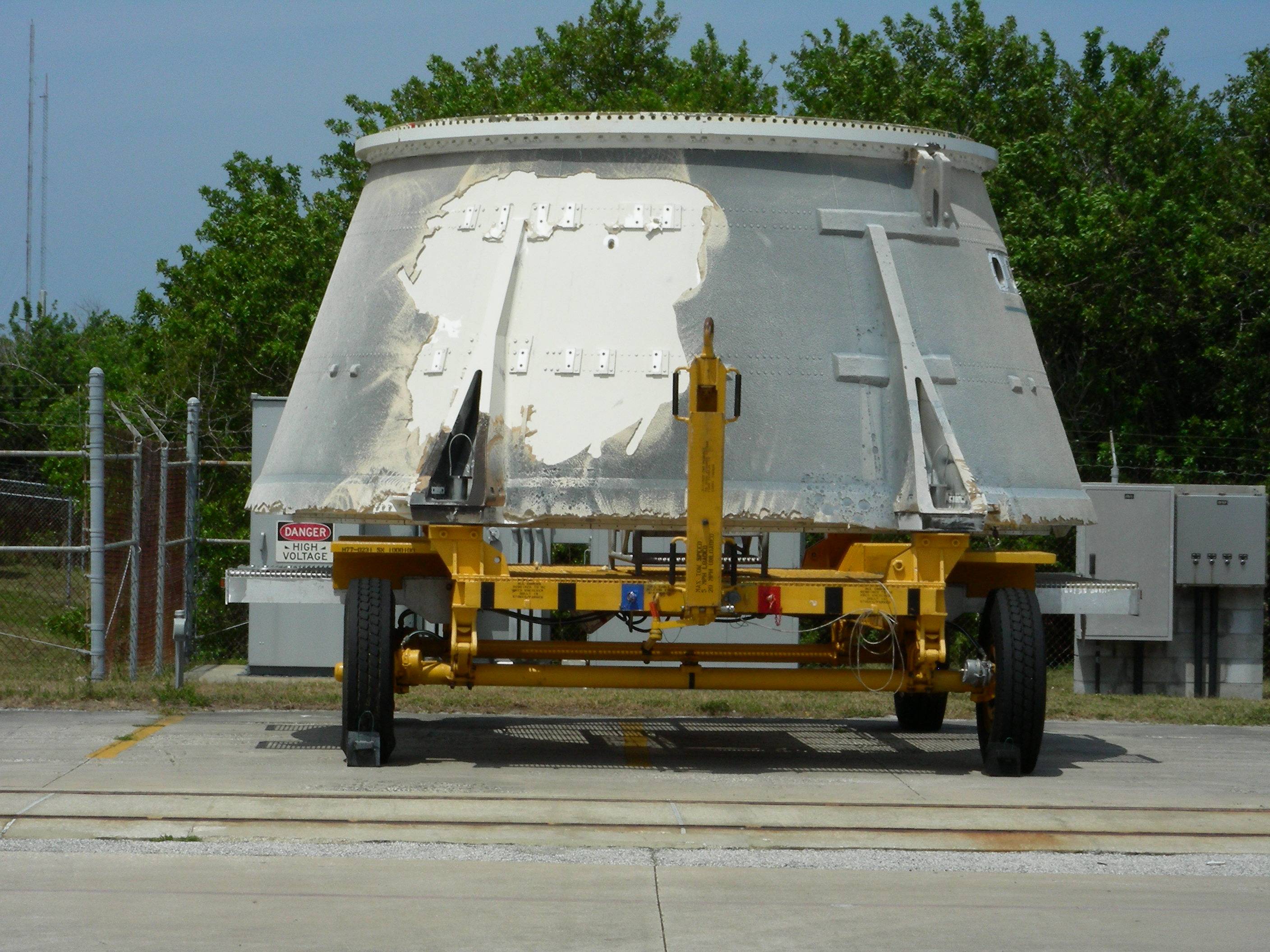 Then the case segments were separated. First the nozzle segment was removed, then the forward skirt, then the other segments. Tooling that used pneumatic jack-screws was used to separate the field joints. The separation process is as follows:

The pins attaching the segments to each other are removed at the start. Separation rings are then lowered into place. Each ring has three joints that help mold the ring around the segment. The air motor is turned on and the drive mechanism on the front ring rotates, causing the four jack screws to turn and press against the pads on the second ring. This forces the front segment to move slightly away from the back segment.

The segments were transferred to railcars for return to Utah for reloading.

There is a detailed writeup available here. All photos in this answer were taken by me, the schematic is from the link.

A comment asked for more detail on how the pins were removed. This presentation page shows that the pins had a fitting in them to allow a tool to be used for insertion and removal. Many schematic drawings show the pins as solid cylinders; this is inaccurate. 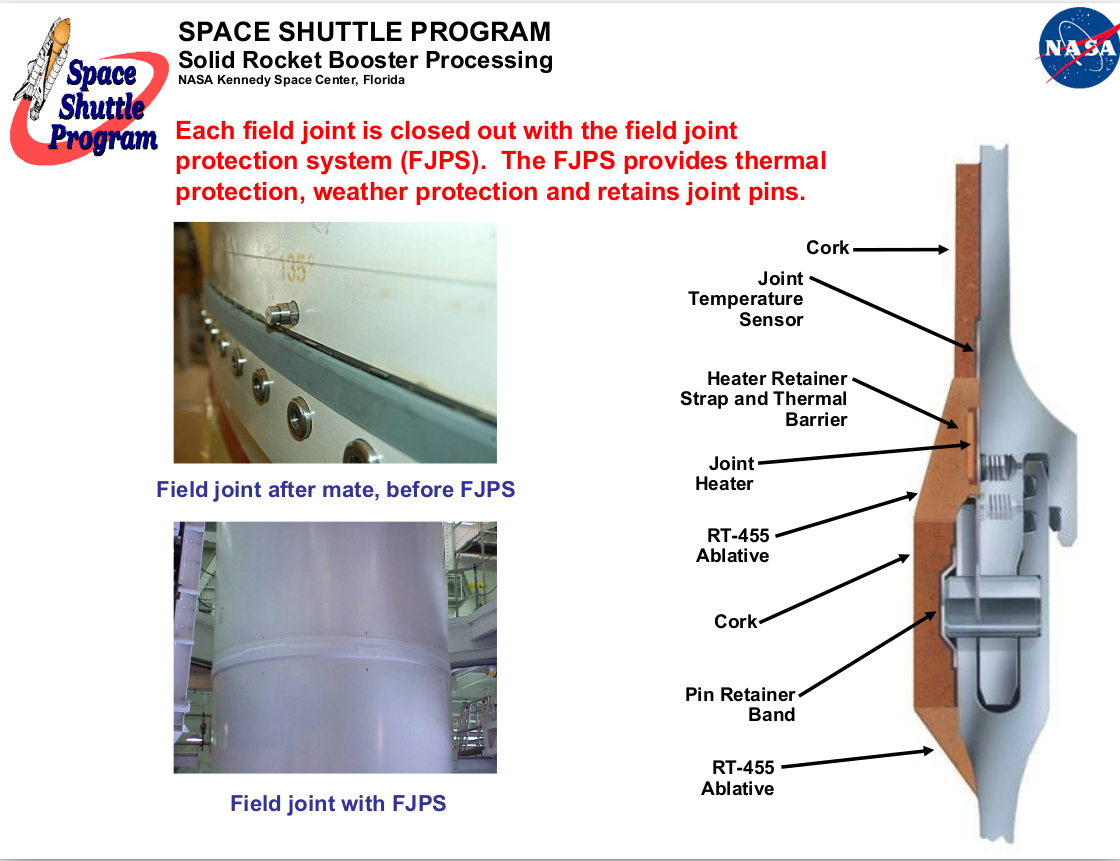 The joint pins remained at KSC and were refurbished by Thiokol personnel.

This document also contains a useful description of postflight processing.

Not the answer you're looking for? Browse other questions tagged space-shuttle reuse srb procedure or ask your own question.

14
How many Solid Rocket Boosters were there in the Space Shuttle program?
49
What would NASA have done if they knew Columbia was catastrophically damaged?
5
Why wasn't the space shuttle fully Liquid fueled?
14
What was the first time a “re-used booster” was used to put a payload into orbit?
4
How are SLS SRBs considered man-rated?
18
How were the Space Shuttle SRBs ignited? (with what?)
5
Did NASA archive the audio recording of STS launches
10
Final results on Space Shuttle SRB reuse goal?
5
How are SRBs and solid rocket motors transported safely? Do they ever end up on trucks driven down public highways?