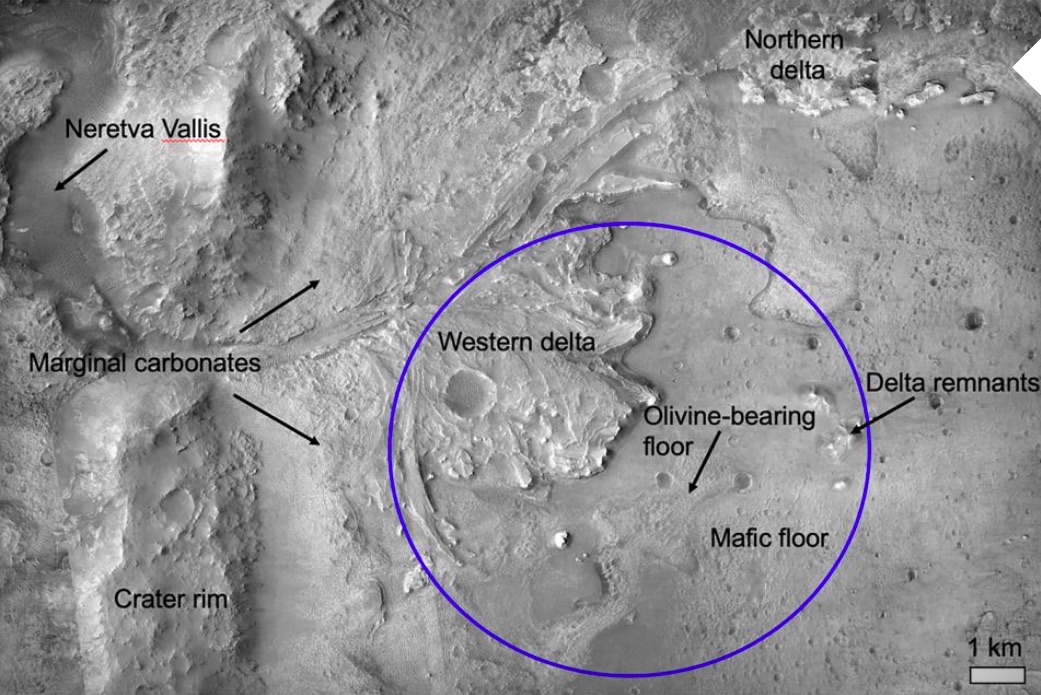 The image above shows the labels "mafic floor" and "olivine-bearing floor" in Jezero crater along with the Western delta and Perseverance's landing ellipse.

Question: What is the difference between the "mafic floor" and "olivine-bearing floor" in Jezero crater? Are they exclusive or overlapping designations? Is there a borderline? In which did Perseverance land? 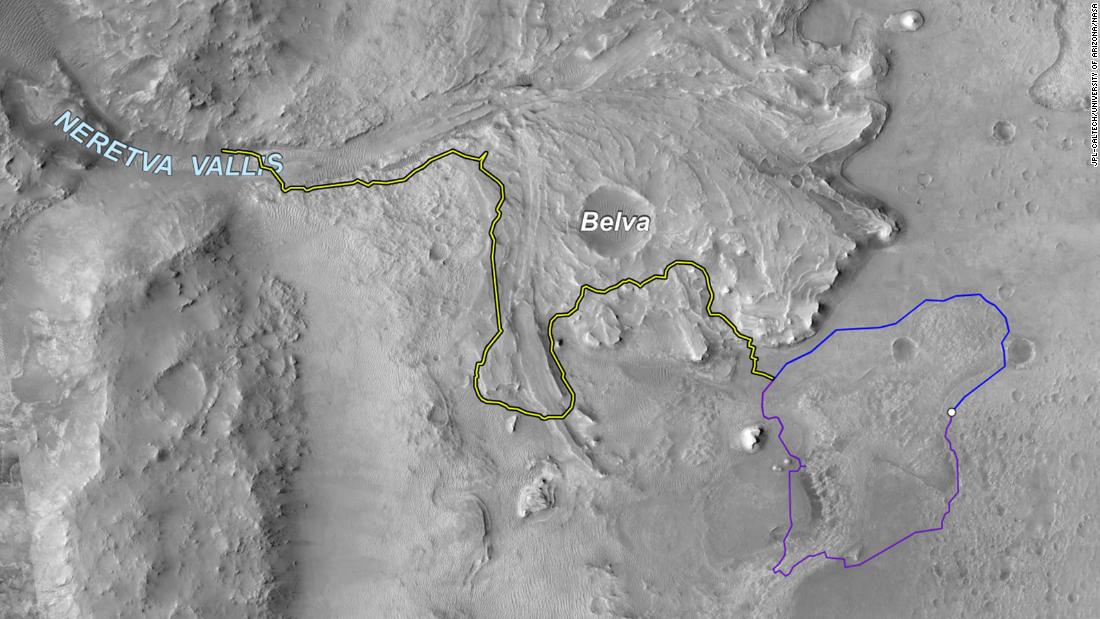 TL, DR: Olivine is a specific type of mafic or ultra-mafic mineral that is specifically identified in some parts of the overall mafic floor of the crater. The olivine is seen in specific areas of which the indicated "olivine-bearing floor" is most prominent.

In mineralogical terms, "mafic" is a more general term than "olivine", the latter being a specific type of mafic mineral. As shown in the diagram below, mafic minerals include predominantly olivine and also pyroxene, the latter having slightly more silica content and thus being slightly less "mafic". 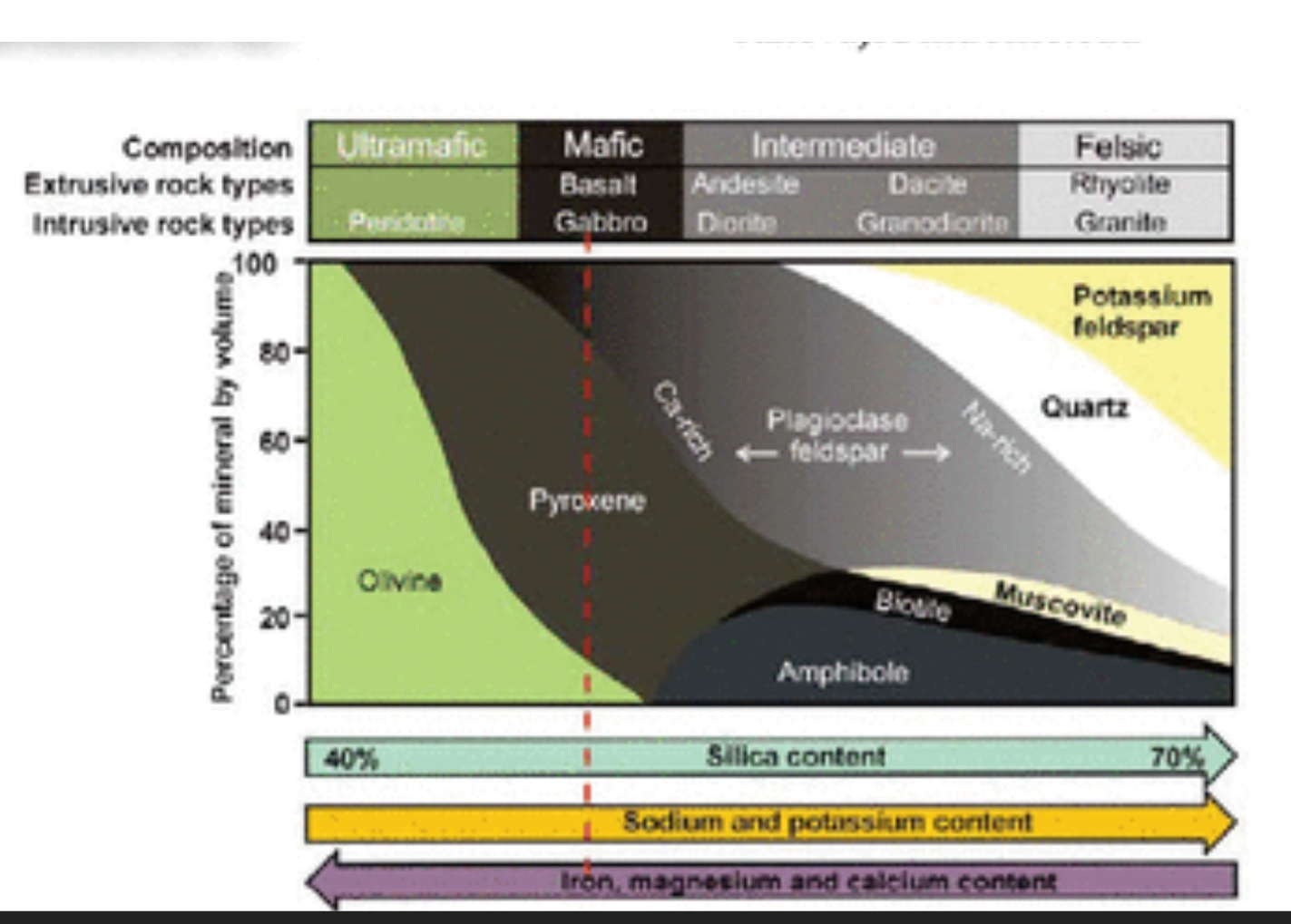 In chemical terms olivines have the formula $\text{(Mg, Fe)}_2\text{SiO}_4$ which represents the lowest possible molar ratio of silica to metal oxide in a silicate because each silicon atom is "saturated" with extra oxygen atoms from the metal oxide component, thus breaking up the silicate network into discrete $\text{SiO}_4^{4-}$ tetrahedra. Pyroxene more closely resembles other silicate minerals in having less metal oxides relative to the silica content, and thus preserving the polymeric silicate networks.

The mineral classification of the various regions of Jezero crater is based data from visible and near-IR spectroscopy of the surface by Horgan et al. [1]. The floor of the crater contains the bulk of observed mafic matter similar to the Gale Crater discussed in this answer. The mafic matter exposed on the surface consists of a mosaic of olivine and pyroxenes (compare with the chart above), with a prominent olivine (red) region near the western edge where the olivine-bearing floor is identified. 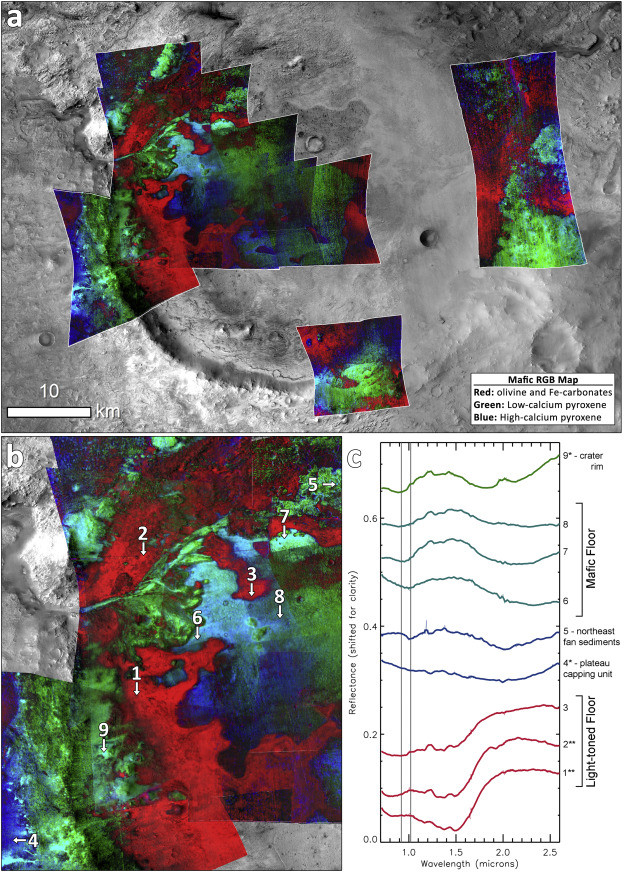 Not the answer you're looking for? Browse other questions tagged mars planetary-science perseverance geology landing-site or ask your own question.

10
What likely is the chemical composition of the thin piece of material on the surface of Mars on the image below?
0
Why Perseverance's landing ellipse straddled the cliffs in the river delta; why so ambivalent about the two different geologies?

11
Features on border of a crater & ravine on Mars
9
Why is the northeastern region of Syrtis Major Planum a selected landing site for the Mars 2020 mission?
7
Where on Mars are the possible other collapse features with very high depth/diameter ratio?
1
Does the polygonal pattern on the floor of this “crater” on Mars mean that there's water ice below its surface?
7
Perseverance Rover to drive carefully for months while helicopter hangs from underside?
3
How was Jezero crater selected?
4
How far will Curiosty be removed from Perseverance?
6
How tall are the “cliffs of the delta” in the Perseverance rover's landing ellipse?
7
Why does the Perseverance landing site have three close bright dots in a line, with a perpendicular dark streak?