When were Shuttle crew absolutely required to have their seat belts fastened and their tray tables in their full upright position?

Rhea Seddon describes in her bio standing and walking around in the shuttle middeck in the early part of entry when g's were low. "...I had this funny sensation of being extra light, as if on the surface of the moon." This was an early flight when pressure suits were not worn for entry. She did "giant ballet leaps" Go for Orbit pp. 273-274

When I think of a spacecraft's entry, descent and landing I think of something happening fairly quickly and decisively; once that deorbit kick happens, a half orbit later you're going to enter the thicker part of the atmosphere and as soon as you lose speed you will start to descend into the exponentially thickening atmosphere which will slow you down faster, which will increase your rate of descent, which will...

Once Shuttle reentry begins, I am imagining without knowledge that there's only about 30 seconds between the first real perception of any departure from microgravity to the time when the acceleration felt by astronauts passes 1 gee and starts squishing them into whatever safe space they've managed to place themselves ahead of time.

So I'm also imagining without knowledge that they'd be all buckled up in their seats with their tray tables are in their full upright position five minutes ahead of time, at least according to safety procedures, so that if there are any hitches (e.g. tray table is stuck, seat belt won't click) there are a few minutes to deal with it.

Question: During reentry, when were Shuttle crew absolutely required to have their seat belts fastened and their tray tables in their full upright position, i.e. not dancing around in the middeck doing cartwheels and whatnot?

If the rules evolved from the "early flights" mentioned in the quote to later flights, that would be good to know too.

Procedural Details and The Lack Thereof

To explain the shuttle entry procedures and their time references, some background information must be covered. 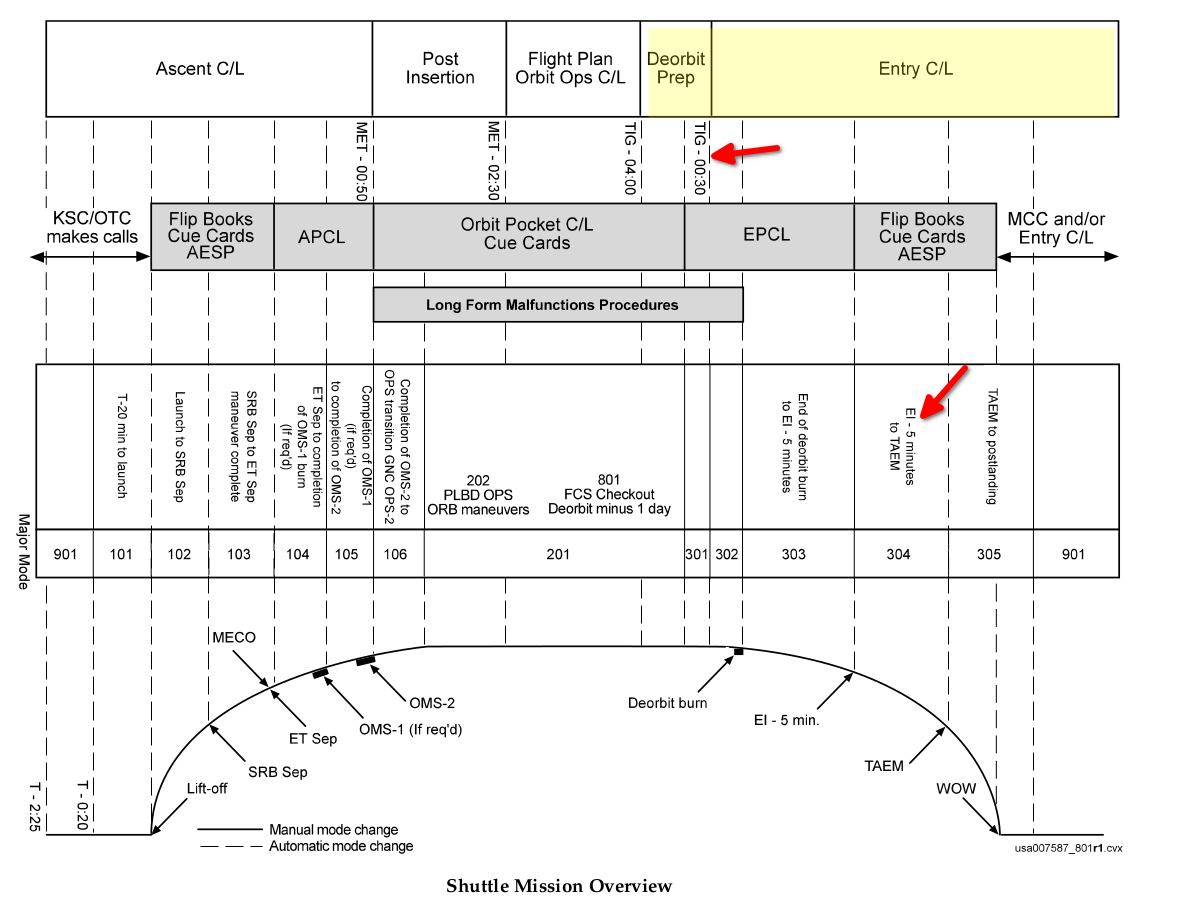 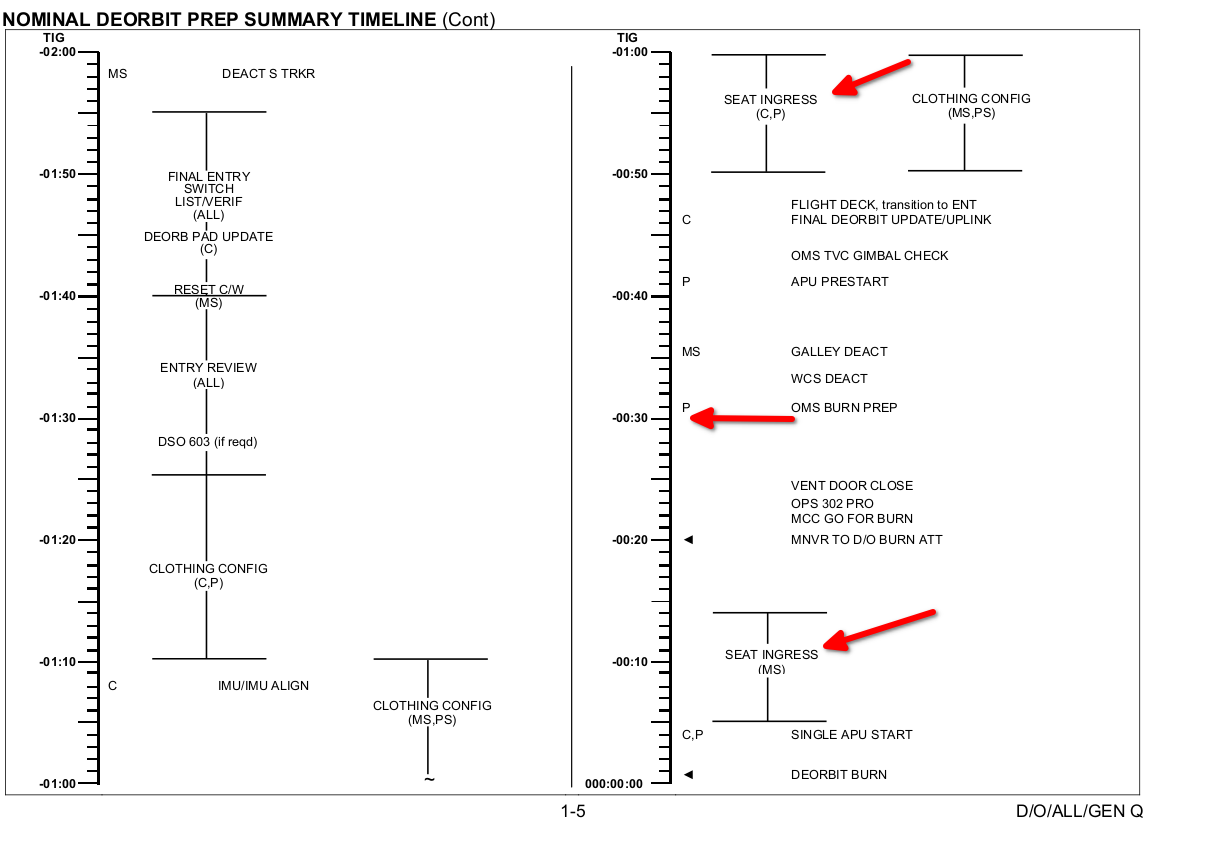 However, only the flight deck crewmember seat ingresses are ever specifically called out in the checklists.

In practice, shuttle mission commanders had a great deal of leeway in how to organize the "housekeeping" portions of their misson. While the "systems" milestones were tightly structured and monitored by the ground (when devices were turned on and off, when data was entered into the onboard computers, etc); activities such as donning or doffing of suits, stowing and deploying crew seats, ingressing and egressing those seats, etc; could be arranged by the commander to fit their preferences and the needs of their particular mission.

Here is an example of a such a customized deorbit prep timeline from a mission that I supported. I have removed names and mission designations and highlighted areas pertinent to this question.

Note that this particular commander suited up and and ingressed their seat prior to the start of the deorbit prep timeline, hours before the checklist called for it. 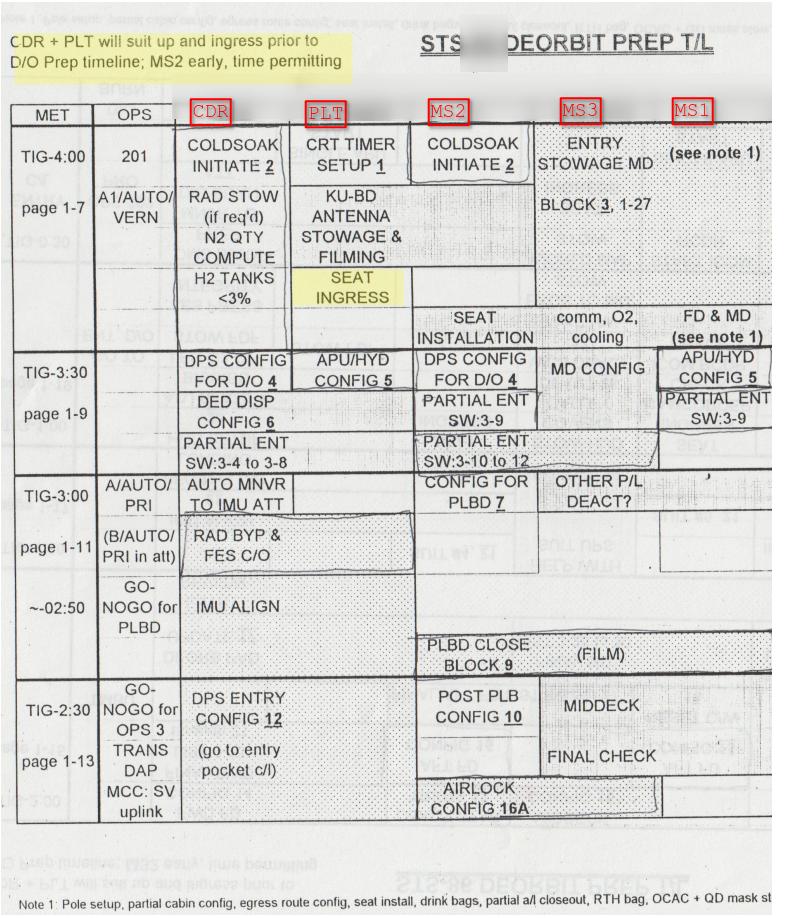 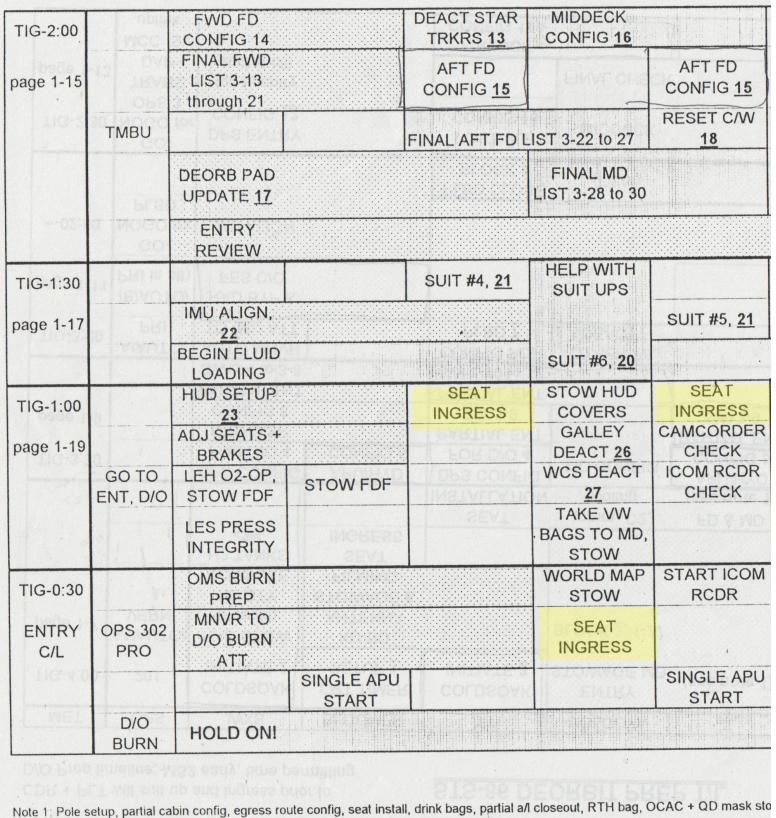 Bottom line, the mission commander determined when the middeck mission specialists must strap in.

The Acceleration Environment of the Orbiter During Entry

After the deorbit burn was executed, there was an approximate 30 minute period of free-fall until EI. After EI, the acceleration built up at a moderate rate, taking ~15 minutes to reach 1 g, and peaking at only about 1.6 gs. 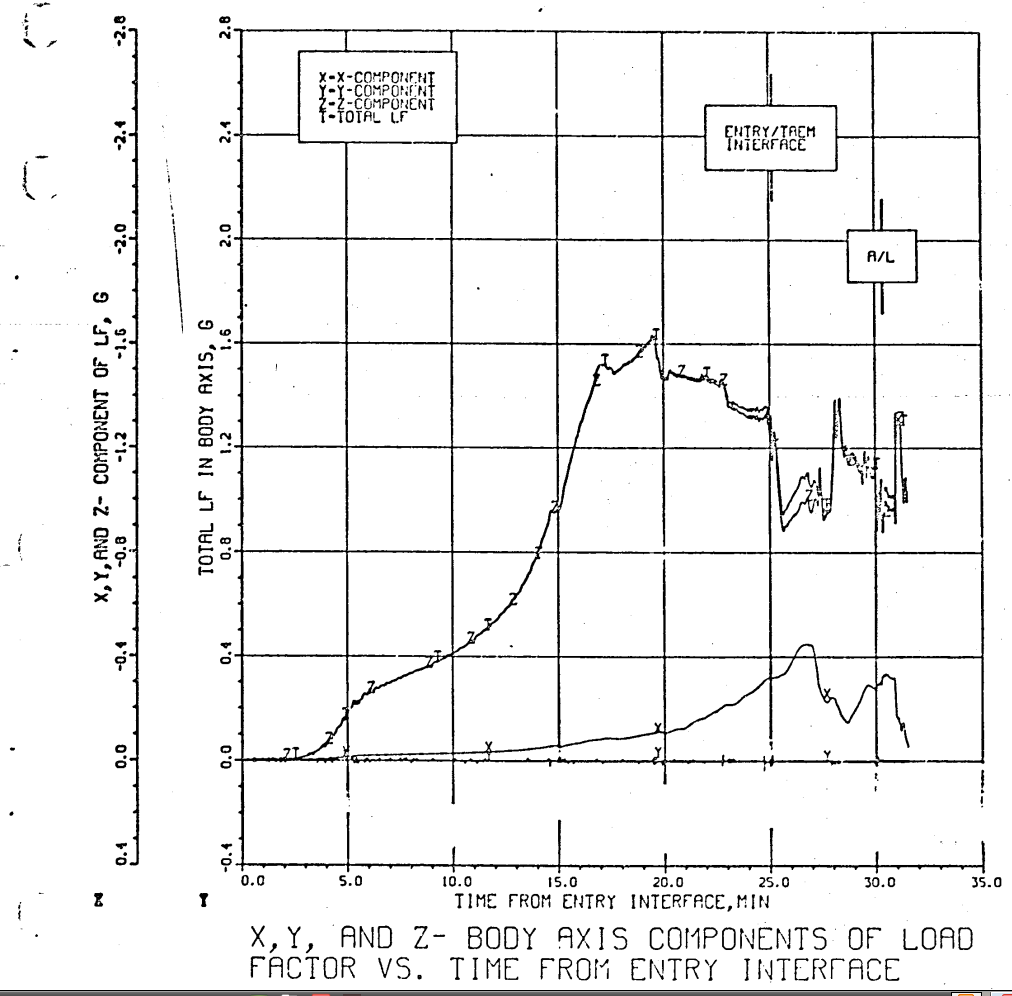 The Absence of Tray Tables

The seats utilized by mission specialists in the orbiter were foldable for stowage. This was done after ascent to make room in the cabin. They were not equipped with tray tables, but did incorporate five-point safety harnesses. 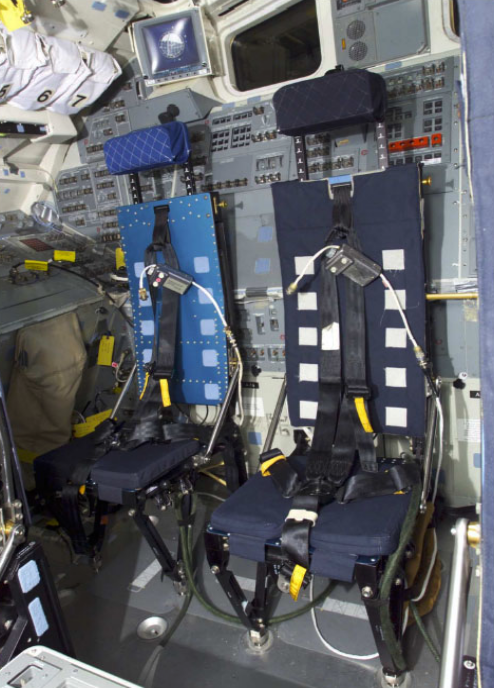 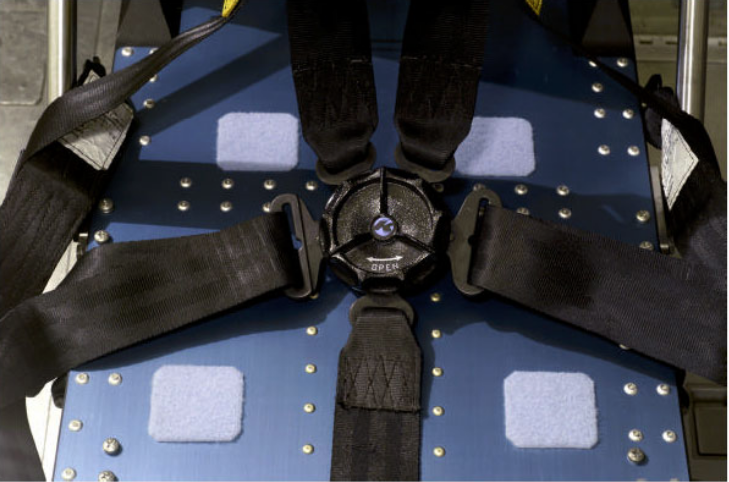 24
Launch Accelerations: Values, history
28
How much longer did Columbia need to survive?
7
Limit to reduction of G-forces during reentry?
8
What does the Moon's gravity feel like? If you don't move, could you still tell you're on the Moon?
4
Which crewed spacecraft provides the gentlest ascent?