Why SpaceX want to land the rocket on the ground? 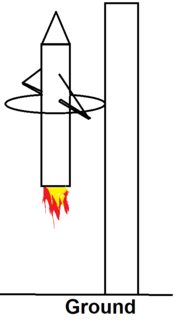 Won't it be easier and save a lot of money to just catch it or land it in a basket?

So rocket coming down can open arm longer than the diameter of the high basket where it goes down through, and gets stoped by the arms resting on the basket, then the engine can be safely turned off.

Why don't they just do that?

Landing it on the ground and trying to make it stand proven very difficult and cost them a lot of money.

They plan to do something very similar with the SuperHeavy - a booster; catch it using two movable arms on the launch tower, hanging it by the grid fins.

The Spaceship is meant to be capable of landing on the Moon and on Mars. In the classic chicken-and-egg problem style, there are no means to deliver or build such heavyweight landing infrastructure there without establishing a decent base first - and what else can be used to establish it, than the Starship?

Since it must be able to land "in the rough" there, if it's unable to do the same on Earth, it just falls short of its fundamental requirements. Using fancy ground infrastructure to assure it can land on Earth won't resolve the fundamental problem of it being able to land on Mars, and once it has the capacity to land on Mars, it will land on Earth without the fancy tower just fine.

Won’t it be easier and save a lot of money to just catch it or land it in a basket?

Scaling size, volume and mass can make huge differences to engineering calculations. Consider how easy and cheap it would be to catch a toy plastic rocket thrown towards a large net. No real problem. Now consider catching a grand piano thrown off the top of a sky scrapper. It should be possible, but it’s not going to be that easy or cheap, huge net huge supports etc and plenty of calculations.

Now imagine something more than two orders of magnitude bigger than that, that’s taller than Sydney harbor bridge and weighs in at 100+ tonnes. Easy and cheap are no longer appropriate words.

But might it be easier and or cheaper than the alternatives? It might be. But the only way to find out is to do a detailed engineering assessment. The answer that was obvious at small scale is no longer obvious at large scale.

There are many complicating factors for example:

• How safe is it compared to the alternatives? What would the FAA say and what is the risk to the SpaceX launch pad / infrastructure? (Consider the piano in the above example what would the police department and skyscraper owner have to say and how would that complicate the matter?).

• Every second the rocket engine is burning it eats hundreds of kg of propellants. How quickly can that rocket engine be turned off compared to alternative means of landing? And that is no easy calculation.

• The rocket being caught is also easily damaged being made of steel that’s only a few mm thick, how accurately can it be landed? How thick must the supports be? What mass of reinforcement is required in the area that takes the strain?

• The rocket is also landing over a huge plume of fiery rocket exhaust. How fire resistant is the catching device?

Part of the reason why it has proven so difficult to land Starship is that they need to turn the rocket from horizontal to vertical very quickly. They would still need to do that even if they were to catch it in a basket.

In summary landing in a basket will also be very difficult and cost them a lot of money. They have certainly considered it and it might even be a good idea in some circumstances (perhaps For tankers and low Earth orbit cargo Starships), but the calculations are not simple or clear cut.

The Super Heavy launch process will still involve use of its engines to control the velocity of its descent, but it will involve using the grid fins that are included on its main body to help control its orientation during flight to “catch” the booster — essentially hooking it using the launch tower arm before it touches the ground at all. The main benefit of this method, which will obviously involve a lot of precision maneuvering, is that it means SpaceX can save both cost and weight by omitting landing legs from the Super Heavy design altogether.

Another potential benefit raised by Musk is that it could allow SpaceX to essentially recycle the Super Heavy booster immediately back on the launch mount it returns to — possibly enabling it to be ready to fly again with a new payload and upper stage (consisting of Starship, the other spacecraft SpaceX is currently developing and testing) in “under an hour.”

Notably, Super Heavy BN1 isn’t fully representative of the boosters that will support Starship’s first orbital launch attempts. For unknown reasons, SpaceX appears to have forgone the installation of any kind of landing legs on the first pathfinder and prototype. CEO Elon Musk has expressed a desire to avoid the need for legs entirely by catching Super Heavy boosters (and possibly even Starships) with a tower outfitted with giant arms, but it’s virtually impossible to imagine that such a wholly unproven recovery mechanism will be ready for full-scale testing – let alone operational use – later this year.

We’re going to try to catch the Super Heavy Booster with the launch tower arm, using the grid fins to take the load.

While any Musk tweet must be taken with some degree of skepticism, even those tweets that don't include references to 420, this references both a kind of small target (the tower arm) which is distinct and very different from catching it in a net, and identifies the things sticking out of the sides of the rocket (grid fins) which must be strong enough for the rocket to hang on, both as shown in the OP's drawing.

Not the answer you're looking for? Browse other questions tagged spacex design-alternative spacex-starship or ask your own question.

27
Why have SpaceX skipped the SpaceX Starship SN12, SN13, and SN14?
18
SpaceX first stage landing: Why not use an elevated net above the landing platform to catch the rocket?