Does Tianwen-1 mission have a skycrane camera and parachute camera like Mars 2020?

Does the Tianwen-1 lander/rover mission have a skycrane and parachute camera like Mars 2020? 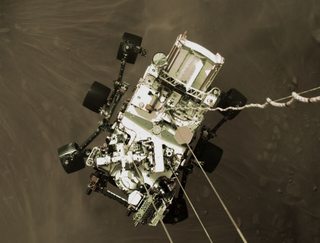 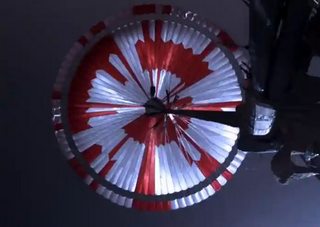 In wikipedia, I didn't find any reference to a skycrane.

Does Tianwen-1 mission have a skycrane and parachute camera like Mars 2020?

My reference is this video: 3D animation: how will Tianwen-1 carry out China's first Mars exploration mission? from a Chinese news outlet.

To me, it looks like it will use a similar approach compared to InSight/Phoenix/Viking with the rover mounted on the top. It will then deploy a ramp for the rover to roll down.

Discussion of tests in 2019 can be found in What is the purpose and necessity of this giant structure being used in tests of China's Mars lander? 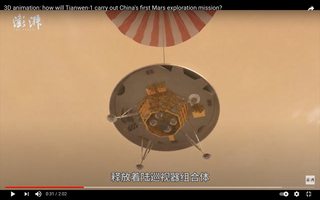 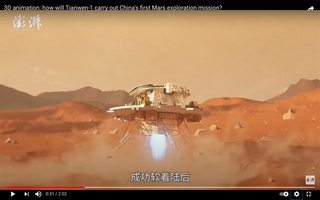 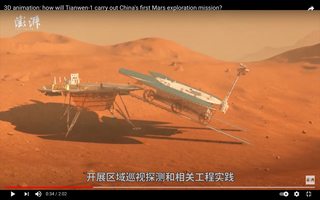 The Wikipedia article on the Tianwen-1 mission describes the landing sequence quite well:

It is projected to make an atmospheric entry followed by a descent phase under parachute, after which the lander will use its propulsion to land smoothly on Mars. If all goes according to plan, the lander will then deploy the rover designed to explore the surface for 90 sols.

So, at least according to Wikipedia, there is a lander, which will land propulsively on Mars and then deploy the rover. No skycrane.

This sounds like it is a simple standard landing maneuver like everybody has been doing for rovers since the beginning of spaceflight.

The airbag landing system for Sojourner, Spirit, and Opportunity, and the skycrane system for Curiosity and Perseverance are really the odd man out here. Typically, rovers are landed with a lander that lands propulsively, then they drive off the lander platform using some sort of ramp.

Even Sojourner, Spirit, and Opportunity had a lander with a platform that they drove off of, but those landers didn't land propulsively, they were dropped from about 10m, protected by airbags.

Not the answer you're looking for? Browse other questions tagged tianwen-1 or ask your own question.

4
What is the purpose and necessity of this giant structure being used in tests of China's Mars lander?
2
How did Chang'e-4 hover, rotate, and then descend so gracefully? (Video)

3
Will the Emirate Mars Mission, Tianwen-1 and Mars 2020 Mission get closer to each other or spread out on their way to Mars?
5
Could Tianwen-1, Hope, or Mars 2020 image one another en route to Mars?
2
For the three spacecraft now on their way to Mars plus ExoMars, how many have any solar power capability during transit?
6
Does Tianwen-1 have a near-repeat ground track orbit in order to scan the same general area on each of its low altitude passes?
3
Can you estimate the diameter of the marked small craters of Mars in the firsts HiRes pictures released by China?
7
Why (the heck) did Tianwan-1 insert into a low inclination orbit then execute a plane change from 11.8 to 86.9 degrees?
2
Why is it so cold in the nighttime (-130 C at 25.1 degree North) at the location where the Chinese rover landed on Mars?
4
What's the exact location (lat/lon) of Zhurong?
15
Cartoon-like characters on the side of the Tianwen-1 Mars lander?