Would Ingenuity's cameras be capable to spot and/or make close-ups of possible biosignatures?

Mars Helicopter Technology Demonstrator mentions on page 13/14 the sensors that Ingenuity carries, among them two cameras:

Both cameras are mounted on the helicopter Lower Sensor Assembly as shown below in Fig. 11. The NAV camera is pointed directly towards nadir, and the RTE camera is pointed approximately 22 deg below the horizon,...

Fig. 11 shows that the cameras are on the lowest part of the fuselage and the INGENUITY landing press kit mentions the helicopter has about 13 cm of clearance above the ground.

Can it be demonstrated that at least the 13 Megapixel colour camera, 13 cm above the ground and pointing 22 deg below the horizon, could take (more or less) detailed images of possible biosignatures ?

Wikipedia about the Mars 2020 mission:

The mission will seek signs of habitable conditions on Mars in the ancient past, and will also search for evidence - or biosignatures - of past microbial life, and water.

From the abstract of The mineral diversity of Jezero crater: Evidence for possible lacustrine carbonates on Mars we can deduce that a distinct unit along the inner margin of the crater is identified with strong carbonate signatures. It's been proposed that these "Marginal Carbonates" could be lacustrine in origin and could preserve macro- and microscopic biosignatures in microbialite rocks like stromatolites.

It's very likely that many of possible biosignatures along the margin of the crater will not be easy accessible by the rover so it would be beneficial if the helicopter could do some preinvestigation by taking more or less detailed images.

Of course it depends on which biosignatures you are looking for. Microorganisms? Mammalians? Dinosaurs? Humans?

Currently your generic question can only have one generic answer: yes, if big enough. 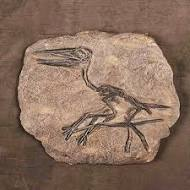 No. Ingenuity's purpose is just to demonstrate that we can fly on Mars, as has been stated many times throught NASA and ULA webcasts of the launch and landing. Perserverance is the only one that will be searching for life. It would make no sense for NASA to a camera that could search for microbial life when it would never use a camera on Ingenuity for that purpose.

Not the answer you're looking for? Browse other questions tagged mars perseverance astrobiology sensors ingenuity or ask your own question.

10
Is there really a frozen lake near the equator on Mars?
6
What is the exposure time of the navigation camera on Ingenuity?
7
At the end of the test campaign, could Ingenuity be programmed to fly fully autonomously to the planned sample cache depot location?
2
Could Ingenuity use the shadow of its legs for navigation to fly autonomously to the sample cache depot location?
4
What would be the trajectory and initial speed of a chunk launched from Phobos to get as close as possible to any pole of Mars?
8
Why is there a black donut in Perseverance's SkyCam? Is it always used to block the Sun? (sky cameras on Earth don't) How does it work?