What is this line, what is it called, what is the reason behind it?

I used to read the updates but now I am diving deeper to learn new things.

SpaceX is fascinating and I really like everything about it.

But I have question, I don't know if it's stupid but sorry if it is.

What do these images indicate? Is it the trajectory, and why is it like that? Is this just a representation or do they really form due to the launch? Also let me know any extra piece of information you have about this. 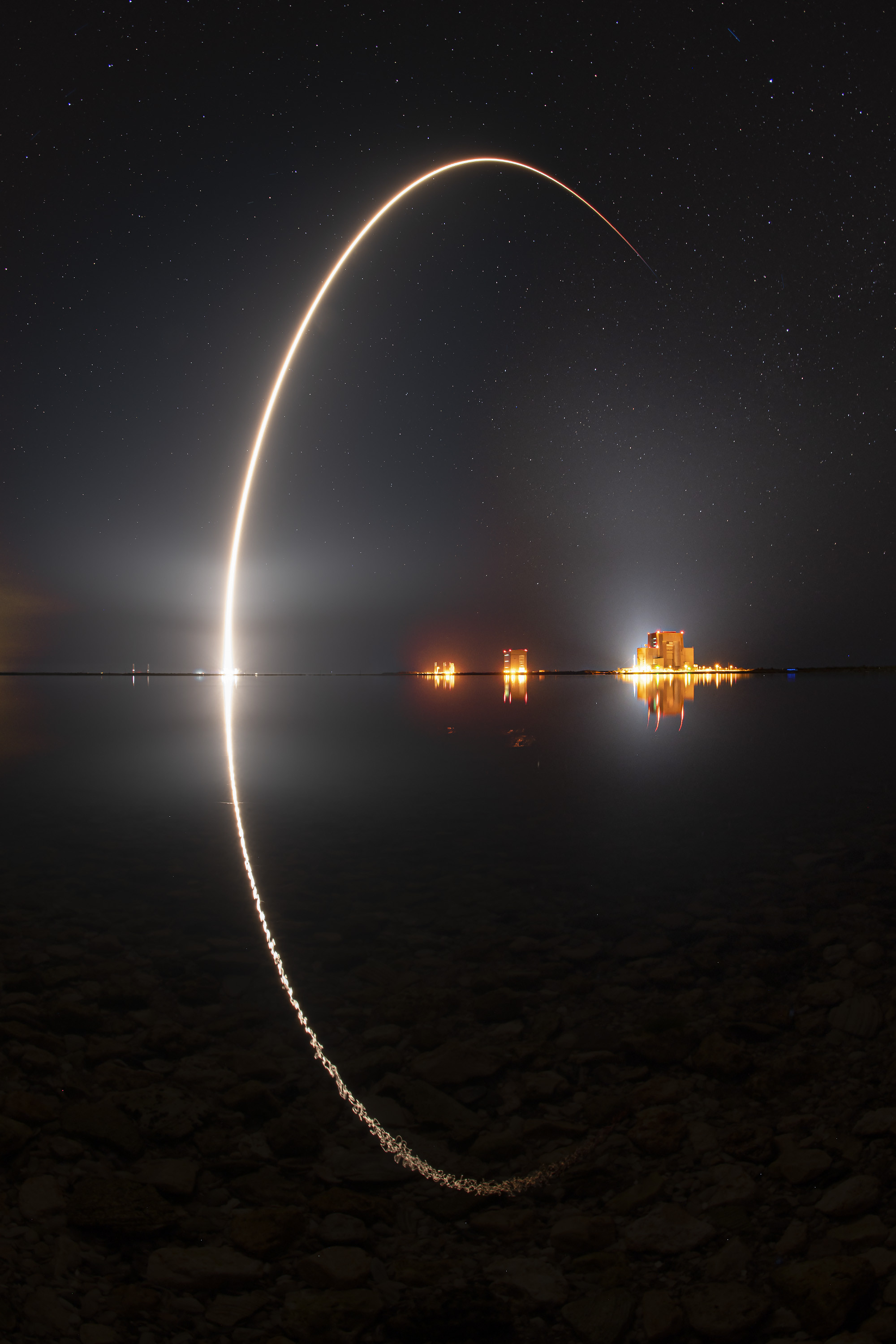 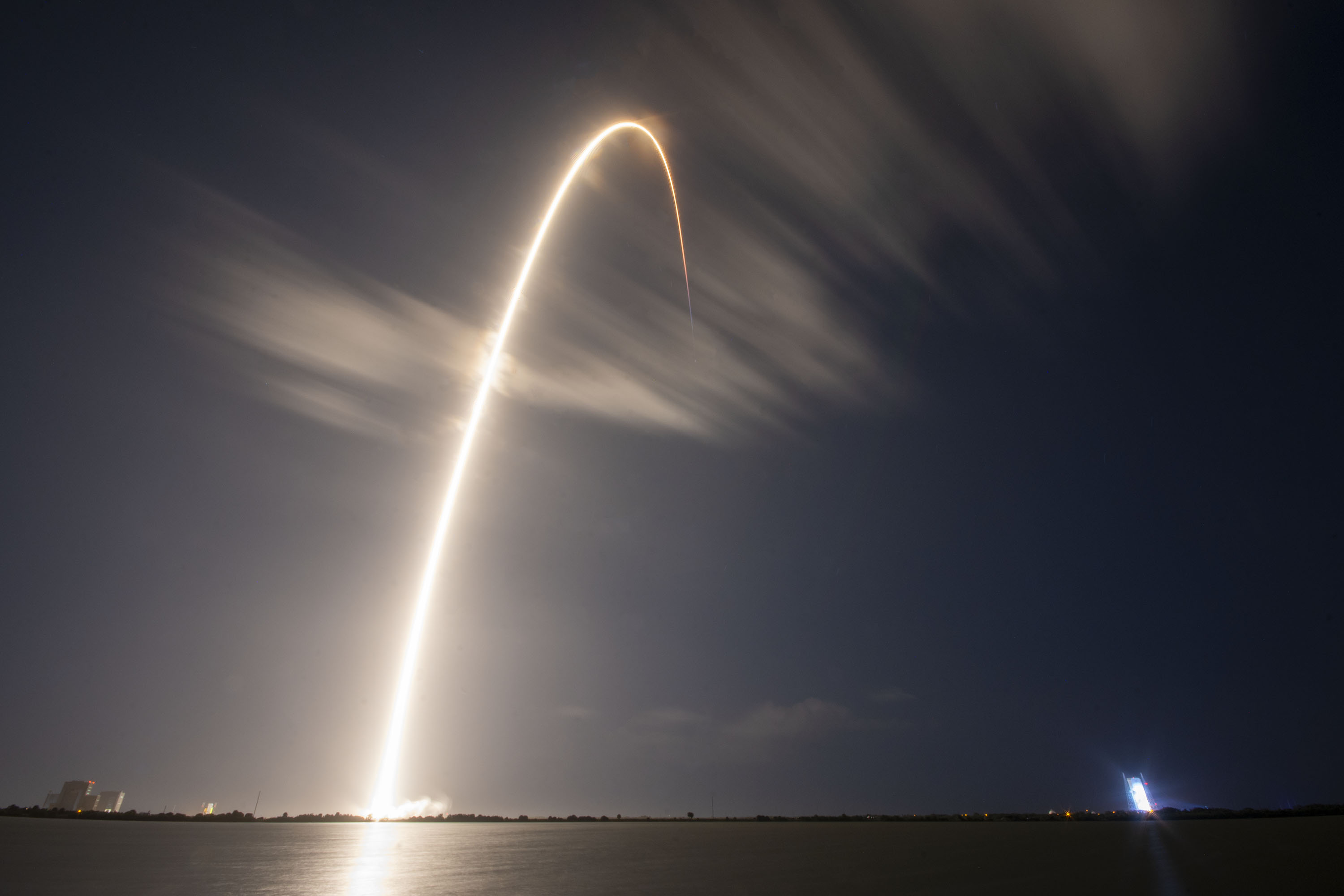 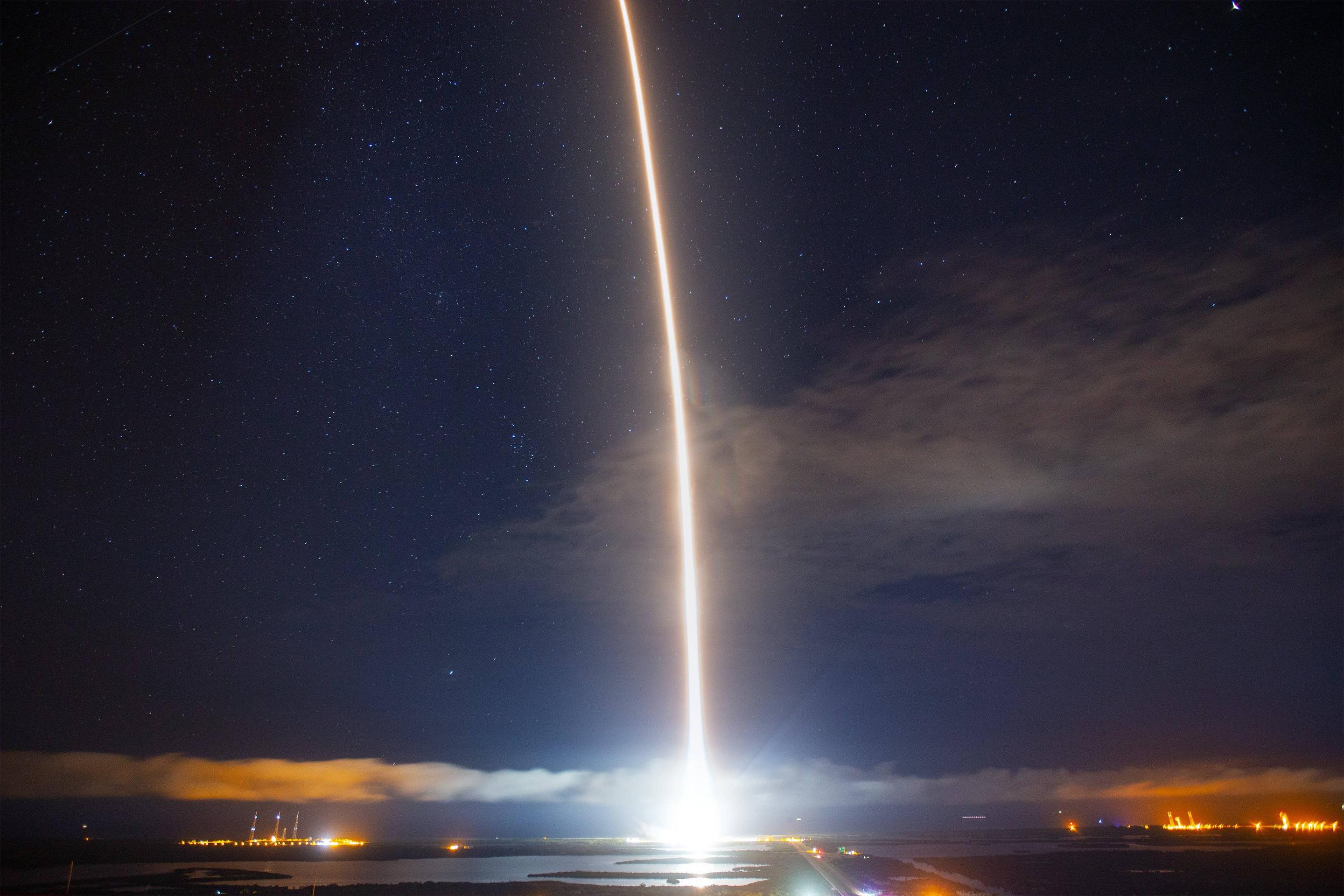 As already indicated this is a time lapse exposure of a night time launch highlighting the trajectory of the rocket. A human observer would see a point of light following this trajectory.

The trajectory looks like this due to the multiple factors that affect a rocket leaving the Earth for orbit and how they are balanced.

The trajectory seen in the photos is a compromise between these three factors. The rocket starts by heading directly up to escape the deeper layers of the atmosphere, but shortly after launch it slowly starts to incline over towards being parallel to Earths surface so that it can start building up orbital velocity.

The higher it goes the less air resistance there is and the more it can afford to lean. Eventually the rocket is travelling at an steep angle that provides maximum horizontal velocity increase, whilst still providing sufficient vertical component to counteract gravity.

So straight up to start with counteracting forces 2 and 3 then increasingly inclined balancing forces 1 and 3, hence the curved appearance of the trajectory.

The light in the exposure also dims towards the top as at this point the rocket is rapidly getting further from the launch site and is dimming due to distance. The lower part of the curve in the first photo is obviously a reflection in water.

These are Long-exposure photography. Slow the shutter speed and record the entire rocket launch in one shot. It is common method to record "streaks" of moving bright objects like vehicles on road, star and rockets.

Not the answer you're looking for? Browse other questions tagged spacex rockets falcon-9 falcon-heavy or ask your own question.

1
How can Flightclub.io Camera Tools be used to simulate launch photography geometry?

13
What are the differences between the Falcon 9 (1.0) and the Falcon 9 (1.1 or F9R)?
8
Is there a maximum Isp for “exothermic chemical reaction rockets”?
3
What's behind the design of SpaceX grid fins?
14
What is this object on the Falcon Heavy payload stream?
5
Why doesn't carbon fiber overwrapping in LOX catch fire? (watch this video first)
15
Why do we need dedicated launch vehicles for small satellites?
14
Are SpaceX new space suits inferior to existing ones in terms of usability?