Did the MarCo cubesats photograph each other or the Centaur stage from which they were deployed?

The screenshot below is an artists rendering of two MarCo cubesats and a Centaur upper stage moving together in space. I'm wondering if either of the MarCos photographed the other or the upper stage at any time during the mission.

If so, could one find such a photo and show it in an answer? Note, it would then also be an answer to Looking for photos of spacecraft/probes while not in orbit around a planet

Posts on these pages show nice photos by MarCo's but they don't contain another spacecraft.

Related: How can the two MarCO cubesats remain reliably close to InSight during their six month trip to Mars? 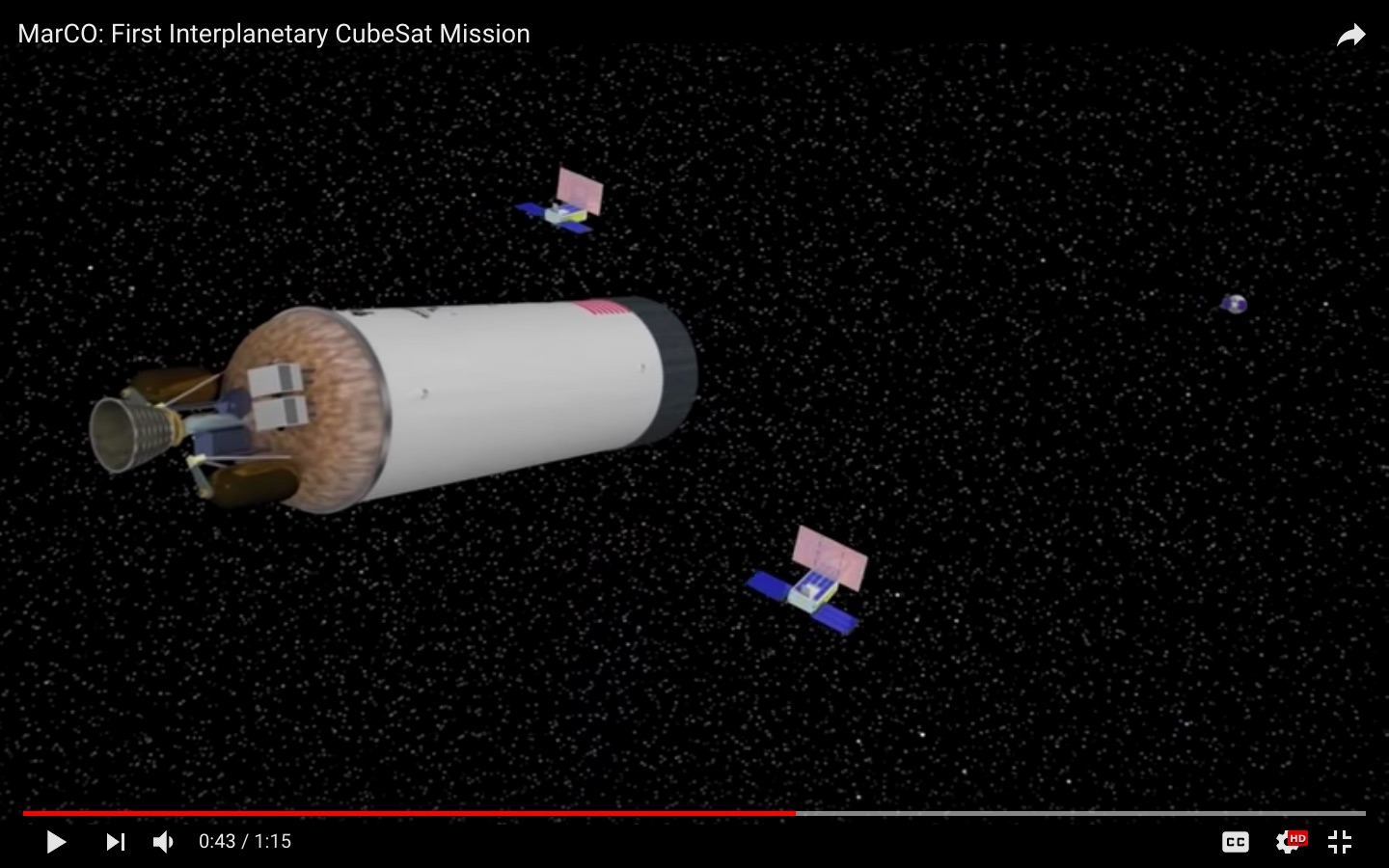 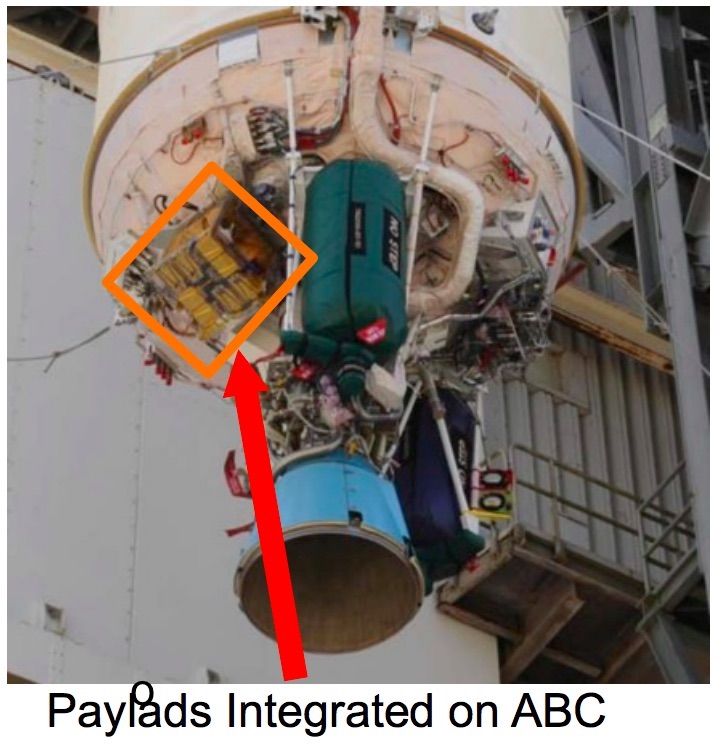 Cool question! I did some research and came to the conclusion that the CubeSats only photographed two objects, Mars and Earth/Moon: 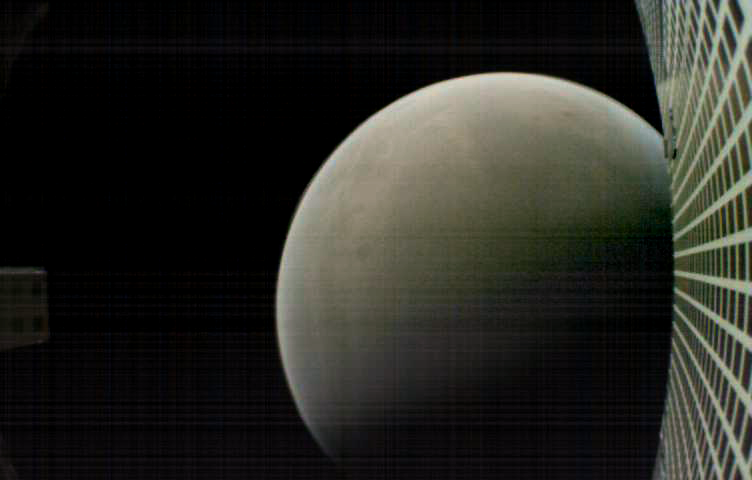 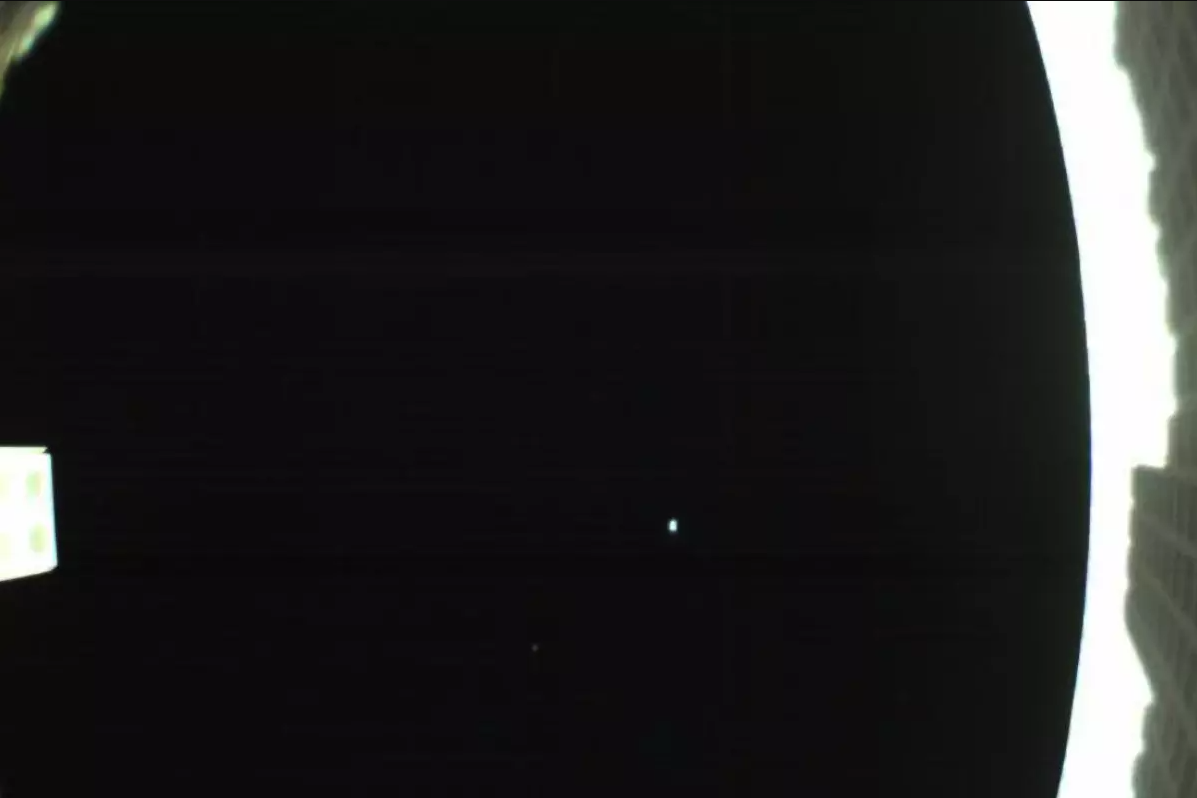 Then I found this article by NASA: https://www.jpl.nasa.gov/news/press_kits/insight/launch/appendix/mars-cube-one/

I the unlikely event the Link goes down, here is a quote out of it:

If all goes according to plan, within about 10 minutes after separation from the Centaur, each MarCO will begin to deploy its solar panels. Each MarCO generates electric power with a pair of photovoltaic panels, and each panel has an area of about 12 inches by 12 inches (30 centimeters by 30 centimeters). Combined, these panels can provide each spacecraft about 35 watts when near Earth and 17 watts when near Mars. The power system also will use rechargeable lithium-ion battery cells, crucial for operations when spacecraft orientation for communication prevents the solar arrays from facing the Sun. After the solar arrays are deployed, the MarCO control team will acquire radio contact with each CubeSat, one at a time, via NASA's Deep Space Network. Early tasks will be to establish that the spacecraft are healthy, stable and commandable. During the flight to Mars, the MarCO twins will each attempt to deploy a high-gain X-band antenna that is a flat "reflectarray" panel engineered to direct radio waves the way a parabolic dish antenna does. This will allow MarCO to transmit data to Earth from as far away as Mars without needing much power, if the spacecraft works as planned. Two smaller X-band antennas on each spacecraft -- one low-gain and one medium-gain -- work without needing to be deployed. These will serve for transmissions earlier in the flight and will also receive radioed commands from Earth.

You might know, thing in space are slow. And shortly after Separation, Centaur already performed it's blowdown maneuver, where it changes its trajectory to avoid collisions: 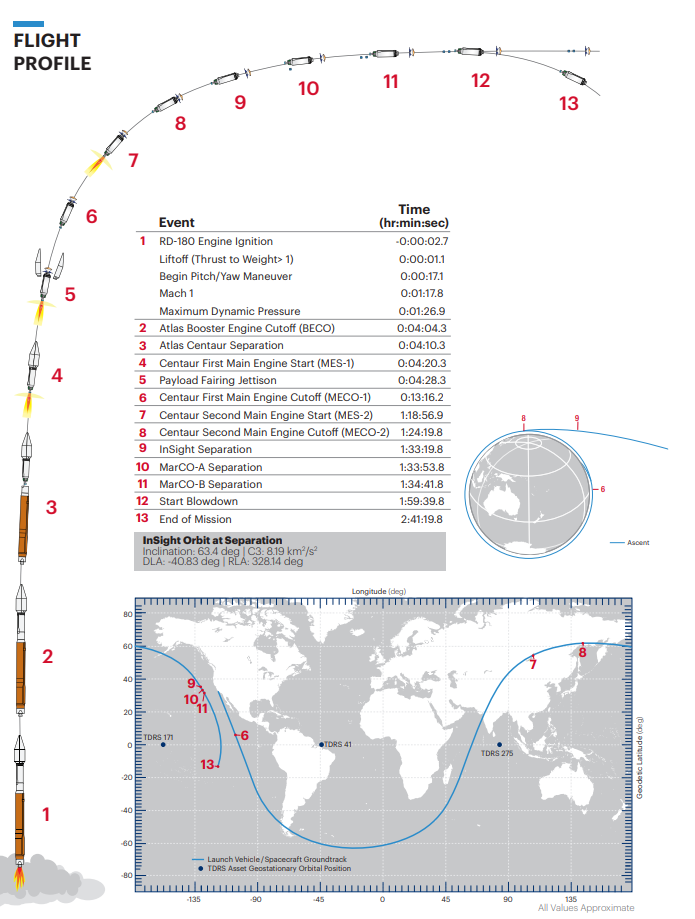 4
Where is the camera on the MarCo cubesat that took this "pale blue dot" type of photo of the Earth and the Moon?
5
How can the two MarCO cubesats remain reliably close to InSight during their six month trip to Mars?
4
MarCo, Polo? Any further news, or images, or transmissions from the MarCo deep space cubesats?
2
Looking for photos of spacecraft/probes while not in orbit around a planet

5
How can the two MarCO cubesats remain reliably close to InSight during their six month trip to Mars?
3
Are the cubesats deployed from the ISS always directed "nadir and retrograde"?
4
MarCo, Polo? Any further news, or images, or transmissions from the MarCo deep space cubesats?
1
Should there be black crosses from the Réseau plate in this Apollo mission photograph? If so, where are they?
4
What will (or did) end of mission look like for the MarCo cubesats?
1
Did anybody on the ISS photograph this partial eclipse? How long did it last? How did they safely photograph it?