Mars does not have a global magnetic field which guides charged particles entering the atmosphere. Mars has multiple umbrella-shaped magnetic fields mainly in the Southern Hemisphere, which are remnants of a global field that decayed billions of years ago.

Suppose we landed a rover in a region with a 15-20 nT magnetic field. Would a rover be able to reliably navigate (i.e. know which way is "north") using these local magnetic fields? Or is there some issue that would make such navigation unreliable?

(We can assume that the rover won't travel far enough to leave the local magnetic field.) 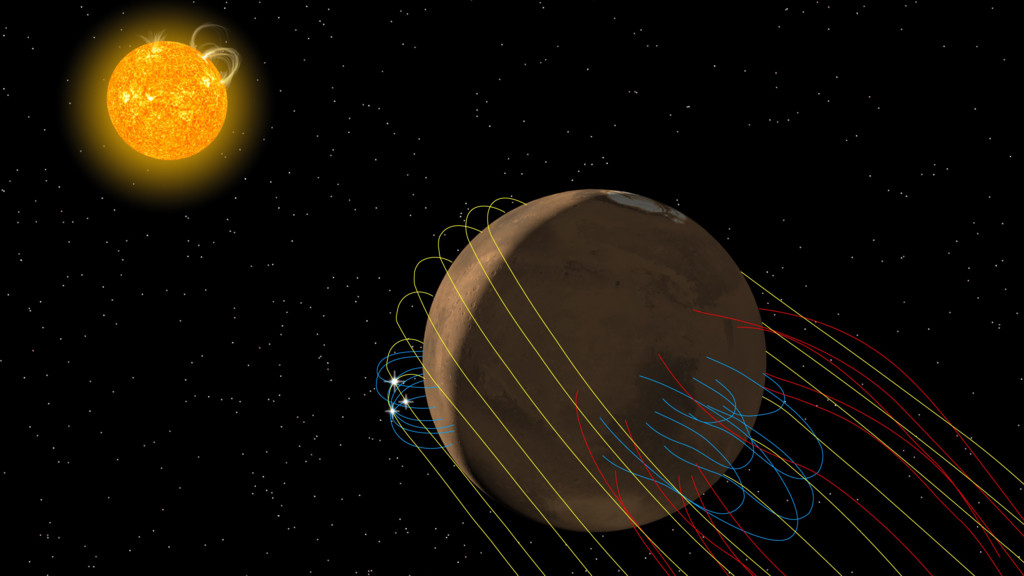 Browse other questions tagged mars rovers navigation magnetic-field or ask your own question.

4
Possible explanations to Mars' exceptionally strong magnetic anomalies
2
How strong is Sun magnetic field on Moon surface? And on Mars?

32
How could one navigate on Mars?
9
How could a fast powerful rover on Mars be powered electrically?
2
What are the drawbacks using an intelligent bulldozer on Mars for the assistance of a rover?
11
Differences in the design of a commercial Moon rover and a commercial Mars rover?
6
How many motors on the new Mars 2020 rover? (and other questions)
8
What was the driving record of each rover on Mars in one sol, and when?
8
How long could the Mars helicopter Ingenuity keep up with the Perseverance rover if it wanted to?
1
Could one use an adjusted idealized greenhouse model to calculate the local average temperature on Mars?
9
Could a Mars surface rover/probe be made of plastic?
7
Sending Mars rover to the Moon