Why have we not seen spin gravity testing in space? Artificial gravity created through centrifugal/centripetal force [duplicate]

Ask Question
Asked 6 months ago
Active 6 months ago
Viewed 191 times
2
$\begingroup$
This question already has answers here:
Why are there no spacecraft rotating for artificial gravity? (14 answers)
Closed 6 months ago.

Why have I not seen any spin gravity testing in space? Or, more accurately, artificial gravity created through centrifugal/centripetal force. I haven't heard of any tests in standalone spacecraft or attached to the ISS, or any station.

Many far future sci fis have massive spinning cylinder ships and stations, multiple km long. But what about the precursors to this... or simply those more realistic in terms of cost and materials needed, such as:

I've seen centrifuge tests done on the earth surface (which overpower Earth g but cannot eliminate it), but have seen none attempted in space so far. Space allows testing of Lunar and Mars levels of g. The tethered capsule could even be a very small setup for lab rats. This seems hugely important for longer duration space travel, considering all of the bad effects of microgravity. A tether could be sent up and attached to spin existing small containers or entire ISS modules. Or SpaceX Dragon capsule with its spent booster as counterweight.

The math and mechanics are not a problem. Getting materials strong enough at reasonable launch weights isn't a problem. Controlling the spin through motors and/or thrusters should not be a problem. Tests could start at days long, then weeks, then months, and so on.

Even small, relatively cheap steps haven't been taken to space, such as 1-2 tiny capsules of lab rats spun on say 30-50m of light cable, near the ISS (not even attached to it, to avoid any disruptions such as vibration). Or anywhere in LEO, with plenty of sensors and cameras inside to monitor things.

It seems very feasible... so I ask, why have I not seen spin gravity testing done in space? (I looked, I swear :D)

Even small, relatively cheap steps haven't been taken to space

Leaving aside the idea that there's such a thing as "cheap" in space: Sept. 14, 1966 - Gemini XI Artificial Gravity Experiment

Gemini XI separated from the Agena with their spacecraft pointed nose-down toward the Earth. Conrad and Gordon maneuvered their craft to keep the tether taut between both. By firing their side thrusters to slowly rotate the combined spacecraft, they were able to use centrifugal force to generate about 0.00015 g. "There is an artificial gravity field," Gordon said. "It makes the camera move back very rapidly." The tether was released following two orbits of the artificial gravity experiment, allowing Gemini and Agena to go their separate ways. 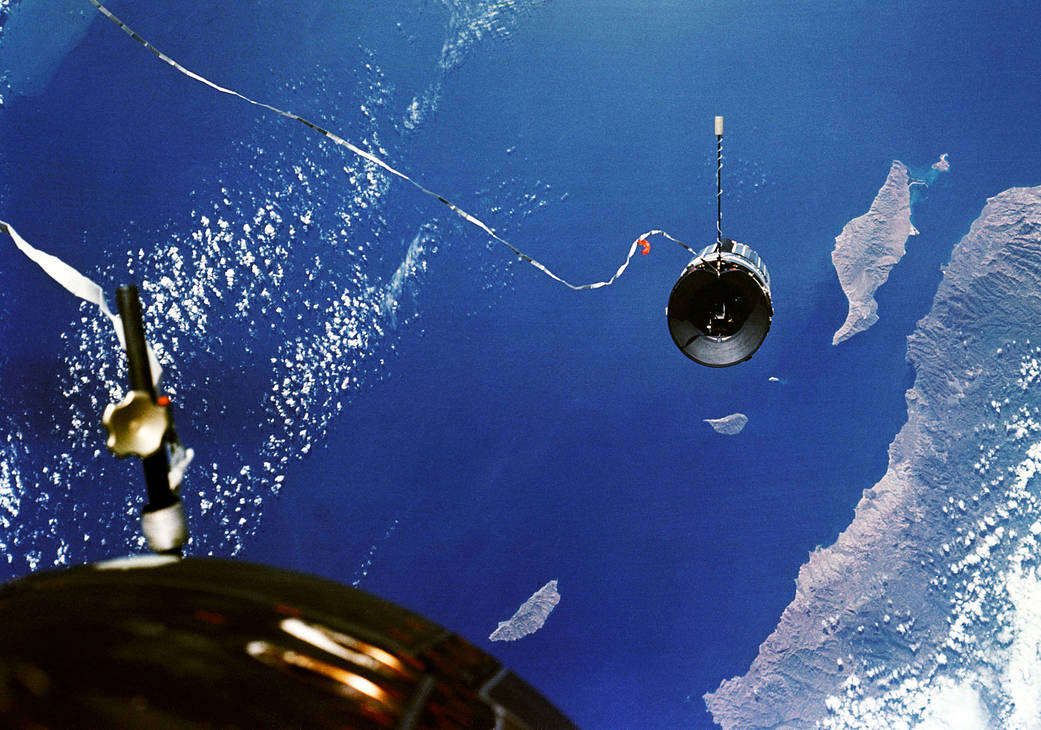 Not the answer you're looking for? Browse other questions tagged spacecraft space-station engineering artificial-gravity long-duration or ask your own question.