Does NASA consider Joseph Walker to be an astronaut?

Joe Walker was a NACA and NASA test pilot who flew the X-15 aircraft twice above 100 km, which FAI uses their definition of an astronaut. Flight 90 achieved 106.01 km, and flight 91 reached 107.96 km. The speed of both flights at 100 km was only a few hundred meters per second.

Even though he was never in an astronaut training program, does NASA consider Walker to be an astronaut? ("NASA" meaning any facility, website, or publication officially controlled by the National Aeronautics and Space Administration, and "consider" meaning an official acknowledgement or inclusion in a list of astronauts.) 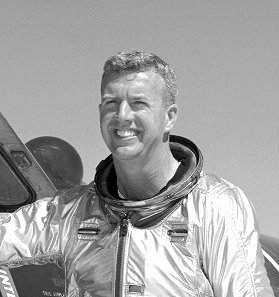 Browse other questions tagged nasa astronauts karman-line naca or ask your own question.

36
How did the X-15 control attitude above the Kármán line?
24
Reasons why liquid anhydrous ammonia fuel chosen for the X-15? Has it been used in other rocket engines?
-1
Could the $C_L$ of the X-15 be calculated from the flight data near the Kármán line altitude?

14
Does NASA hire foreign nationals as astronauts?
12
How much does it cost to train an astronaut?
8
Astronaut distance from Earth?
3
When is/will be the symposium to revisit the Karman line and consider the "McDowell line"?
4
Why didn't NASA re-use more astronaut crew members?
4
Ultra Safe Nuclear Technologies (USNC-Tech) has delivered a design concept to NASA, but what does NASA consider a "design concept" to be?
5
Could Chuck Yeager ever have qualified as an astronaut?