Was the Orbital Maneuvering Vehicle supposed to be crewed?

NASA studied another space tug design, termed the Orbital Maneuvering Vehicle (OMV), along with its plans for Space Station Freedom. The OMV's role would have been a reusable space vehicle that would retrieve satellites, such as Hubble, and bring them to Freedom for repair or retrieval, or to service uncrewed orbital platforms. In 1984, the Orbital Maneuvering Vehicle (OMV) preliminary design studies were initiated through a competitive award process with systems studies conducted by TRW, Martin Marietta Aerospace, and LTV Corporation.

Was this space tug intended to be crewed, or uncrewed? (Pictures might be helpful.)

The OMV was intended to be uncrewed.

There's a nice overview of it in the 1988 NASA document, Expendable Launch Vehicle Transportation for the Space Station [i.e. Space Station Freedom]:

The OMV is an excellent candidate for retrieval of logistics payloads delivered by ELVs in a stable orbit. The OMV is being developed by TRW for NASA to extend the reach of the NSTS in low earth orbit. The OMV is composed of two major elements; the Short Range Vehicle (SRV), capable of performing solo low energy missions, and an inserted Propulsion Module (PM). Three separate propulsion systems are used along with sophisticated avionics with rendezvous and docking capability. 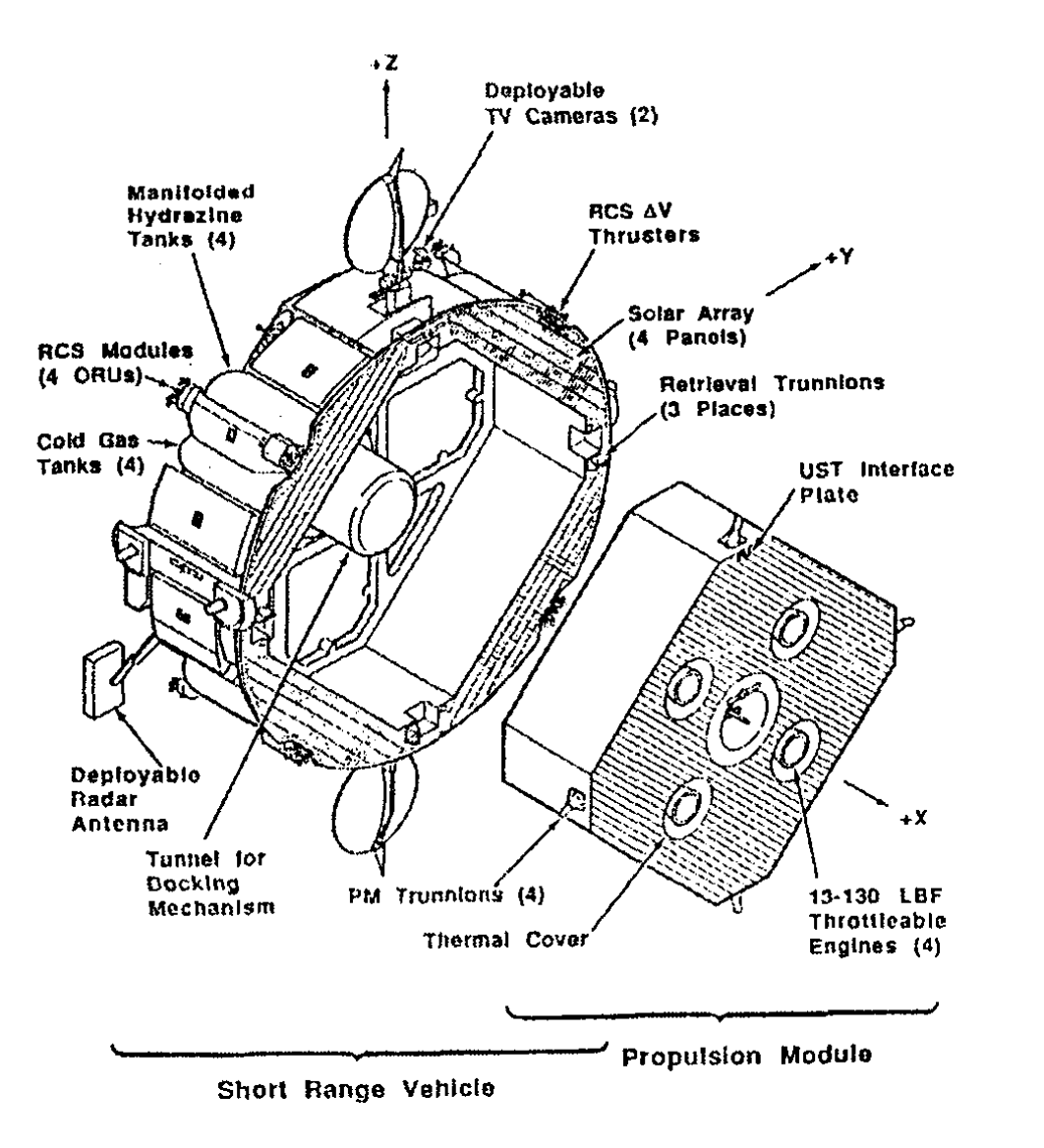 8
Does NASA have a space tug project to bring a habitable module to the ISS?
2
Will there be any additional benefits of reusability for the space tug?
3
Have capsule-free taxi spacecraft ever been seriously considered for non-emergency use?

82
What can the KSP game actually teach about spaceflight and orbital mechanics, and what are its limitations?
16
Which crewed spacecraft provides the gentlest decent and/or landing?
25
Which space vehicle had the most interior, pressurized cabin space?
2
Is there any kind of research on *sub*-orbital rendezvous-ing with a space tug outside the atmosphere?
2
Which build materials for a long-term crewed space vehicle? (no launch)
22
Was the Space Shuttle always crewed?
16
When was the last time that an incandescent light bulb was launched into space?