Did Skylab have several giant spirit levels? That's what these look like to me, except there's no bubble

The BBC's Skylab: The myth of the mutiny in space shows the image below of one big circular end bulkhead of the main Skylab main space, with an astronaut in the center hatch and giant air manifolds and other things attached to it.

I see four cylindrical devices that look like they are roughly 12 cm in diameter and 70 cn long. They have what looks like metal caps at each end and about half of the length is metal and the other half appears to me to be transparent (e.g. a glass or plastic tube) because it show almost the same color as the surface behind it, except brighter. That increased brightness and possibly other visual cues make me feel as though the transparent section is filled with a liquid.

The transparent section is divided into four sections with what looks like three black lines drawn at the "25%, 50% and 75%" points.

The whole structure looks to me a lot like a giant spirit level.

Question: Did Skylab have several giant spirit levels? That's what these look like to me, except there's no bubble. 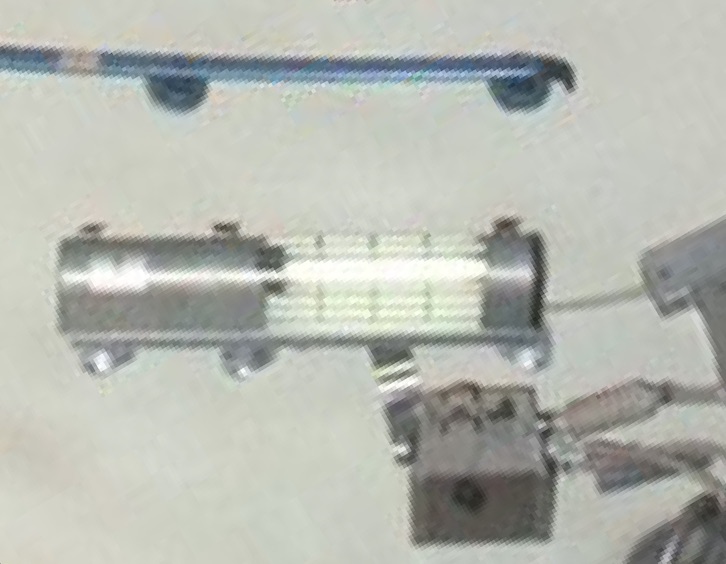 above: detail from the full image, cropped and rotated, below example of a spirit level. Source 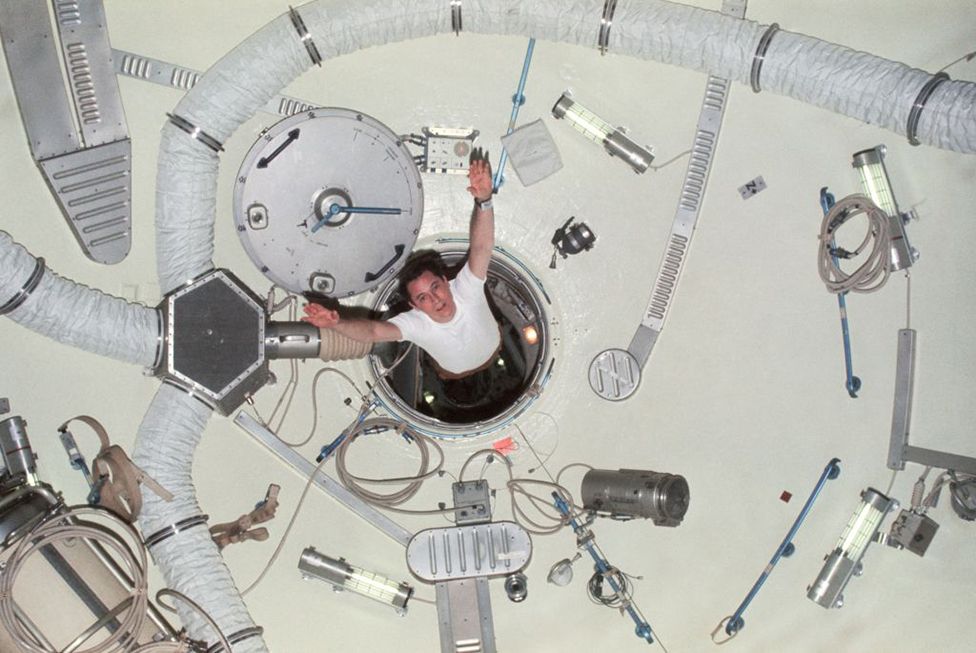 These are lights: I think they are fluorescent tubes with protective covers (you probably don't want them to break...).

It's hard to find really good information. However Skylab: A Guidebook (EP-107) contains a number of photographs which convinced me, at least. And then I eventually found this image: 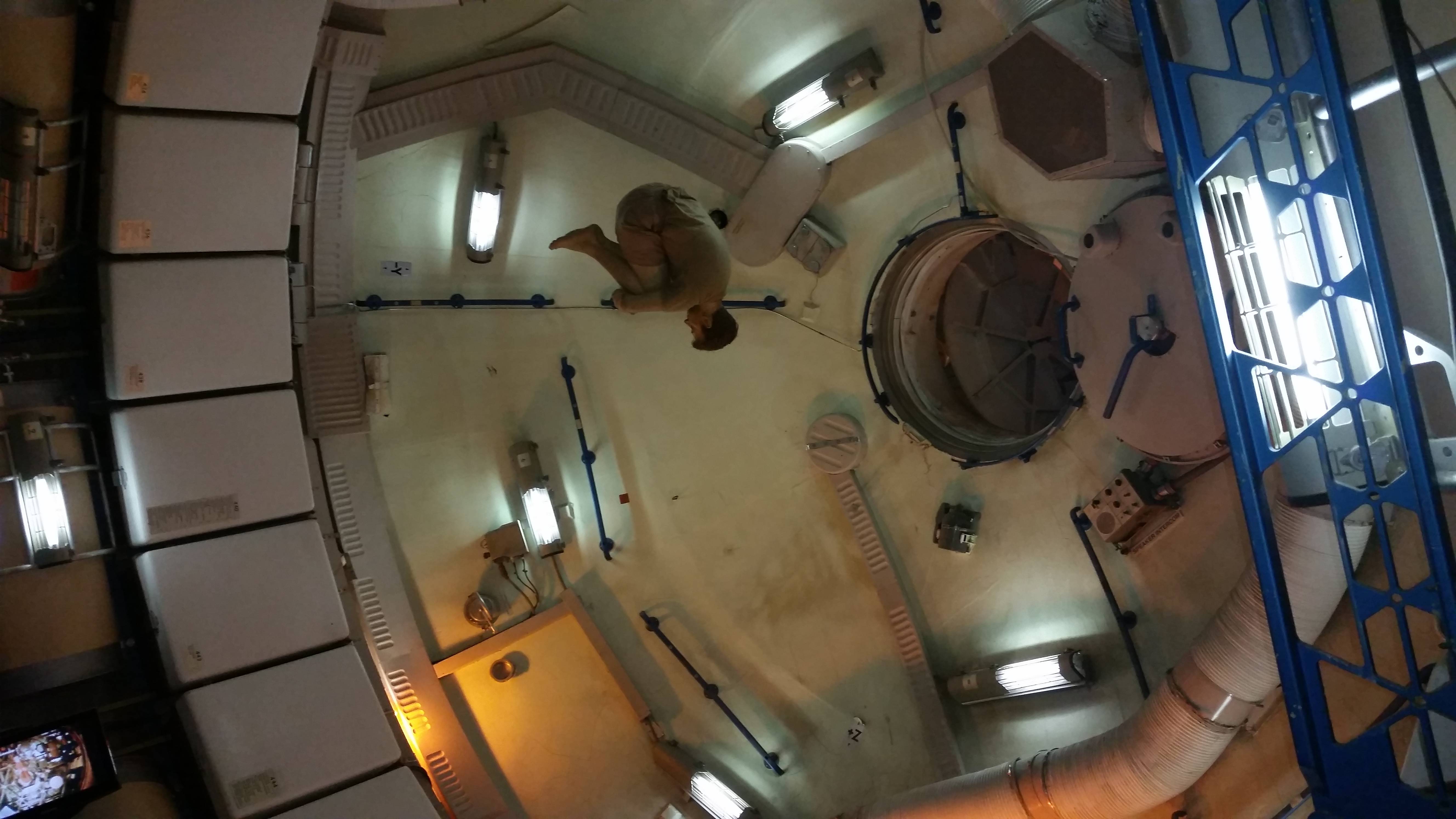 This comes from the Wikipedia page on Skylab so it's not a NASA source, but I think it's reasonably compelling. If I'm right it should be possible to actually go and see the simulator at the MSC to check.

There is further confirmation in MSFC Skylab Orbital Workshop, volume II (warning: large PDF file of a scanned document), which comes directly from NASA. On page 203 (marked '2.2.7-7') of this document there is a picture of one of these lights, and there is a lot of information on them on this page and pages around it. Thanks to Organic Marble for this.

On the other hand, if I got to build spacecraft they would most certainly have spirit levels, as well as rather expensive and ornate wooden panelling and seaspace chests for the crew. Perhaps this is why my proposals keep getting turned down.

Not the answer you're looking for? Browse other questions tagged history identify-this-object space-station equipment skylab or ask your own question.

11
What is Astronaut Sunita Williams wearing on their wrist?
10
What did Karman's original "Karman line" calculations look like?
4
What did JPL's 1939 lunar lander look like and what practical aspects of landing on the Moon did this engineering design address?
4
What did the Apollo 12 multispectral Four-Camera system look like?
3
Did Skylab astronauts really "go outside" to look at comet Kohoutek? If so, why?
3
What are these two little valve stem-like projections from the Northrop Grumman STAR 15G upper stage rocket motor? Why doesn't the STAR 20 have them?
7
What is this thing on the right of the frame in this photograph? (STS-71)