How efficient was Telstar's solar cell configuration, compared to a flat panel?

Telstar was a series of communication satellites first launched in 1962. The body of the satellite is roughly spherical, with much of the outer surface covered in solar cells. This gives the advantage of generating electrical power no matter which direction is oriented toward the sun. The disadvantage is that few of the cells are at the ideal perpendicular angle to the incident sunlight, and half of the cells generate no electricity as they are on the dark side of the satellite.

In contrast, most solar cells used on spacecraft today are on flat panels that are automatically oriented to the ideal angle of incident sunlight.

How does the power output of such a spherical solar cell configuration compare to a flat panel with the same area of cells? Surely the sphere generates less power than the flat panel, but by what percent? I would accept either an "ideal" answer using calculus (e.g. with an ideal sphere completely covered in cell material) or an "actual" answer using published values.

Some assumptions to make the comparison valid: Notice that the cells covered only a fraction of Telstar's surface. Therefore, the comparison should be with a flat panel with the same area of cells, not the whole surface area of the sphere. Include all cells (oblique, on the dark side) as part of the cell area. Because solar technology has improved over the decades, assume that the same types of cells are being used in both designs. 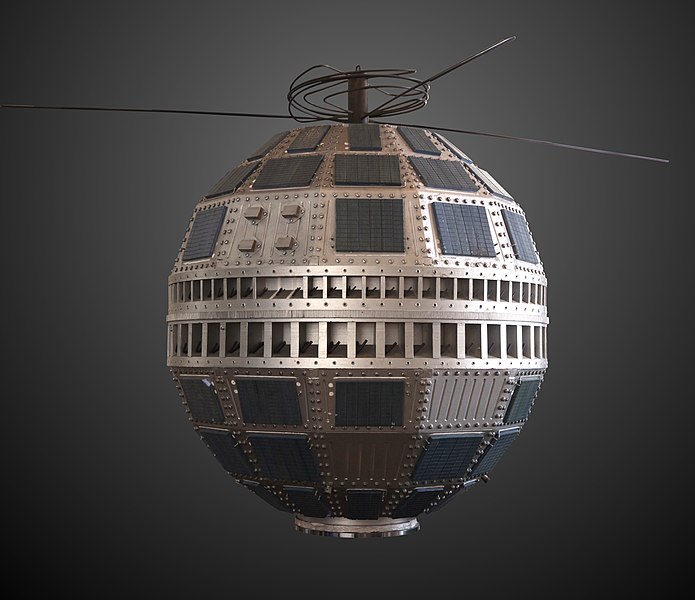 Browse other questions tagged design solar-power solar-panel or ask your own question.

22
Function of the separated, individual solar cells on Telstar 1 and 2? Why were they “special”?

9
Peltier cell as solar cell in space
3
Solar cell heating vs power draw
5
How are the silicon PV cells constructed in the ISS's solar panels? Are they as flexible as they appear here?
2
Why did Deep Space 1 use solar concentrators?
5
What criteria dictate solar panel design?
22
Function of the separated, individual solar cells on Telstar 1 and 2? Why were they “special”?
6
Mass ratio of solar-electric versus radioisotope thermo-electric power for propulsion; beyond how many AU do RTGs win?