SAR is a rapidly expanding earth observation technology and business model, partly because it can see through clouds and is day/night agnostic. As long as there is enough solar+battery power, local (spacecraft) computing power and bandwidth to the ground it is highly competitive with optical Earth observation for logistics (Where is all the stuff?) and topography (Has the ground risen or lowered a little bit?). See all the answers to How can ICEYE-X1 capture 2D high resolution SAR images in "tens of seconds"? for more, and How (the heck) was coherent synthetic aperture radar (SAR) implemented using photographic emulsion aboard Apollo 17? and How do radio astronomers avoid having their receivers burned out by ground-imaging radar from satellites? for fun.

There are several bright spots in the images; this is probably due to certain configurations of metal surfaces on the ships that either produce specular reflection (glint off of a mirror) or a corner-reflector like effect (the opposite of stealth aircraft shape design).

Question: But why are the star-like artifacts on certain very bright reflections star-like in shape? We see artifacts like this in optical telescopes (like the Hubble (optical) space telescope) with four vanes holding the secondary mirror (for more on that see below), but there are no secondary mirrors or vanes in SAR. What exactly causes this effect? 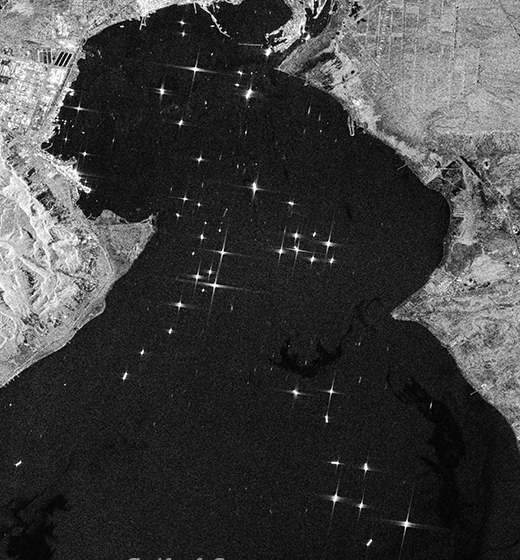 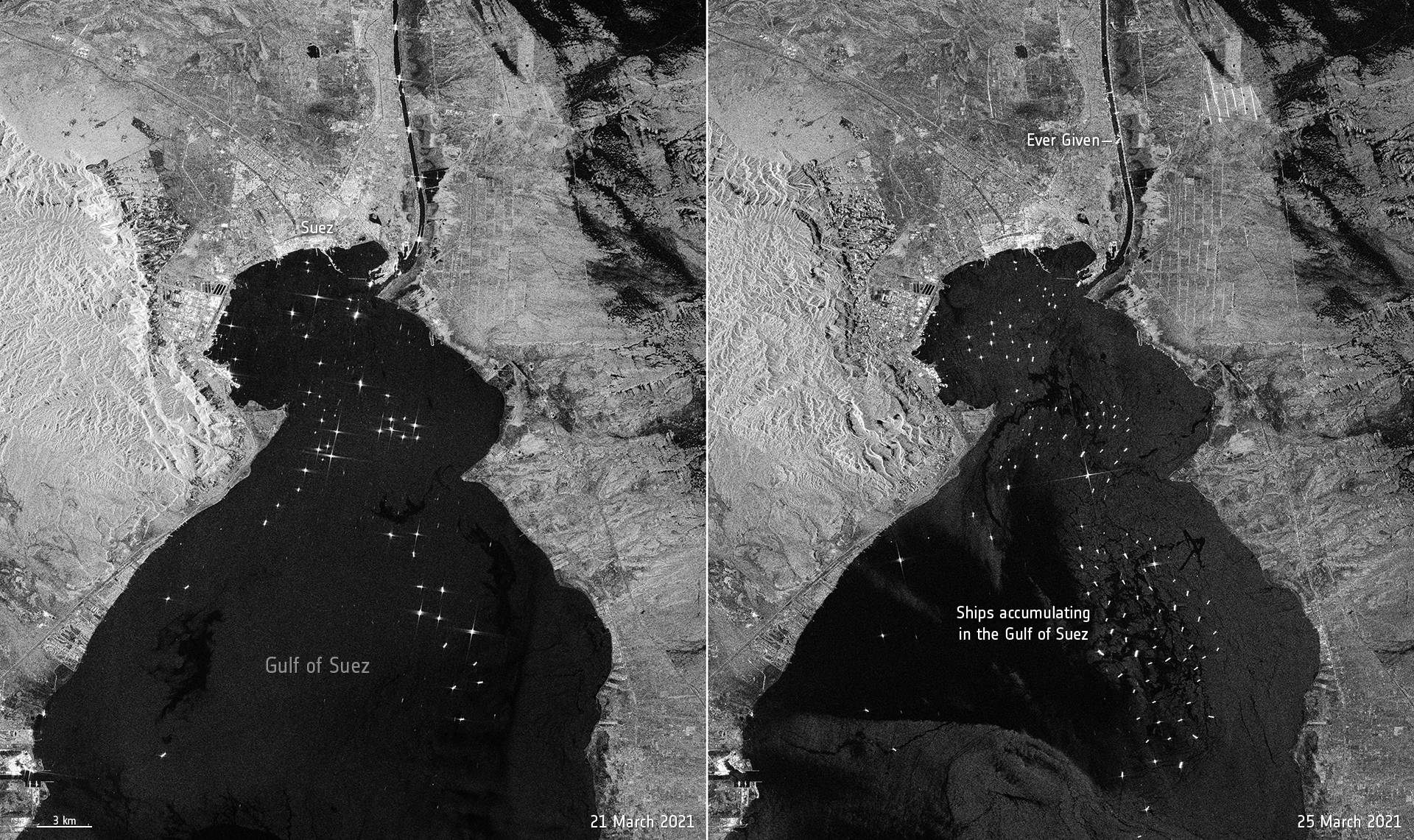 The sea surface reflects the radar signal away from the satellite, and makes water appear dark in the image. This contrasts with metal objects, in this case the ships in the bay, which appear as bright dots in the dark waters.

From What produces all of the small radial striations in this very overexposed image of a star by Hubble's WFC2? (the four big ones are from the vanes) in Astronomy SE 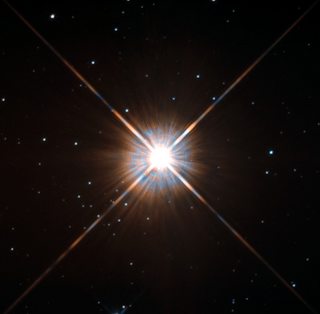 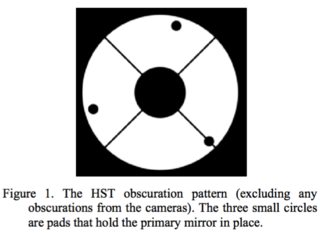 left: "New shot of Proxima Centauri, our nearest neighbour" Source right: from Does this telescope only have a 4 blade aperture? in Photography SE, originally from 20 years of Hubble Space Telescope optical modeling using Tiny Tim (paywalled, also available here and see this page) Note that the lines in the image going one way are produced by the vanes going the other way in the telescope.

Discrete Fourier techniques introduce errors in their terms that track with the sinc function. Any target in the image will produce side lobes like those in the following graph.

Strong reflections will create side lobes that have a higher amplitude than the background of the image. This is why the target appears to have a larger spatial extent than it really does. The reason it looks like a star, is that the side lobes spread in the direction of the grid used to process the image, as in the next image which is from this paper.

This dissertation discusses how to remove these artifacts.

The PSF [Point Spread Function] of a SAR system can be defined in different ways. For example, it can be defined in terms of the SAR system including the image processing algorithm. By using this definition, the PSF is an algorithm-specific sinc-like function and produces the bright, star-like artifacts that are noticeable around strong reflectors in the focused image.

Not the answer you're looking for? Browse other questions tagged physics identify-this-object mathematics earth-observation synthetic-aperture-radar or ask your own question.

3
How can ICEYE-X1 capture 2D high resolution SAR images in "tens of seconds"?
6
How (the heck) was coherent synthetic aperture radar (SAR) implemented using photographic emulsion aboard Apollo 17?
4
Space based active optical sensors for maritime surveillance
7
Are launch vehicles or payloads transported through the Suez canal very often? Ever?
6
Measuring and analyzing the tumble of space debris
2
RF information for ship detection
1
When they shoot lasers at the Moon for ranging, what is the shape of the beam?

2
Parallel orbits around the Earth - effectively?
3
How can ICEYE-X1 capture 2D high resolution SAR images in "tens of seconds"?
1
What is this combination tracking telescope and helical antenna pair? was it really used, and who is/was FlightLine?
3
What causes Hyabusa-2's close-up images of Ryugu to be dark in the corners?
1
What optical design is used by the GEDI's receiving telescope and how is the secondary held in place?
1
Which spacecraft can see plants "glow" during photosynthesis during the day, and what wavelength does it use?
6
How (the heck) was coherent synthetic aperture radar (SAR) implemented using photographic emulsion aboard Apollo 17?